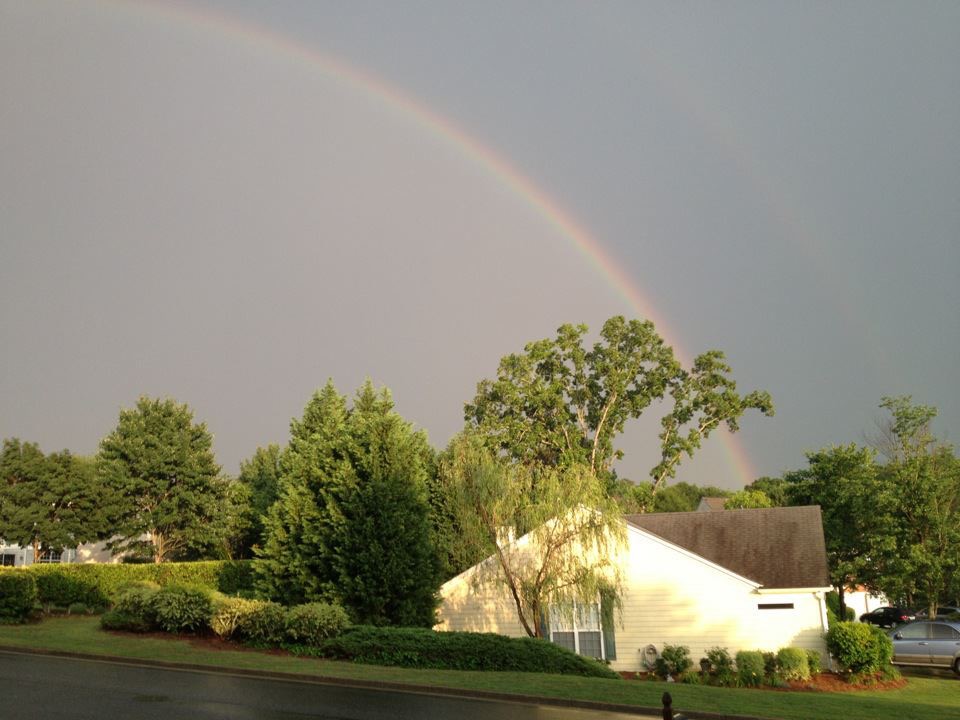 I was a young wife and mom that wintery morning in 1973. My husband hustled our young son over to the neighbor lady before leading me to the car. As I trudged through the snow, I saw my boy in the window next door. His face pressed against the glass, he was waving his hand and blowing me kisses, but I knew he wondered why he was there. We’d told him about the new baby coming, but that morning was so quick and hurried and anxious…we just said something like “be back soon.”

Neighbors from my early years to my later years...how they became a piece of my heart.

That picture of him in the window is forever in my heart. Annamae pulled back the curtains and grabbed a stool so he could look out. She probably hadn’t even had her coffee, was still in her robe, but she knew what a special moment it was. She’s in my heart too. A few years later my son started kindergarten and I returned to teaching. Most mornings my little girl peeked out that same window to wave bye to us. Both my kids were so lucky to have this sweet woman love and care for them in their formative years…how proud she’d be of them today.

We moved cross-country several times and always had nearby neighbors who enriched our lives. The art teacher across the street from our Kentucky home had two kids the same age as mine. He helped me start a Cub Scout troop for our two oldest boys.

In Massachusetts, the nearest neighbors welcomed us into their home with gin and tonics days after we moved in. Their son and mine became great buddies and their older girls became our babysitters. We learned how to be New Englanders from them. We’ve kept in touch all these years and I can’t wait to visit them again at their summer home up east in Isleboro, Maine.

A cozy cul-de-sac in the sunny state of Georgia gave us several neighbors who touched our lives and hearts. We were the older couple by then, but yardwork and pool duties pretty much kept things equal as we all helped each other. The kids across from our kitchen window played with our grandkids. The man directly across from us was the go-to guy for odd jobs, fixing things, and trimming shrubs when they became too high. The young woman next door helped the twins lose their fear of dogs as they played with her two Shelties. It became a cul-de-sac tradition to sit outside every Halloween to pass out treats. I loved those catching-up-with -everyone times as we gathered in folding chairs holding a drink in one hand and the goodie basket in the other!

There’s another picture in my heart from the night my husband died. Home from the hospital, I sent my daughter and son-in-law home, i just wanted to be alone. It was late…past midnight late. Juli, the Shelties’ mom, asked if I needed anything. Wine, can I borrow a glass of wine? I texted back. Three minutes later she was at my door, a bottle and two glasses In her hands. She stayed, we drank, I talked, she listened. I wasn’t ready to share with my family or girlfriends that night. But Julianna, my next door neighbor…she was just right for me In those first hours of aloneness. I’ll always be grateful to her for being there. Two months later, she brought her chair over next to mine on Halloween night so I wouldn’t have to face trick-or-treaters on my own. I want to have such grace and kindness to pay it forward someday. How lucky we are for those in the background and on the sidelines of our lives. 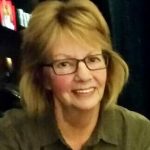 joan stommen
Retired reporter, teacher and principal. A grandma, traveler and blogger who still writes and substitutes when I’m not off on adventure.

10 Responses to Beginnings and Endings