Won’t You Stay My Neighbor? by Tom Steenburg
50
(58 Stories) 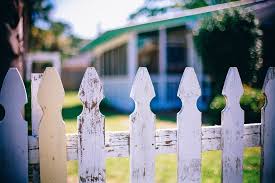 I have lived in many, many places over the years.  My longest tenure was at the second of the two houses I grew up in, from the time I was four years old until two weeks after my college graduation, when my parents decamped to South Florida.  In my other homes, neighbors came and went.  Not on our street.  The neighbors on each side, the “Fosters” and the “Griffins”, and our rear neighbor, Mr. “Troy”, were there when we arrived, and still there when we left eighteen years later. Talk about stability!

[T]he Fosters' marriage was the second for each. Seems that there had been an "exchange" at some point earlier such that two couples had simply, shall we say, reorganized.

Ours was a small city urban neighborhood.  No cookie-cutter houses, but lot sizes were pretty much standard on our West Side – ours was sixty feet by one hundred twenty.  Just the same as the neighbors.  Dutch Colonial was the style, and the houses were good-sized.  Not “large” but good-sized.

Does anyone ever really get to know one’s neighbors?  Do any deep and lasting friendships result?  Perhaps, but that was not our experience on my childhood street.  Relations were friendly and warm, but not close.

To our west, the Fosters were little different from our family.  Only two children, a girl and a younger boy, but our parents were contemporaries.  Dr. Foster was a physician, like my dad, but he had an office that was an extension of their home.  It was a corner lot so the office’s separate entrance was on the adjacent street. Because the properties were on the small side and the yards small, there were many occasions for neighborly light chitchat.  Whenever mom happened to be chatting with Dr. Foster over the hedge one could be sure that Mrs. Foster would soon make an appearance.  Never failed.  I don’t know how they knew, but my parents recounted how the Fosters’ marriage was the second for each.  Seems that there had been an “exchange” at some point earlier such that two couples had simply, shall we say, reorganized.  Maybe that’s why Mrs. Foster was so quick to come out when she spotted her husband and mom talking.  Gotta play defense.  I remember being amused that the Fosters had named their Irish setter “Colonel” and their fat housecat “Major”.  And still more amused when their daughter, Janice, married a new graduate of West Point. I wonder if the pets were in the wedding party.

To our east, the Griffins. Mr. Griffin was the local Budweiser distributor.  Years later our law firm represented a Budweiser distributor in southeastern Connecticut and I remember that the powers that be (were?) in St. Louis forbade their distributors from carrying other unaffiliated brands.  Not so in the fifties, it seems.  Mr. Griffin seemed to have a corner on all of the imported brands. I remember that he gave my sisters and me all sorts of branded souvenirs – pens, pins, etc. – with exotic brand names, like Tuborg.  I don’t know the source of their information but my parents had it on good authority that Mr. Griffin had been a bootlegger during Prohibition.  Perhaps that’s why he had such an “in” with foreign concerns. When I was a bit older Mrs. Griffin hired me to shovel their walk.  She paid well.  The Griffins also had a yappy dog, a Boston terrier named “Buddy”. (Of course; you were expecting “Miller”?) Perhaps my fondest memory was of their two-story-and-then-some blue spruce that abutted the southwest corner of their house and the edge of our driveway.  Each Christmas Griffin employees would string large blue Christmas lights on the tree.  At the time few homes had outside holiday lights, so this was a real treat. I eagerly awaited Christmas Eve when they would keep the lights on all night rather than turning them off at bedtime. I used to sneak down in the wee hours to look.

Mr. Troy, our rear neighbor was a more mysterious figure.  An older man (meaning probably fifteen to twenty years younger than I am now), he lived alone.  I don’t know whether he ever had a family.  He kept to himself.  My only interactions were the many times when an errant ball flew over our fence into his yard and I had to retrieve it.  When I was very young I was fearful, but Mr. Troy was kind.  He never said a word, just smiled and nodded at me as I found the ball and retreated.

Seventeen years after we left that house my sisters and I, together with our families, returned to town for a wedding.  We dropped by our old house and were pleased to find that the family that had succeeded us was still there.  I don’t know if our old neighbors were still around.  I doubt it, but perhaps our successors, the “Kramers”, were now the neighbors of longstanding to the abutting properties.  I’d like to think so.

10 Responses to Won’t You Stay My Neighbor?