Prompted By Hacks and Scams
16 comments. 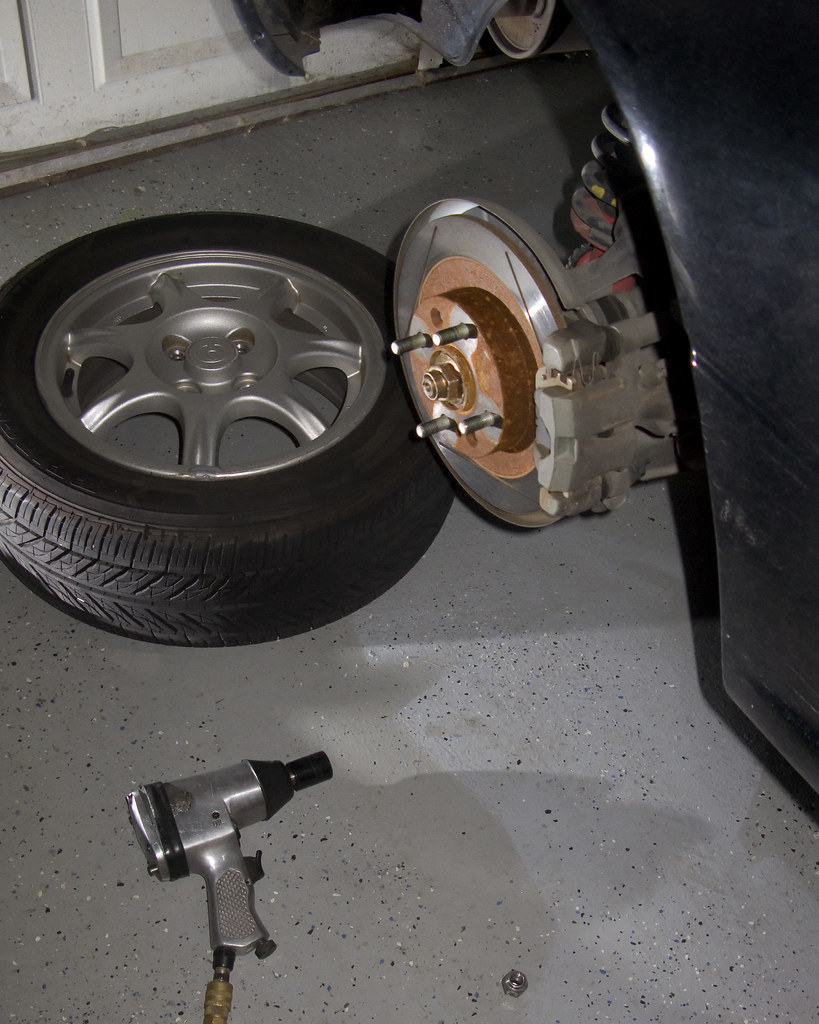 While the tenor of the prompt suggests modern day digital thievery the older variety of scams still abound.  A tire and car repair shop I used to use tried one on me, unsuccessfully.  It appears they were successful with my partner.  The shop, an outlet of Mavis Discount Tire, a chain with stores in many states but by no means national in scope, is primarily a tire shop, as its name suggests, but they do other work as well, especially “wheel-centric” work like alignments and brakes.  A few years back I bought a set of tires from them and I had used them for two or three years afterwards for swapping out regular and snow tires.  Last November I took my SUV, a 2017 model about eighteen months old with around 18,000 miles, to the Mavis shop to have my snow tires mounted and balanced.  When the car was ready the service manager told me that my brake pads were down to about 10-15% of their original thickness and that I should get them repaired as soon as possible.  That seemed ridiculous to me, given the age and mileage of the car, so I thanked him for the information and left.  The vehicle was still under a “no-cost service” deal, and it was due for minor service, so when I took it to the dealer for the scheduled service I told them what Mavis reported and asked them to look at the brakes.  When I saw my vehicle returning to the service reception area I found the service manager, who informed me “I don’t know what they were talking about, your pads are at about 95%.”  I suspect that had I fallen for the Mavis scam they would have done nothing and billed me for the brake replacement.

I suspect that had I fallen for the Mavis scam they would have done nothing and billed me for brake replacement.

I knew that my partner was at the same Mavis shop that same day for her winter tire changeover, so I called her to give her a head’s up.  Too late.  She had been told her brakes needed replacement and she authorized the work.  Her car is an older model with tens of thousands of miles, and it is conceivable that indeed the brake pads needed replacement.  Oh well.  Neither she nor I thought more about it.  Until yesterday.

Almost exactly one year ago, on the Sunday of Columbus Day weekend, twenty people were killed in a one-car accident in a small town west of Albany, NY.*  The vehicle was a stretch limousine created by extending a Ford Excursion, the largest Ford SUV.  The accident occurred when the limousine driver lost control of the vehicle as it descended toward a stop sign at a “T” intersection with another state highway.  There were eighteen people in the limousine; two victims were struck standing in the parking lot of a convenience store after the out-of-control limousine crossed the intersecting highway.  Only the driver of the limousine wore a seatbelt.  Investigators immediately focused on the pivotal question: why had the limousine not slowed as it descended the hill and approached the intersection?

This week the New York Times published a follow up article.  The limousine operator had brought the vehicle to a repair shop for brake service in the months before the crash.  The repair shop did not perform  the work. An employee falsified a state-required limousine certification and it appears that the shop created a false invoice that included power steering work as well as brake work.  According to the employee, the falsified invoices served to enable the shop to meet its sales quota.  The repair shop was an outlet of a large chain, whose spokesman, not surprisingly, denied responsibility.  The name of the repair shop chain?  Mavis Discount Tire.

* Two of the male victims and a woman, the wife of one of them, have the surname Steenburg.  I am not aware of any relationship but given the geography it is hardly out of the question.

What, Me Worry?
by John Shutkin