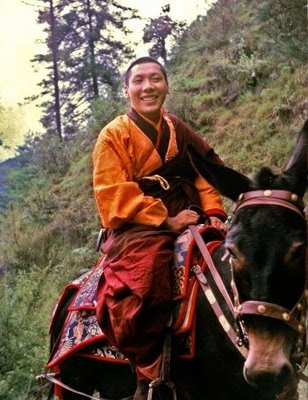 The Dalai Lama once said that he thought Buddhism was so alive in America and Europe because Westerners carried no Buddhist baggage with them. There were no centuries of priestly hierarchies, no tedious tomes of verse to memorize, no tradition-bound rules and regulations. Regardless of the Dalai Lama’s hopeful analysis, Western Buddhists sometimes replaced oppressive traditions with confused expectations.

...too complicated to categorize 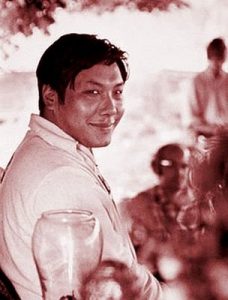 Rinpoche Chogyam Trungpa, — eleventh Trungpa, supreme abbot of the Surmang monasteries, scholar, teacher, poet, artist — practiced holy-tantric womanizing and devoted drinking among his varied rebellions against traditional Tibetan Buddhism. He appeared to many as a perfect teacher for the potentially holier-than-thou aspiring Buddhists of 1970s America. In his own words, Trungpa believed his mission was to shake up traditional Buddhism and merge it with everyday life. “When we talk about compassion,” he said, “we assume that means being kind. But it can also require being creative to wake a person up.” And wake them up he did.

On one occasion, when Trungpa was scheduled to speak in San Francisco, a crowd of Buddhist neophytes sat out-lotusing one another in a pristine, hardwood-floored and brick-walled meditation space. Sitting in perfect columns and rows, dressed in immaculate gauze and cotton clothing, long hair straight, clean, and shining, they meditated while waiting for the arrival of the master. 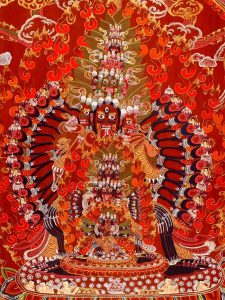 At the front of the room sat an ancient Tibetan throne, lent by a wealthy collector of Asian art. The great chair was ornately carved, a massive masterpiece. It was draped in fine Tibetan silks that danced with exotic colors and glistened under the low lights. On the floor, an elegant Tibetan carpet flowed down the stairs of the dais to lead the Attendant of the Dharma Ocean to his appointed place, elevated above, and at the head of the crowd of humble students.

The hour came… and passed. The devotees meditated, occasionally raising an ommmmmmm between them, sharing its collective energy and giving to it in return. Slowly, silence occupied the space, broken only by a car horn or sirens from a nearby fire station. Perfect lotus positions began to collapse. Buttocks shifted on the hardwood floor. Acolytes at the front of the room squirmed uncomfortably beneath the imposing tower of the great, bedecked throne.

In the silence, a faint scuffling rose up the stairwell at the back of the hall. The polished wooden steps gave off a creak, followed by a metallic clicking and a muffled giggle. The meditators maintained their positions. The clicks ascended the stairs and feet shuffled behind the curtains. A few heads turned, hesitant, then turned back to their focal point, the ornate throne.

A second round of giggles and an overly loud shhhhhhhhhh was followed by the snap and hiss of a poptop opening. The clicking resumed and those curious enough to turn saw a small man in gray flannelpants and a blue double-breasted blazer collapse out of a pair of aluminum crutches that rattled to the floor, accompanied by the clatter of beverage cans, a second giggle, drinking sounds, and silence.

Slowly, the congregation turned to face a beaming, handsome Tibetan face, surrounded by a handful of young Tibetan monks in saffron robes and a half-dozen young woman of mixed race and culture, dressed in chaotic rock n’ rag-tag splendor. The celebrated arrival sat, paralyzed legs splayed drunkenly before him, contemplating the people contemplating him.

Chogyam Trungpa, the eleventh Trungpa tülku, supreme abbot keeper of the dharma ocean, scholar, teacher, poet, and artist, had arrived. He grinned, giggled, and waved drunkenly at the people in the room.The group struggled to take the tableau in stride. Trungpa was drinking Rainier Ale, a powerful Seattle concoction commonly known as “The Green Death.” 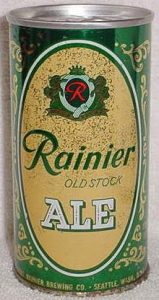 Trungpa pulled another can of Green Death off the plastic web of the six pack and snapped it open. Because the entire six-pack had slammed onto the floor with his collapse, dark ale foamed into a white spout as the amazed Trungpa watched. As the alcoholic ejaculation subsided, Trungpa exploded into laughter. He guffawed uproariously, his mirth infecting his entourage. The moment, however, that the gauzed and lotusing devotees began to laugh, Trungpa staggered to his feet.

With the help of several consorts, his crutches were propped under him. Nodding and smiling, he waited while an attendee hung the remaining cans of Rainier Ale on a crutch handgrip. Thus fully equipped, Trungpa began a drunken journey to the front of the room.

He began to speak in a semi-coherant British public school accent. He mumbled about the unending authenticity of human suffering and the relief of peace that would embrace suffering and bring compassion to everyday life, compassion that had to begin within one’s self.

Frequently breaking into giggles and laughter, he babbled on about the importance of breaking mystical expectations of the dharma and to use it as a way to connect with the basic goodness that is the right of every being, every moment, every action, every object.

He ripped another can of Green Death off his booze web and snapped it open, causing another geyser and explosion of laughter. He spoke of meditation as being non-religious and therefore accessible to all. He spoke of Buddhism as a pathway that might help humans realize an enlightened, compassionate and loving society. He assured his followers that this was their destiny. He staggered up the stairs, collapsed in his throne, looked around the room, laughed once more, and fell asleep.

So I became intrigued by this guy. Before my eyes, he proved to be the wisest, most profound drunk I’d ever heard or seen. I certainly didn’t become a follower, but I liked his form-breaking philosophy and behavior. Sure, he was unorthodox, a point in his favor. Yes, he seemed cruel at times, and that disturbed me, but he felt authentic. 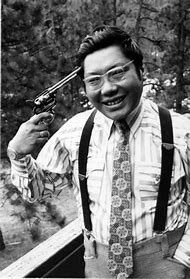 In my historical materialist’s mind, I speculated that the man’s uprooted childhood, his displacement and flight from the Chinese occupation of Tibet, had scarred him deeply and that the scars, despite the depth of his training, remained as vestigial evidence of the violence of his ancient, reincarnated youth.

Still, there was something happening there, that day in San Francisco. In the end, the whole drawn-out drama of Rimpoche ChogyamTrungpa — eleventh in the line of Trungpa tülkus, supreme abbot of the Surmang monasteries, scholar, teacher, poet, artist, and originator of a radical re-presentation of Shambhala — remains too complicated to categorize.