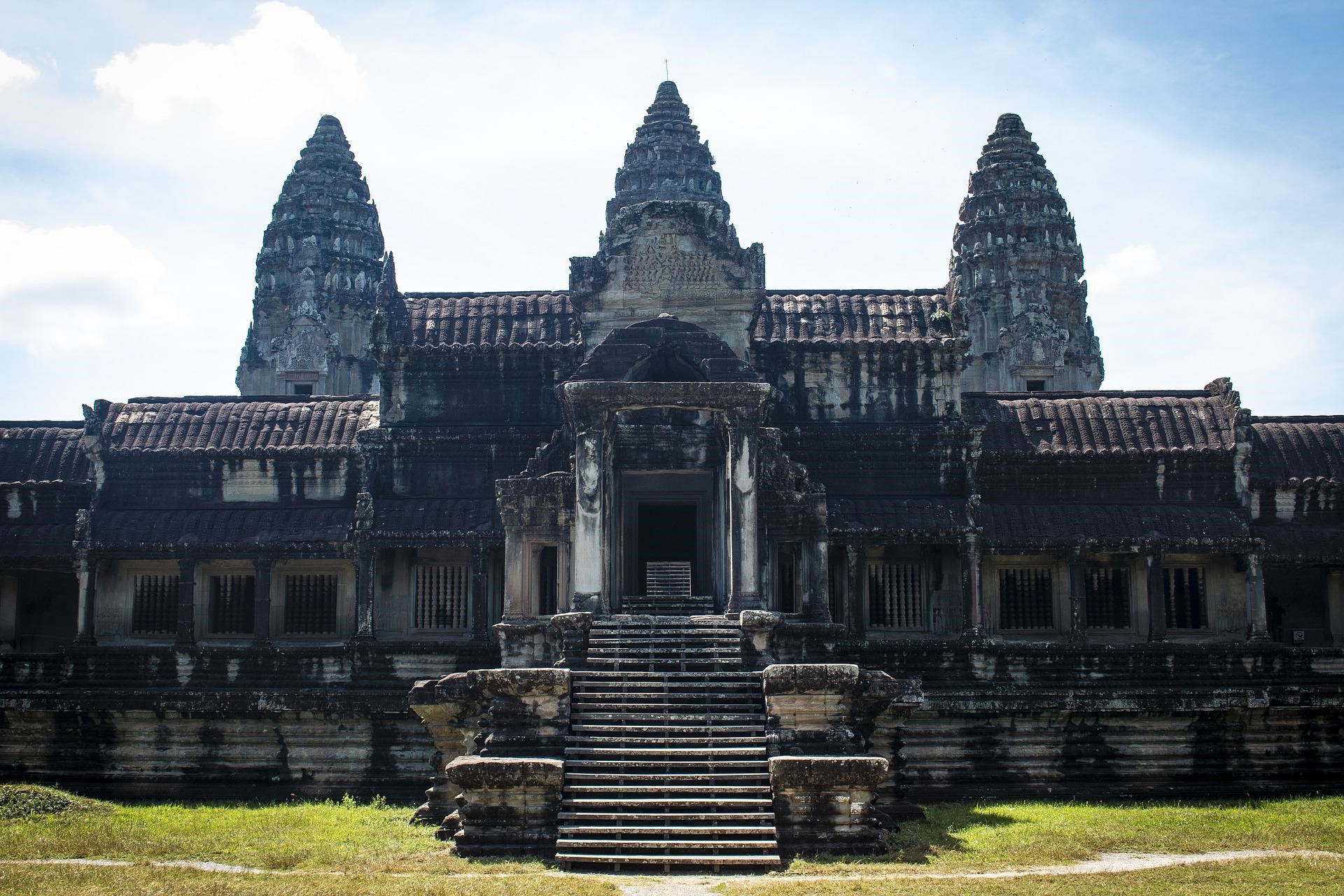 Ankgor Wat, the temples most associated with Cambodia

At the company I worked for in 2007, my cubicle was catty-corner to the systems engineering group. Nearest me was a soft spoken, extremely beautiful Asian woman named Channy. While we seemed to have little in common, something resonated between us that I couldn’t explain. We became friendly over the course of a few months.

"Then ... I can tell you," Channy said. "As a teenager, I survived the Killing Fields of Cambodia under the Kmer Rouge."

One quiet Friday afternoon, a few months after we had met, Channy came to my cubicle and asked, “Marian, are you Jewish?” “Yes,” I replied.

“Did you lose any family in the Holocaust?”

“Not any immediate family, but we assume my most of my parents’ relatives perished, except for one family who came out of Romania and one distant cousin who got out of Ukraine and went to Israel.”

“Then you will understand and I can tell you,” Channy said. “As a teenager, I survived the Killing Fields of Cambodia under the Kmer Rouge.”

Channy then related that her family was ethnically Chinese, though having lived in Cambodia for generations. Their ethnicity, and her father’s business success, made them targets for labor and re-education. They were sent to work camps, where they nearly starved, and lost everything. After the Kmer Rouge were defeated, the family was sponsored by a Christian church group in Nebraska, and Channy resumed her interrupted education, graduating from college with honors. She explained that, for all those years, she hadn’t been able to talk with anyone about the horrific time she endured, and wanted to first talk with someone who had been touched by genocide, however distantly.

I listened closely, inviting Channy to talk whenever she needed to, but she did not mention her trauma again. A few years later, Channy was laid off, to the consternation of most in the company, who respected her talents and work ethic. I lost touch with her.

About two years ago, during the depths of the pandemic, I received an email from the local Jewish Family Services organization about a Zoom talk. Channy would be presenting an hour-long discussion of her experiences in Cambodia as part of a set of programs to educate the younger generations about the Holocaust and about genocide in general. It turned out that after being laid off, Channy changed careers and began marketing Cambodian sauces adapted from her family’s recipes, which led to a successful business. She then wrote a book about the Killing Fields era and what her family endured. Before the pandemic, she had been going to high school classes to educate the students about what happened to her.

The talk Channy gave was bone-chilling in its terrible details. This story can’t do justice to her descriptions of walking through soggy rice fields for hours in the monsoons, doing back-breaking labor, then walking back to a hut, with some rice to eat if she was lucky. At least the family remained together for a lot of this time, and Channy’s mother was a strong influence in helping them to survive. Channy, her parents, and three of her four siblings made it through. The youngest brother died, although she wouldn’t say how.

Hearing such stories, it seems that each generation has refugees from terror, and it was maddening that no one could stop what happened to Channy, although wonderful people helped her here in America. A small consolation was that, on a quiet Friday, I could help start a healing process for Channy by listening to her story.