Personally I feel what most people consider a disaster in reality is quite the contraire. Not at all unlike the way most people see events in life, so many seem to see the dark side of so much instead of the light on the other side. This is the way man has survived countless centuries. Since the beginning of time it was disasters that taught man what to avoid which in turn saved him from extinction.

Hundreds of years ago when a caveman reached in to the fire for whatever reason and was terribly burned he probably thought of it as a disaster; one that involved great pain. But in reality it was a much needed lesson. One could say it was a lesson that could save his bacon in more ways than one. From that moment on he had learned from an experience and could now teach others of the consequences.  His disaster was good for him and mankind would benefit for it. 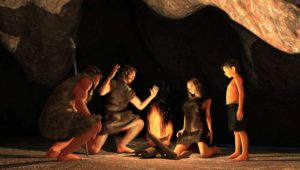 Newton’s third law is: For every action, there is an equal and opposite reaction. This can easily be applied to disasters as well. From that day on when the caveman saw a flame he knew to stand clear thus ensuring no pain and in fact being happier for it as a result.

Over the years disasters have made us stronger, safer, smarter, and happier. For example, because car wrecks have caused so many deaths, engineers were forced to build safer automobiles.  Because earthquakes destroyed homes, architects were forced to find ways to retrofit and design safer dwellings. Because of illness, sickness and disease, researchers and doctors found ways to treat and prevent pain and death. The list goes on but the reality is that without disaster the quality of life would be poor at best.

Life as the result of a disaster is in the eyes of the beholder. In caveman’s time so much knowledge was needed to be gained before any semblance of what could be considered an improvement to the quality of life would ever be expected. As crazy as it seems we should be glad there has been so much devastation over millenniums of time simply because of lessons learned which helped make our would a safer, better place to exist.

When I was a boy there was a freak accident which caused me to go blind. I did not see the light of day for four and a half years. Naturally my mother and father saw it as a disaster. In realty, for me it was anything but. They say when someone loses one of the five senses, (sight, smell, taste, touch, and hearing.) the other senses will grow stronger. I can assure you this is positively a truth. I can also tell you that for some there is another factor overlooked as well.  It’s our sense of desire. When the doctor told my mother that I would never see again she believed it to be a disaster. While I will admit there was some trepidation on my part I must say not once in my life did I ever truly believe what the doctor said would ever stop me from having an amazing life. Instead of being sad I began dreaming up ways to make the best of it. I literally didn’t see the darkness; I chose to look for the light. 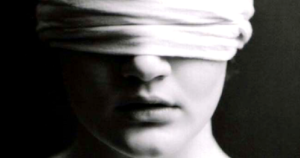 While desire may not be defined as one of the senses, the reality is its one of our strongest attributes and should be considered a sense. Everyone should be born with sight, smell, taste, touch, hearing and yes, desire. With desire comes determination and the need to succeed or to be better at something. In my case, there was the strong desire to be able to play with others my age and to be able to do the things they could do and to do them as well or even better. But that desire only increased with time.

Having known the reality of being blind I now had a whole new appreciation for sight and the doors opened because of it. Because of the accident I lost the majority of my depth perception but because of desire not only did I find a way around such loss but in fact learned ways of overcoming it. I went on to achieve what I considered many great accomplishments some of which included setting records as a race car driver and an Olympic marksman. I sought those doors and looked forward to what lay on the other side. 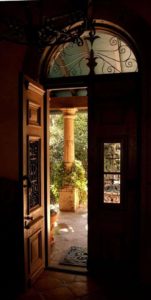 I remember his reply the day I asked my Olympic coach why he chose me above so many other athletes. He said, “Funny isn’t it, you were the smallest, you had many bad habits, you smoked, drank coffee, and had no depth perception and wanted to be a world class marksman. I was just grateful you didn’t want to be a boxer or a brain surgeon. But what you did have more than anyone else was desire and determination. Do you remember the day we went to the county fair? While you were trying to win a stuffed animal by shooting out a star everyone behind us kept telling you the game was rigged and impossible to beat. But you didn’t allow their negative comments to distract you and you just kept telling the guy to give you another round. When all was said and done, the perplexed look you left on the carnival worker’s face was priceless and we came home with a trunk filled with stuffed animals. It was that very evening when I realized I had never met such a determined personality in my life. That was the night I decided to make you my protégé. I have never regretted that decision.”

I believe had I never been blind I would never have developed such a strong desire or determination to do something to such extreme perfection. Can you see what some may have thought of as a disaster actually became a dream come true?

One has to realize there will in fact be more disasters and lessons to be learned both of which will not only help prevent the extinction of mankind but assist in a better quality of life for future generations to come. The good news is, today there is less need to live in fear than there was in caveman’s time. If I could teach only one lesson, it would be to teach others to stop seeing the negative in daily events even those thought of as disasters. Instead I would hope everyone would learn to see the positives. They are many. When someone dies, don’t be sad their gone. Be glad they lived. When there’s a flood, don’t be sad it rained. Be glad the sun will shine again. We can choose to allow disasters in life to sadden us or we can choose to find ways to understand how they will in fact help us find a better quality of life.  Seeing the positive is a healthier choice, ironically sometimes brought about by disaster.

3 Responses to Do You See The Darkness Or The Light