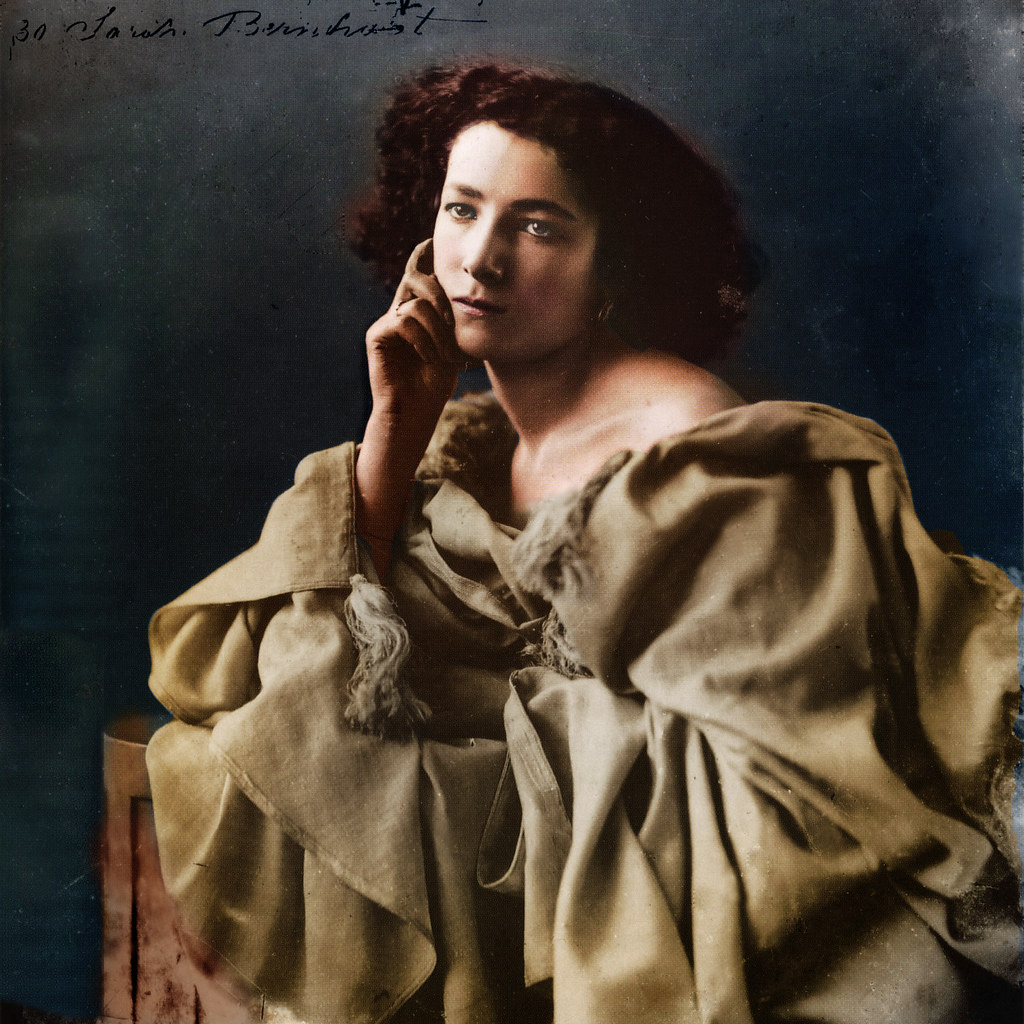 Sarah Bernhardt — quite the drama queen

My parents believed my emotional outbursts and strong statements of opinion, not even at the meltdown level, were unacceptable. As a child, whenever I became upset or protested anything, my parents told me, “You’re a real Sarah Bernhardt.” I had no idea who she was but the message was clear. I was to keep the drama to a minimum and comply with whatever was expected of me.

As I grew older, I learned to embrace the Sarah Bernhardt in me. I came to see it as having the courage of my convictions and the ability to stand up for what I believed.

My friends who also grew up in the fifties have shared that they were told the same thing whenever they expressed strong feelings. We knew as children in our parents’ homes that any expression of emotion or opinion that contradicted our parents would result in the label, which I hated. If I protested drying the dishes because I needed to study for a test or became upset about anything said at the dinner table, one of my parents would play the Sarah Bernhardt card. My reaction was to flee in tears, slam my bedroom door, and cry. No one came to console me. The rules of the game required me to emerge, apologize, and comply with whatever it was that set off the storm in the first place.

It wasn’t until college that I dared to be overtly rebellious and participate in an actual protest. During my years at the University of Michigan, I attended rallies for civil rights and argued with my parents about my protesting the war in Vietnam. Teach-ins were popular and I attended several of these in which professors railed against the war. I even snuck away from campus for a long bus ride to attend a war protest rally in D.C. in 1965. I never told my parents I did this and was back in time for my usual Sunday evening call. 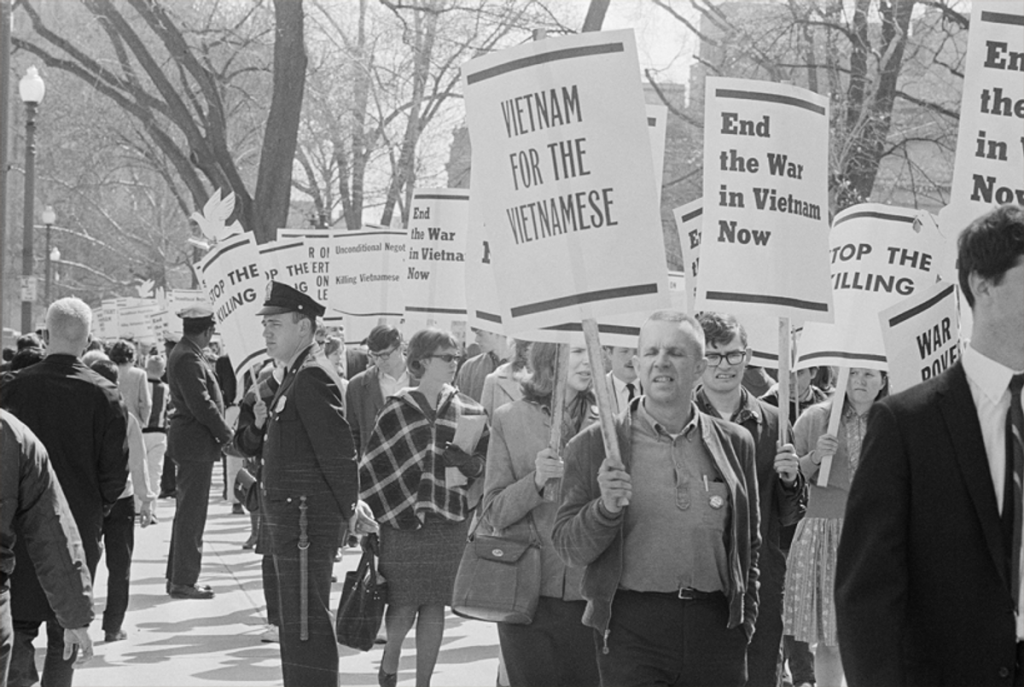 The university was always buzzing with new left ideas that appealed to me. Tom Hayden had graduated Michigan just before I arrived, and his political imprint could be felt. The Port Huron Statement and Students for a Democratic Society (SDS) were his legacy. We were finished with the Eisenhower years and energized by the new, youthful President Kennedy. I was young, idealistic, pro-civil rights, and anti-war. So, I protested, marched, and demonstrated, but never did enough to call attention to myself, fearing my parents’ reaction to this Sarah Bernhardt-like behavior.

I graduated in 1967, which was quite a year to be launched from college into the world. Protests against the war in Vietnam were erupting all over the country. Parts of my hometown of Detroit would soon be destroyed in race riots, precipitated by a police raid of an unlicensed, after-hours bar. This incident exploded into five days of one of the worst riots in American history, and the destruction included the block that once housed my grandfather’s tailor shop. 43 people were killed, 342 were injured and 1,400 buildings burned.

Hell No, We Won’t Go. This was one of many chants I remember from protesting the war in Vietnam and the draft. And the truth was, most of the guys I knew didn’t go. I don’t blame them. Some received deferments for teaching. Some stayed in college and then went to graduate school to delay the draft, hoping the war would end before they ran out of education. Attorneys, doctors, dentists, nurses, and veterinarians could put off serving until they finished their training. You could also join the Peace Corps or use a connection who knew someone on your local draft board. The point is, if your family had money and privilege, you were far less likely to be drafted.

Still, the prospect of being drafted and sent to Vietnam had a huge impact on the lives of my generation. My husband was in medical school from 1967 to 1971. He rolled the dice despite receiving a frighteningly low number in the 1970 draft lottery. He gambled that the war would be over before he was drafted as a trained physician. Luckily, he guessed correctly. I was all set to pack up our infant son and flee to Canada if he was wrong. My younger brother spent a year “studying” in Canada and would have stayed there. But for him, 218 was a pretty safe number in the draft lottery, and he came back to the states the following year.

So, who did go to Vietnam aside from the fictional Jack Pearson on This is Us? Many of the boys I was teaching in my Basic English class back in 1967-68 ended up there because they lacked the grades to get into college. It wasn’t the best time to be teaching high school English in that era. My students, both those on the track to be drafted into the war and those who were college-bound and able to avoid it, questioned the relevance to reading A Tale of Two Cities or learning about figures of speech. I understood. The war hung over their lives, and it was a war that made no sense to them or to me. It definitely felt like the worst of times, so I protested whenever I could.

The Vietnam years were a bad time for our country, leading to a generational divide, as fathers who had served in World War II debated with their sons who didn’t want to serve in Vietnam. The Greatest Generation rejected their long haired, protesting, unpatriotic, draft-dodging kids. It was clearly a time of inequity in terms of who fought and who had the means to avoid service. 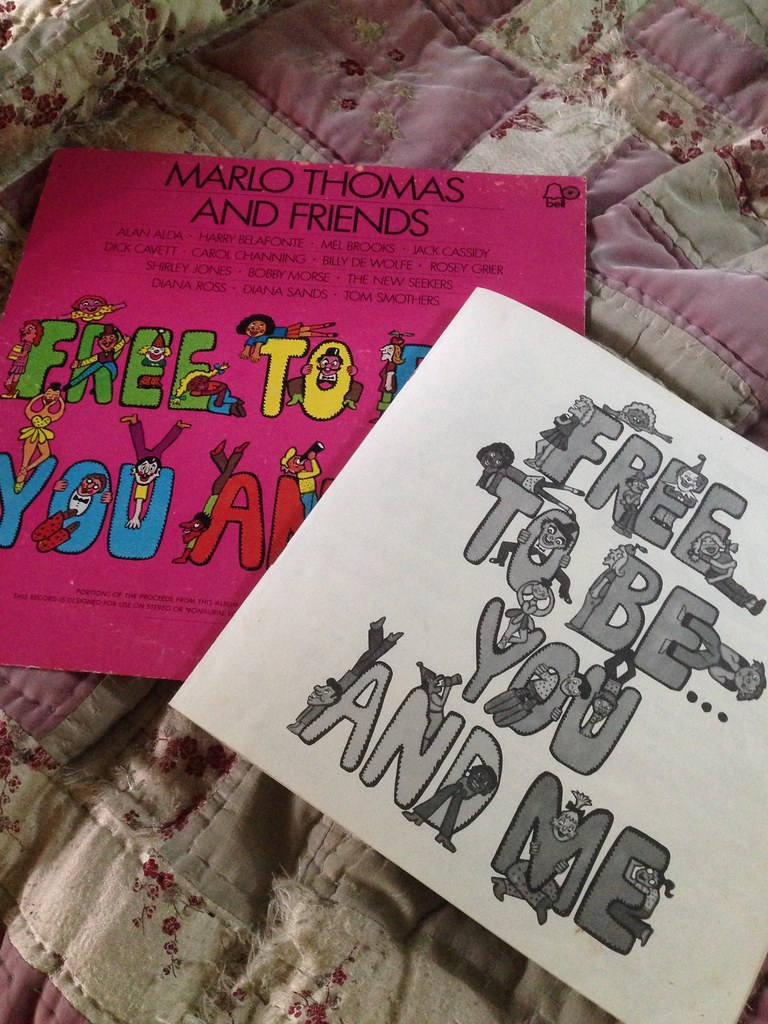 When the war ended, I naively thought my protesting days were behind me. It was during my years as a stay-at-home mom of three children that some of my rebellious tendencies resurfaced. Maybe it was the inequity of being responsible for every aspect of my kids’ lives while my husband worked long hours to bring home the bacon. Maybe it was having two daughters and wondering how life would treat them. Maybe it was the struggle to raise my children to feel “free to be you and me.” I felt compelled to be own agent capable of making my own choices. This was the era of my feminist protests.

I joined a task force to effect changes in children’s literature to make it less sexist. I boycotted books and toys that perpetuated stereotypes. My kids all wore Oshkosh overalls and played with non-gendered toys. This feminist movement had to be a girls-only club, as past experience had taught us that even men with the best intentions dominated discussions and saw women’s liberation in terms of how it related to them. 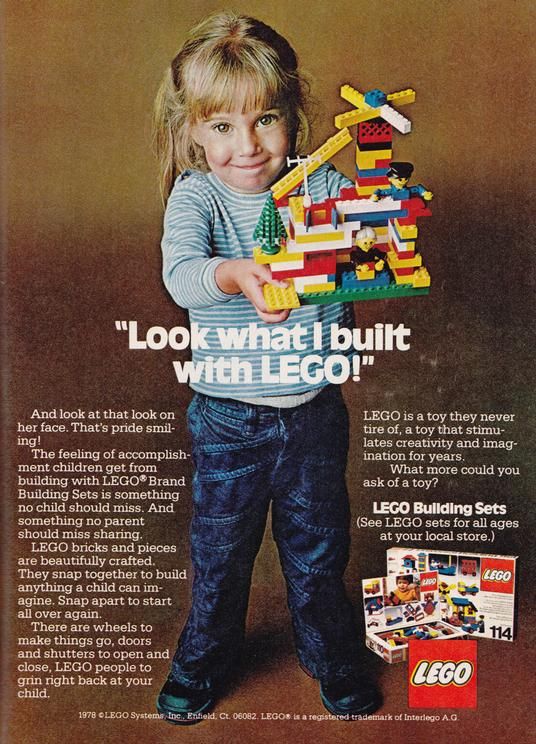 Despite the feminism of the time, the prevailing attitude was that men were more important and valuable than women in terms of supporting the family, and therefore they were entitled to more promotions and greater pay. We could get jobs outside of the home, as I did when my youngest went to kindergarten. But mine was as a poorly paid preschool teacher so I could be home to attend to all of the children’s needs. My earnings were extra but not needed. Even going back to school in the evening to earn a Master’s in early childhood education and becoming a preschool director had to fit around my family’s schedule. So, I threw in the towel on feminism and refocused my protests on issues related to education.

There was never a shortage of things to protest. Teachers were underpaid and yet held to educational standards created by people who had never taught and had no clue how young children learned best. Children were subjected to an excessive amount of standardized testing that was culturally unfair and generally meaningless. Students in special education were short changed, treated poorly, sometimes even abused, and did not learn. The list of things I protested through serving on committees, writing reports, and eventually blogging seemed endless. 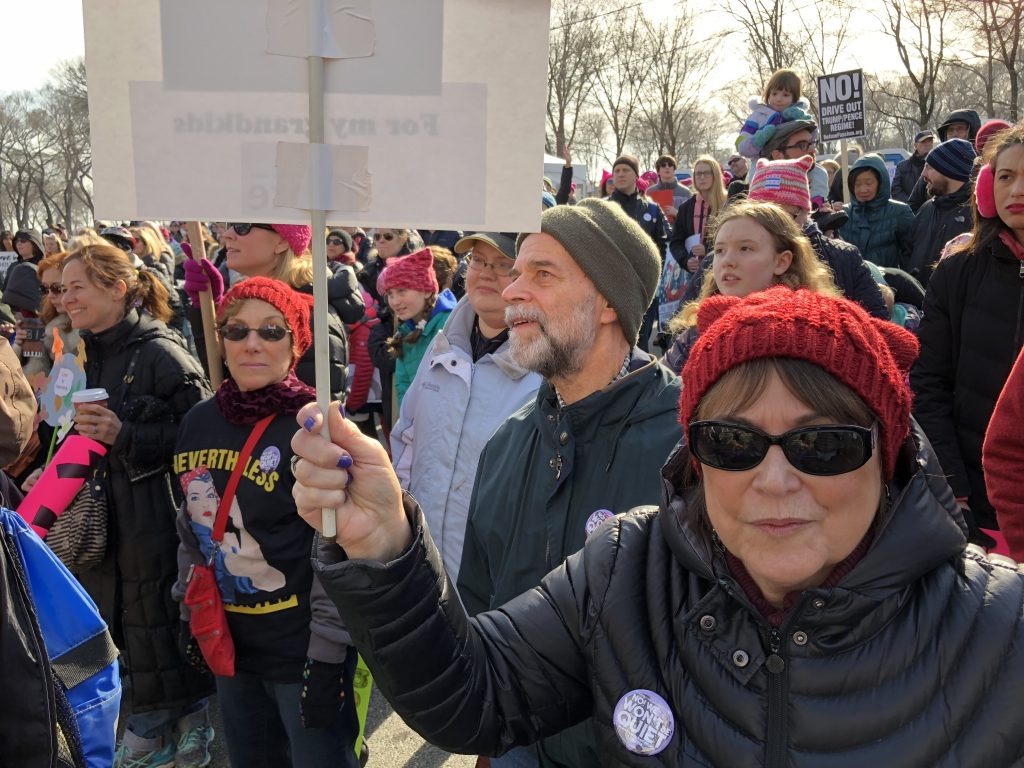 With my pussy hat at the Women’s March

After I retired, I still cared deeply about educational injustices. But as the years went by, I did less protesting. I was too far from the front lines. I had crossed the threshold into my seventies. Time to chill out, read good books, enjoy my grandkids, and write memoirs about how life was “when I was a kid…” And then came the election of 2016. Was it possible that enough of my children’s and my generation and would elect @realdonaldtrump to be President? Yes, they did. I tried my best to prevent this outcome, but here I was in January, 2017, holding a sign in the Chicago Women’s March. I had protested against President Johnson for his Vietnam policy and Nixon for just about everything he said and did. I never thought anything could be worse than that era or that I would despise a leader more than Richard Nixon. But, yes I did. 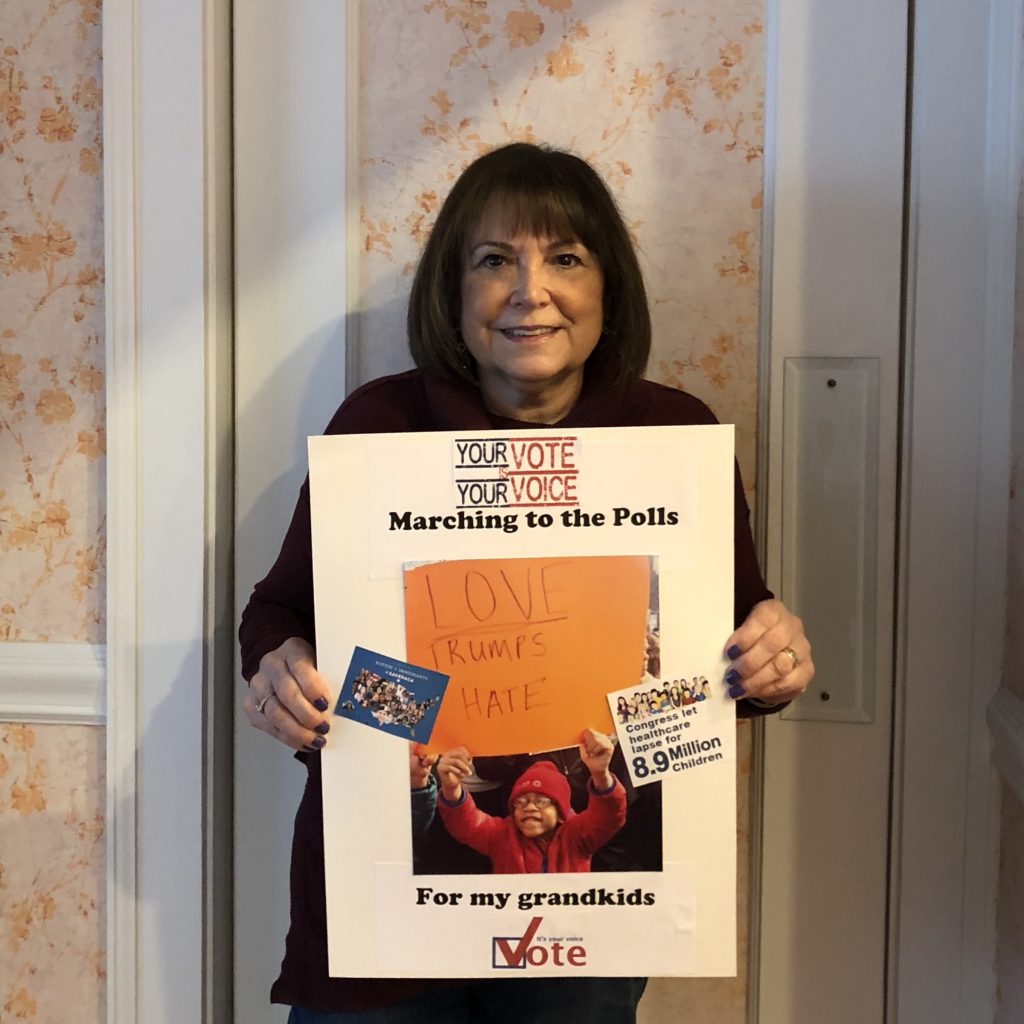 This brings my story to today. It’s 2020 and I have spent the last four year protesting Trump’s policies: trying to end Obamacare with no alternative, disbanding environmental regulations and withdrawing from the Paris Climate Agreement, mistreating immigrants and asylum seekers, separating children from their parents at our southern border, getting rid of regulations meant to protect us, appointing Kavanaugh to the Supreme Court, ignoring and actually encouraging racism, making himself above the law, giving tax breaks to the rich, bungling the coronavirus response… the list is endless. We have endured a cruel, unemphatic, unengaged, divisive, uninformed, sexist, bullying, colluding, cheating, lying… I can’t even think of all of the adjectives that apply to this man.

As I grew older, I learned to embrace the Sarah Bernhardt in me. Rather than seeing it as being undesirable, a drama queen, I came to see it as having the courage of my convictions and the ability to stand up for what I believed. I’m glad that my daughters feel they can speak freely and emotionally. And I love that my granddaughters will never have to hear this label and lock themselves in their rooms to cry. 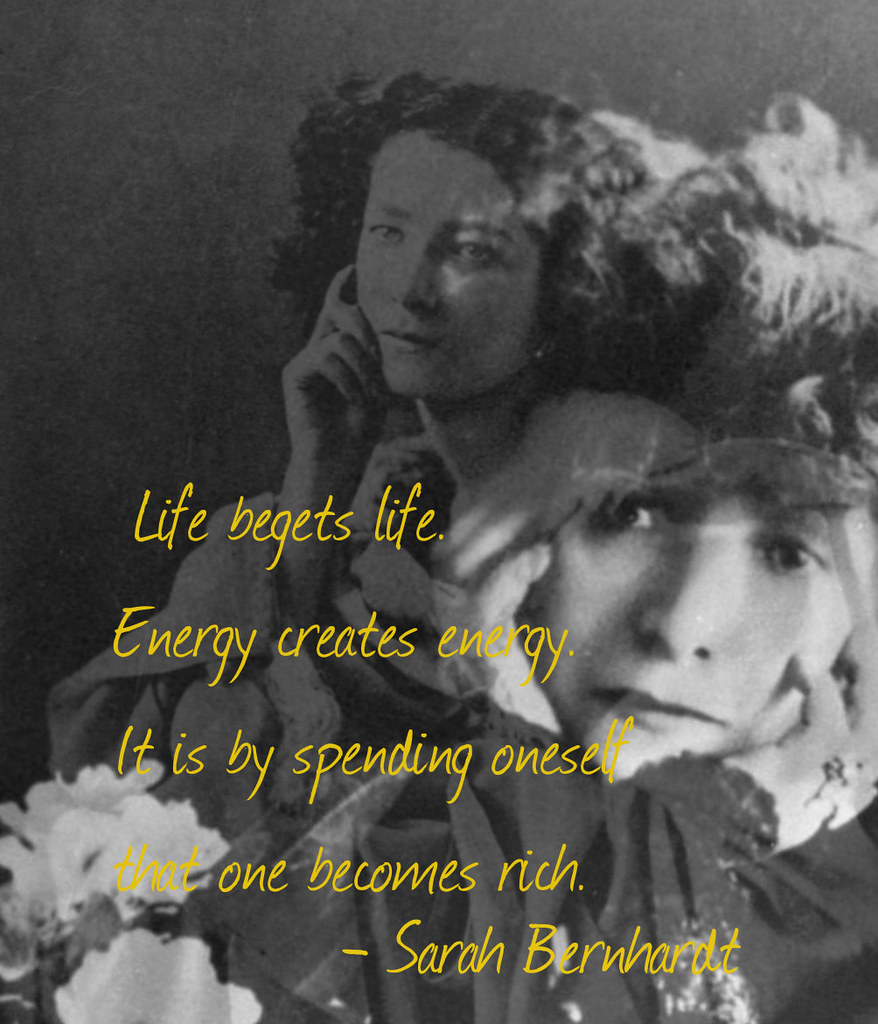 And once again, I protest.

Candlelight and cops
by Marian