Prompted By The First Time
16 comments. 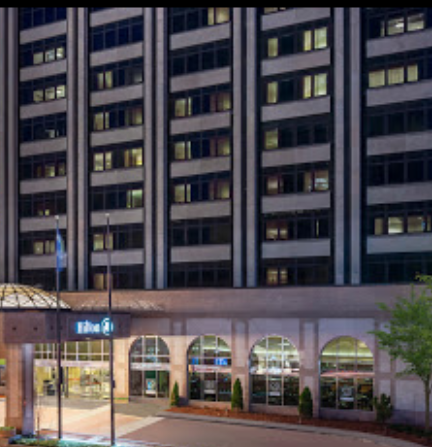 I  joined Advanced Systems, Inc. in mid-April, 1978. It began with a two week training program in Elk Grove Village, IL,  where the company was headquartered. I sold follow-on contracts for video training and ancillary products to the data processing industry to existing clients (this was so long ago, it wasn’t called IT yet). Some clients had never been seen by our company after their initial sale years earlier. I had to learn about our products and sales techniques; how to write a proposal, craft a financial argument for extending or rewriting the existing contract and in far too many cases, win back an unhappy client who felt neglected.

My manager then put me up in a flea-bag hotel (though in a nice location in Lincoln Park) to look for an apartment, while coming into our downtown office a bit and get my bearings. After those few weeks, I had signed a lease at 424 West Oakdale in “New Town”, north of Diversy. The neighborhood had a large gay contingent and my boss thought I’d be safe there, coming in from traveling late at night. Also, my best friend’s boyfriend lived two blocks away.

Dan did not move with me. He stayed back in Boston, sold our condo in Acton and moved in with friends in Brookline. We commuted for 16 months, seeing each other every few weekends. But he and his brother rented a U-Haul and the three of us packed up some furniture, my clothes and my car and drove west to Chicago. They helped me move into my one-bedroom apartment, which was in a “4 plus 1” building. It had parking under four floors of apartments. As we were unpacking, my friend Christie kindly put us up in a two-bedroom suite in the Playboy Towers on Michigan Ave with round beds and shag carpets everywhere. Dan’s brother thought he’d died and gone to heaven.

I got settled over a weekend, then went to work for good. I worked hard. During the day, I was in front of clients, traveling several days a week. I did paperwork on Sundays, even occasionally going into the office to write a proposal if necessary. Saturday was my one day for ME! I took a ballet class in the morning, perhaps saw a movie, got together with Christie for dinner or a concert. She, her mother and brother treated me like family. I was included in every family event during my time in Chicago. It made my transition so much smoother.

My territory was all of Illinois (we all had some local accounts so could stay home one day a week), and Indiana. Indianapolis was the largest city in my territory and I went there often. I stayed downtown in the Hilton on Market Street. It didn’t look like it does in the Featured photo. At the time, it had a large garage on the first several floors, entered from the ground floor into a circular ramp that took you up, up, up to the parking floors. I entered the lobby from the garage. There was a fancy restaurant on the top floor. As was the style in those days, it revolved slowly, giving a panoramic view of the city. I never went there. I also didn’t order room service. I ate alone in the coffee shop. Our expense accounts were limited. We were allowed breakfast and dinner; lunch only if entertaining a client.

I had three clients within a block of the hotel: Bell of Indiana, Blue Cross/Blue Shield, and Farm Bureau Insurance. Very convenient. The hotel was right off I 70, so convenient for getting to almost any other place too. I always tried to rent the smallest car on the lot, but that last week of August, I was unable to. The only car remaining was a Mercury Grand Marquis, which was a huge car for me. I had a difficult time seeing over the steering wheel. It was almost Labor Day and I presume people were traveling.

I had been on the job (fully working) about three months. Blue Cross of Indiana was ready to pop. I brought a contract with me from Chicago, ready to conclude the deal. It was the end of the month and my boss (who was also the VP of the Mid-West region), and his manager, over-all VP of Sales, were eager to close as much business as possible. They knew this was in the pipeline.

I saw my contact, the training manager, on Wednesday morning. He liked everything I told him and gave his approval, but he wasn’t the contract signer. I learned my first important lesson – find out who has the REAL authority and meet with HIM! My guy said he’d meet with the boss later that day and call me at my hotel (also no cell phones in those days). I got word that all was fine and the VP wanted to have dinner with me that night in the revolving restaurant and would bring the contract with him. I agreed to the plan.

I had one more business appointment that day. As I came back into the garage and entered the curve of the ramp, my eyes hadn’t adapted to the light, coming from bright sunlight to the dim garage. I also couldn’t see the front end of that boat I was driving. I hit the front right corner of my car on the curve of the wall (not doing any real damage to the car), my head was thrown forward and I hit my nose on the steering wheel. The parking attendant left his booth and ran to see what had happened. He knew me well, since I’d been a guest at the hotel often over the past several months. “Oh no, not you”, he cried! “You are in and out of here so often. Can I help you?” I was bleeding slightly, trying not get any on my good business clothes. He gave me his home phone number and offered any help, including taking me to a local clinic for an X-ray. He took the car and parked it for me and took me to my room with an ice pack on my nose. After conferring with hotel management, he took me around the corner to that clinic for the X-ray. I did have a hairline fracture. They got me some aspirin. I think they were trying to avoid a lawsuit, but this wasn’t their fault. I appreciated the kindness.

Once back in the room, I put my feet up and kept the ice pack on. I really didn’t swell much and did not get black and blue. I just had a bit of a headache. I called the office. My manager was in Elk Grove Village with his boss. I called there. I told him that I did not have the contract in hand, but would later that night and would deliver it as soon I flew in tomorrow, but one little question: how is our insurance? I slightly broke my nose! Whoops and hollers were heard at the other end of the phone, “Betsy broke her nose!” “She did what?” “She gave blood for this contract!” Much was made of this by the two of them. They liked to tease me.

I met the VP of Data Processing at the Top of the Hilton at the appointed time. He had a folder with the contract, but said he’d hand it to me at the end of dinner. He wanted to prolong the evening. We went to the salad bar first and he made little quips about vitamin E (I was too naïve to understand that vitamin E supposedly makes one more potent or increased one’s sex drive, or some such nonsense; he couldn’t get away with BS like that today). I tried to ignore his comments, sat across the table and tried to have a conversation about the contract, our company, his life, whatever else I could think of to fill the time with a total stranger.

We got through dinner. I told him about my earlier car accident and that I had a broken nose. He did give me the contract (I picked up the bill). He insisted on walking me back to my room. I learned another important lesson that day. My throbbing nose gave me an excuse when he was also throbbing and I bid him goodnight. I learned to NEVER allow a client into my hotel FOR ANY REASON! I was 25 years old and had a lot to learn.

I flew back to Chicago the next day and made my way to headquarters in Elk Grove Village where both VPs awaited me and my contract with open arms. It was unusual for someone to bring in business as quickly as I had, so I was to be commended. But they were dying to see my nose. They were disappointed that I wasn’t bruised and bandaged and loudly proclaimed as much, though were also slightly relieved that I hadn’t destroyed my face.

Life did get better and I got wiser. I did a lot of growing up during my time alone in Chicago. 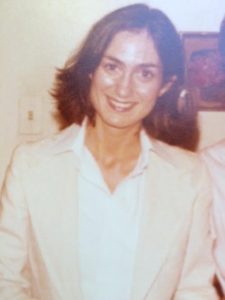