Prompted By The First Time
5 comments. 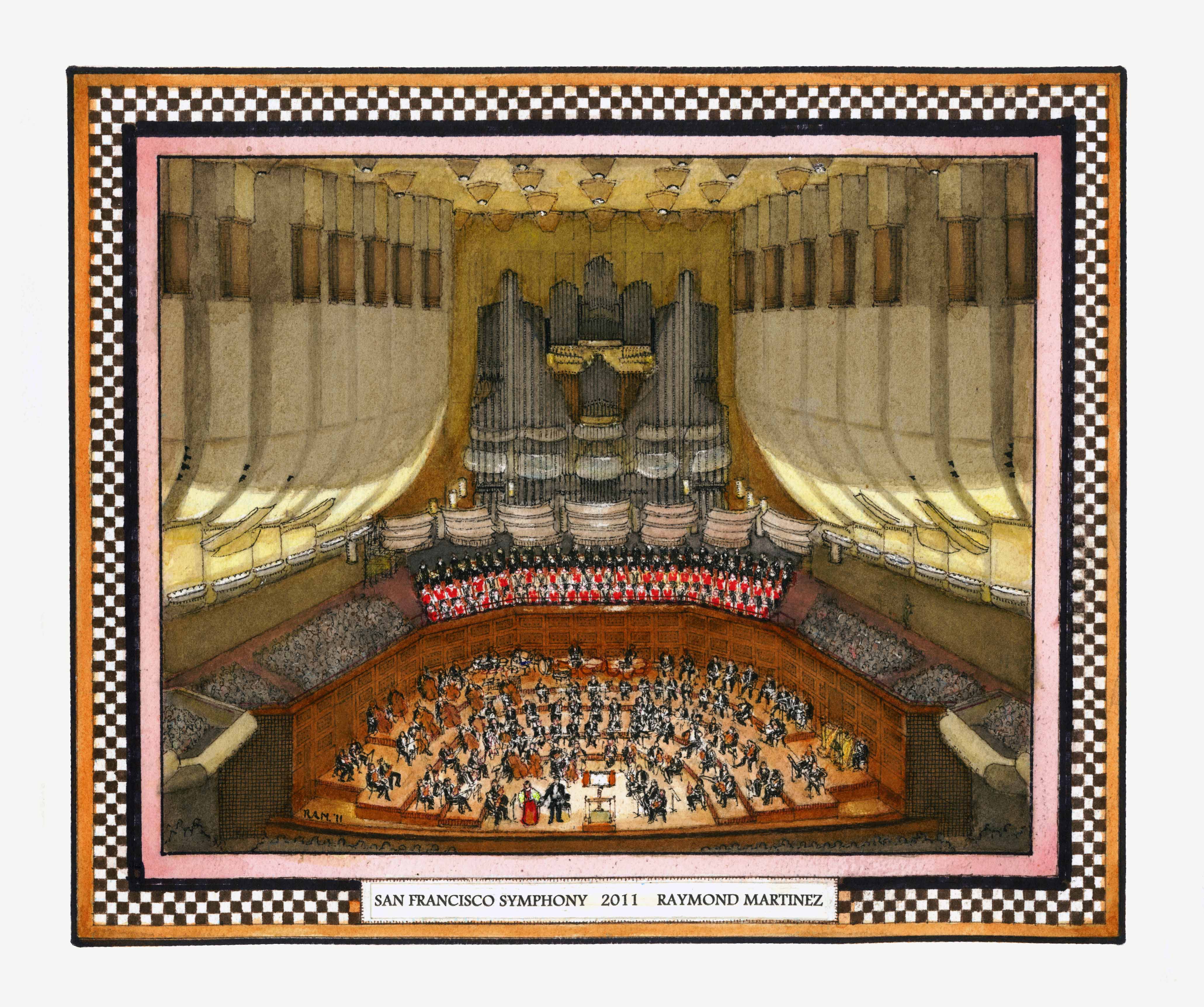 It was my first concert singing with the San Francisco Symphony Chorus. John and I had sung with a community chorus for several years and studied voice privately before deciding it was time to audition for the big show. And here we were.

Mistakes were made ... but not by me!

We had performed many concerts with the community chorus, much of the music sung a cappella or with piano accompaniment. Occasionally we got to sing with an orchestra, but mostly the concerts were presented to smallish audiences consisting largely of friends and families of the chorus members. The individual chorus members varied widely in skill and preparation, so on any given night the quality of the production was a crap-shoot. If someone came in early or otherwise sang a wrong note, well, we tried our best. It was also great fun.

The SFSC, on the other hand, was a group of serious professionals. Just being surrounded by the pros during rehearsal made you into a better singer, like playing tennis with someone better than you. This was not a concert one could phone in. I knew the music cold—The Duruflé Requiem, conducted by the reigning lion of choral music, Robert Shaw.

That was the other perk of being part of a professional organization, performing with the biggest stars in the classical music world: the orchestra director and musicians, guest conductors, and soloists.

I was nervous and excited, but confident as I processed onstage in my new black gown and saw the full house of almost 3,000 people who had paid real money to hear this concert. The one thing I didn’t want to do was mess up. Holy crap it was heady.

Downbeat, we begin singing and I can’t believe how much fun I’m having. Then, about four or five pages into it, the time signature starts to change with every measure; 2/4, 3/4, back to 2/4 then 4/4, with a 9/8 thrown in every so often, just for shits and giggles. Suddenly I realize I’m not with the conductor. But I know I’m right, aren’t I? I couldn’t have gotten off the beat that fast. I freak and stop singing while frantically trying to figure out what to do. You can feel the panic in the ranks. I quickly realize—in fact, we all quickly realize—that Maestro Shaw had skipped a beat! But what am I supposed to do? Follow him incorrectly? Sing what I know is right? What is everyone else doing? It’s what is known to musicians as a train wreck, and this one is colossal. This is not supposed to happen here!!

In a flash I reason that the orchestra is too big a ship to turn on a dime and has not followed his miscue. So I pick up where they are and sing out confidently, praying it’s the right call. The rest of the chorus simultaneously makes the same snap decision. All of this happens in a relative eyeblink, but it feels like an eternity at the time. By then Maestro Shaw realizes and corrects his mistake, and all goes smoothly from there. Welcome to the big time!