Prompted By The First Time
6 comments. 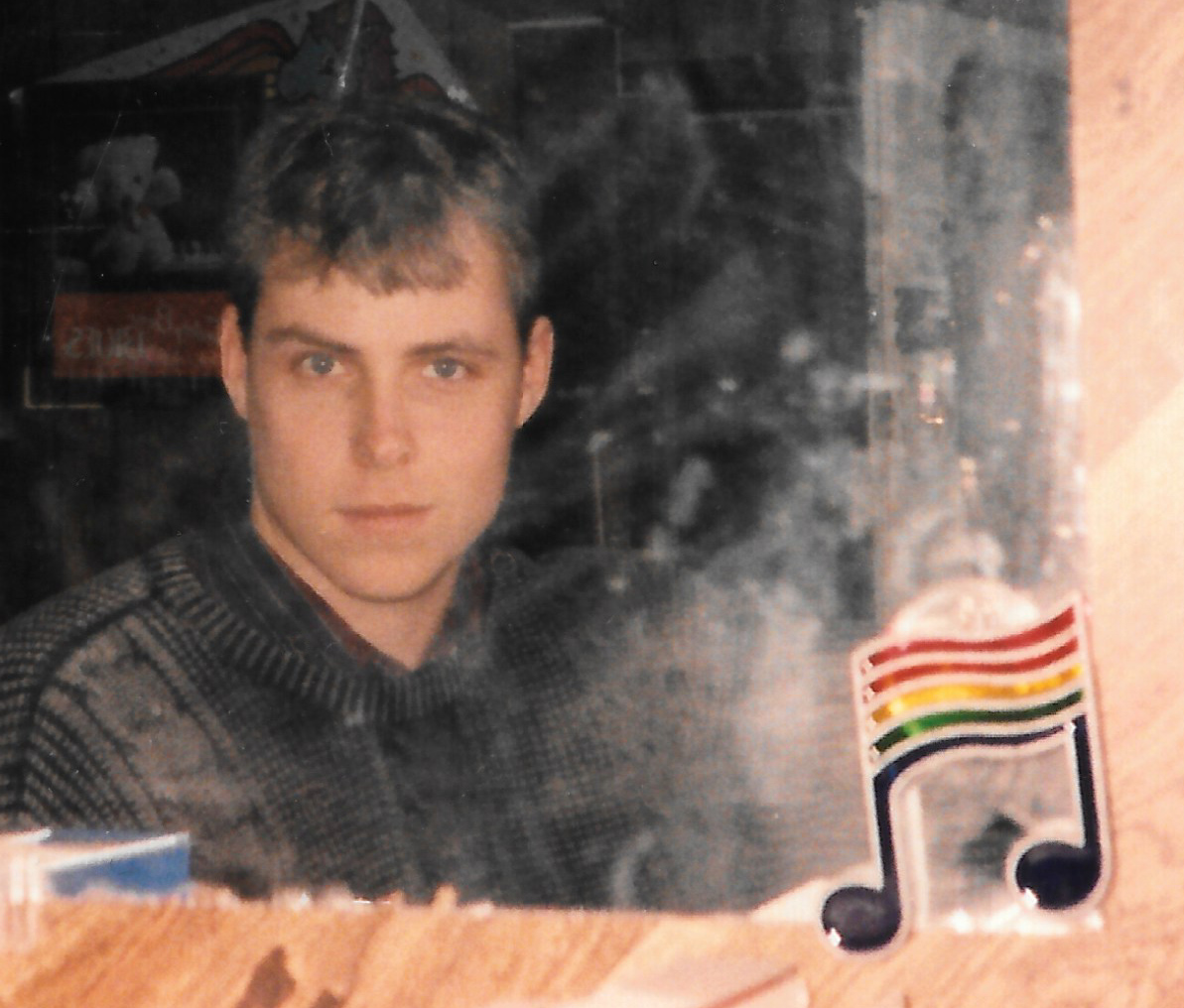 When I think about “first times” the one event that comes to mind is the first time I stepped into a gay bar.

For the great majority of you, there is probably not any comparable experience you can point to and relate to this experience. You grew up with it being perfectly acceptable—in the right circumstances—for you to express interest in the people you found attractive. You could openly and publicly date someone, kiss that someone, hold hands with that someone, yell angrily at that someone, break up with that someone.

While things are definitely getting more open now for people who are attracted to others of their own gender, thirty years ago—when I was growing up—it was extremely daring to be open about it.  During all of high school, there was really only one other person in my class who knew about me. Well, we knew about each other, but that was only after a very long series of conversations where we beat around and around the bushes until we were practically dizzy from running in circles.

Being one of those people born in the summer break months, I turned 18 after graduating from high school. I was away at college shortly after that and still very much closeted, even, to a point, from myself. I didn’t want to be different, and I was doing a lot of praying that somehow I would stop being who I kept worrying that I was and, seemingly more and more, always would be.

So my first summer back from college, my friend mentioned that a relatively local gay bar had an 18-and-over night and would I want to go. Absolutely, I wanted to go. I was excited and a little bit terrified, and just so happy that I didn’t even have to do some fake ID magic I’d never learned in order to get into the place.

And that was how I found myself walking D.O.K. West in Garden Grove, California.

I will always remember the sheer wonder and, well, oddness I felt at seeing two men—okay, they were probably also only 18, so two boys—slow dancing. (Admittedly, part of the oddness might have been that they were slow dancing to Whitney Houston’s “I Wanna Dance With Somebody”—which style of dancing, upon reflection, could have been induced either by pure romance or some kind of chemical reinforcement.)  And then the revelation of two men openly—and unashamedly!—kissing each other, right there where everybody else in the place could see them! Yes, I had already seen men holding hands in public when I was making early, shy forays into West Hollywood. But that had only happened in daylight hours; even in West Hollywood in the late 1980s, gay couples would very seldom kiss in public because there were still bashers who would drive through just looking for an excuse to show their dominance. (And thus probably also making their own repressed urges completely obvious to anyone really paying attention.) But here in the safety of a gay bar, wonder of wonders, a public display of affection could be affection publicly displayed.

It didn’t take long, however, for the shine to wear off.  I pretty quickly started to notice that everything was not quite all magic and wonder.  There was quite a bit of obvious cruising—with no friendliness or affection in it at all. Well, that was to be expected, really, any where that people might be out looking to connect with someone, physically if not always emotionally. But even beyond the cruising, there seemed to be this constant judging. It was as if every guy in the place—or, to be fair, the great majority of them—was mentally tallying the attractiveness of every other guy. The worth of every other guy.  And even beyond the judging, there was a desperation. A fear and longing. Palpable. Where we should have all been free to be happy and open and accepting, it seemed that so many of us had our hearts and spirits so dinged and dented as to barely ever trust another living soul. Even here. Even here, we still feel isolated and judged and… lonely.

I left that place smelling of cigarettes, and with a feeling like I had tasted something both bitter and sweet. Strong, old coffee, charred from being on the burner too long, so that any sweetness added only seemed to make the bitterness more obvious.  This was what I had wanted, but even what I had wanted had been spoiled.

6 Responses to Wait, Wasn’t I Supposed to Feel Comfortable Here?