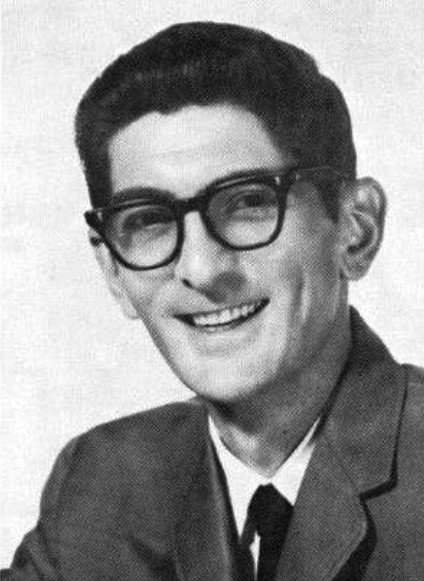 For what it’s worth (Hey, that would be a good name for a song!), there is no way that Van Morrison could take his Brown Eyed Girl down in the old mine and listen to the transistor radio.  The radio signals can’t penetrate below the earth.

If he wanted those cows milked, it was going to happen with the radio on.

I think I was in third grade before my family had a television, so radio was the only electronic information source we had.  (The lack of television, along with a mother who read books to me, might be one reason why I was able to read by the time I first sat in a reading circle in Miss Goodwin’s first grade class.)

Radio has always been a close companion.  After we moved out to the farm, when I was in fourth grade, I had the job of milking the cows every morning and night, usually just two of them but occasionally three, all milked by hand.  (When I got to high school, I could put the football players on the ground wrist-wrestling.)  While I was milking, the radio was my entertainment.  My dad insisted that it disturbed the cows and caused them to give less milk, but I didn’t much care what he said about that – if he wanted those cows milked, it was going to happen with the radio on.

In late elementary schooI, I got my first portable transistor radio.  It was a cheap one, two transistors.  In those days, the bragging rights went to the kids whose radios had the most transistors.  I remember K__M__, who had a ten or twelve transistor set.  That was something to be envied!  I spent that summer glued to my little radio hoping that the next song to come up would be “Breaking Up is Hard to Do” by Neil Sedaka.  “Come-a come-a down dooby doo down down…” There’s an earworm for you!

In those days, in the hills of southeastern Ohio, the only stations you could get were AM stations, but at night, when the AM signals could bounce off the ionosphere, you could get some really good stations.  My favorites were WLS in Chicago, and WBZ in Boston.  The most famous disk jockey on WLS was Dick Biondi, known for the jokes he told between songs.  One day he just disappeared from the station. The apocryphal story that circulated at that time was that he was fired for introducing one record by saying “Here’s one for all you virgins”, and then playing “It Only Hurts a Little While.”  I just discovered on Wikipedia that he is still alive and active at 88.

We finally got an FM station in Logan, my home town, around 1965, and that was a vehicle for all the teenagers to call in with their favorite songs to be dedicated to their boyfriends and girlfriends.

Then it was off to Cambridge, where I discovered the real FM radio scene, DJs with deep voices doing long introductions to more serious music.  One of my best friends had a late night show, midnight to 3 am, on the college radio station during my senior year, and I would go to the basement of Memorial Hall and run the controls for him.  The station would get dozens of vinyl LPs every month, and he would bring some of them back to the dorm and introduce us to the newest music before it actually hit the airwaves.

After I got out of college, I listened to a lot of country music.  The late 70s were just not a good period for rock and roll – remember disco?.  But now that I was in the workforce and actually had to get up in the morning, I depended on the clock radio to get my rear end up and my feet onto the floor.  I still remember one glorious morning when, after a really good night of sleep, the first thing to hit my ears was Linda Ronstadt singing “Long Long Time”.

From 1979 to 1981 I was the assistant to the vice-president of mining operations for American Electric Power.  I would get up at 4:30 am every Monday morning and drive to his house, then the two of us would head for West Virginia, either southern West Virginia where three of our coal mining companies were located, or northern WV, where another two companies were located.  I would drive and he would sleep, but in the afternoons he would turn on this new experience, for me at least, and we would listen to “All Things Considered”.  If we happened to be making the long drive from southern WV to the northern operations, he would occasionally fall asleep again and I would switch back to a country station, but then he would wake up and it was back to NPR.  Since that time, I have been a dedicated NPR listener and contributor.

I do not think I could live in an area where I could not listen to NPR, although streaming now makes it available almost anywhere.  It is my main source of unbiased information, the long explanations that can’t be derived from the 30-second sound bites on broadcast news.