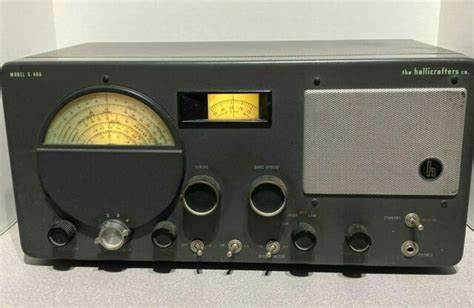 This is the one, my old man says.

This is the one, my old man says, and pulls it off the olive drab metal rack. I can tell it’s heavy. He leans back against the weight as he trundles to the counter with the big black box and sets it on the cluttered counter with a grunt.

Plug it in, Sal, he tells the guy behind the counter. Let’s see what we have here.

“You got it, John. Sal uncoils the power cord and plugs the receiver into the power strip on the back wall. The dials light up yellow-green. The speaker hisses and my old man spins the tuning dial. A garble of tones dip and dive like birds in flight, a far-off voice clouded by static. “And that’s without an antenna,” Sal says.

Yeah, not bad, my old man says. We’re getting a signal right off the terminals.

I notice the small nickel-plated earphone jack at the lower right-hand corner of the radio. Good, I think to myself.

How much you want for it? My old man asks.

How about ten, my old man says.

Can we get some earphones? I ask.

Twelve bucks and I’ll throw in the earphones, Sal says.

My old man looks down at me. Deal, he says. It seems he and Sal know each other from some unspoken, faraway place.

Sal walks back into the dark recesses of the shop and comes out with a set of earphones. They have a phone plug that will fit right into the nickel-plated jack on the Hallicrafters. Years earlier I had learned to sneak a flashlight into my bedroom to read late at night. Now, with the earphones, I’ll be able to listen to the Top 40, too.

I carry the earphones and my old man humps that big, old Hallicrafters back to the MTA. Boylston, Arlington, Copley, Kenmore, I inhale the stale, familiar subway air of the subway, back into the daylight on Commonwealth and into my father’s messy Boston University lab. Back home in the cow-and-apple countryside, we set up the Hallicrafters on my bedside table and hang a long wire out the second-story window for an antenna.

Now, long after everybody goes to bed, I can lie in the ethereal, greenish-yellow glow of the Hallicrafters’ dials. I can slip on the headphones and let Carl Perkins, Fats Domino, Brenda Lee, the Platters, Little Richard, Bill Doggett, Eddie Cochran, Sarah Vaughn, and a myriad of other stars in the brand-new galaxy of rock and roll and rhythm and blues, teach me all about love and life in nineteen fifty-five. But wait…

The silver knob on the left, at the bottom of the tuning dial brought the Hallicrafters to its real intention — accessing all the frequencies on the planet. At night, the Heaviside layer, a stratum of ionized gas above our stratosphere, reflects radio waves. My old man explained that the waves radiated into the sky can bounce off the Heaviside layer and back to Earth beyond the horizon, allowing for transcontinental radio communication. Soon I was listening to French and Russian radio stations, tuning into news reports from Cuba, Argentina, and Brazil. My Hallicrafters was bringing the world to my bedside.