Prompted By An Unforgettable Person
6 comments. 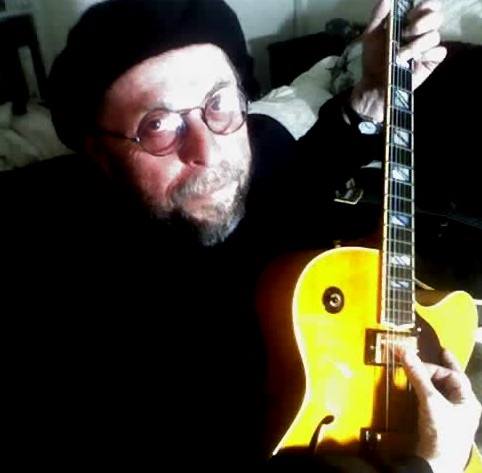 You may feel destined to meet some people. Others you pursue methodically because you’re looking for them. I met my companion on the road of life that way. I’d heard about her and her theater company. I went to see them. She and the theater knocked me out. I joined. We worked together. We merged, clashed, bonded, fell in love, and stayed that way. On purpose.

I met my second mentor — in sequence, not by degree of influence —at the “Los Angeles Times Festival of Books” when he sat on a literary panel with a couple of other authors. Novelist and essayist John Rechy sat on the dais behind the table in dyed orange hair and a muscle shirt. He was funny, honest, as hard-edged and as articulate as his torso. Oh, and I’d read his iconic novel, City of Night, back when it occupied everyone’s brick-and-board bookshelves. When I heard he ran a workshop, I ran after it, jumped aboard, and studied with him for seven years.

Other people you meet because you’re on the scene, and the scene happens to be larger and more inclusive than your experience  allowed for. These people seem to appear by happenstance, but you really met them because you musta been in the right place and it musta been the right time. Sure, Dr John’s similar tune “Right Place, Wrong Time,” is full of confounded gris gris and grief, conflict and fatalism, but, if anybody has the aché to put me in the right place at the right time, it’s Dr. John, the Night Tripper. And I bring Dr. John into the conversation, because the man I met in the winter of 1989 just happened to be the Dr. John of the guitar, the prince of Boyle Heights.

Our theater company was performing a show with music called “Scenes from the Abortion Wars” at a big benefit for the Feminist Majority when they were lobbying Congress to approve the first morning-after pill, called mifepristone, or RU-486. The Germans had first developed this wonder drug and now it’s on the World Health Organization’s List of Essential Medicines. RU-486 had a pretty exciting launch. The Germans ran afoul of European pro-lifers and passed the drug off to the bon vivant French who saw its value. Of course, there’s nothing bon vivant about being involuntarily pregnant, and American anti-abortionists were hell-bent to stop its manufacture and sale here in the land of the free. The Abortion Wars had been joined and the Feminist Majority stood on the front lines.

We had just set up in the theater, done a sound check, and I had cadged a tunafish hero off the craft table. I was looking for a place to get off my feet and scarf the sandwich before showtime. Two tables over, a guy was sitting with a big Gibson hollow-body on his lap, noodling. He was dressed in a light blue gabardine suit, comfortable shoes, and a matching, light-blue pork pie hat, turned up at the front. Up closer, I picked up on a thin beard and wire-rimmed spectacles on slightly bulging eyes. As a guitar player, even his warm-up noodling sounded fast, lyrical, and tight. It was love at first sight.

I struck up a conversation. He was part of the event lineup. He had been asked to play a few tunes before the show, and now he was warming up with a light jazzy feel to his left hand, finger picking not country, more r&b, more New Orleans. There he was, Hirth from Earth Martinez, the Dr. John of the guitar. He had a warm, raspy voice, not from smoking, just from who he was. We talked briefly about the guitar, how it had been stolen out of his car when he was unloading equipment at night in the alley behind his Boyle Heights pad. But the knucklehead who stole the Gibson tried to pawn it in a local shop and everybody knew Hirth’s guitar so, it was back in his lap before he could ask around. 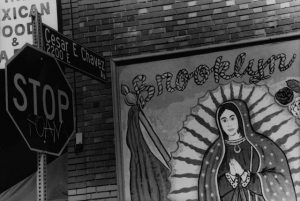 Hirth understated this twist of fortune with a shrug, as if to say there are no coincidences. Hirth had been well-connected in the neighborhood since birth. He personified Boyle Heights, an embattled but sequestered LA ‘hood, half Jewish (since the early 1900s) and half-Chicano (since the 1950s and ‘60s). Hirth’s old man was a Chicano labor organizer. His Jewish mother was a teacher. Brooklyn Avenue became Cesar Chavez Boulevard, but the neighborhood stuck together to overcome differences and keep out the developers and fast food chains. Through it all — with a few ragged exceptions — everybody got along just fine.

Hirth and I swapped numbers at the outdoor tables that day and soon after, I got a chance to work with him. We had started a cabaret downtown in an experimental black box attached to the Los Angeles Theater Center. The cabaret featured performers on the scene back then, vaudeville nouveau performance artists, egotistical mansplaining singer songwriters, people from the Theater Center labs, avant garde loonies, comediennes. It was my job to glue the chaotic polyglot together with a band. 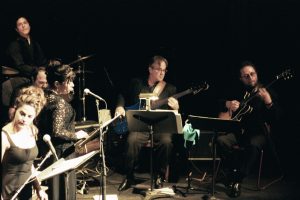 It’s hard to find good theater musicians. They have to be versatile — play in a bunch of styles, be willing to start and stop in rehearsals. Music has straightforward organizers — chords, tempo, structure. Just point three fingers down, say 16-bar, half-time, funky, and the rhythm section can vamp in E-flat from here to eternity. We needed musicians who could play any tune in any key, but also, they had to put up with actors. Musicians are used to walking into a gig, setting up, playing, breaking down, getting paid, and leaving. Actors and the theater take a more serpentine route to performance. I won’t belabor the point.

Hirth loved it all. His patience with rehearsals was terrific, no actor weirdness phased him, and he had a great sense of humor. I loved playing music with Hirth. He made anything rock, or swing, depending. He’d try playing anything with notes and invariably pulled it off. We also began playing commercial gigs together — hotels, little clubs. We played a steady gig on Sunday afternoons at the Farmers Market, and we began hanging out week days in Boyle Heights. 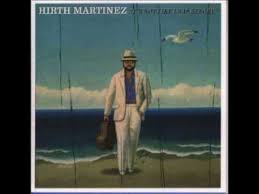 Travelling through Boyle Heights with Hirth was like going home. Every restaurant we settled into, he knew the whole family who fed us their favorite dishes. Every music store we walked into, Hirth knew the musical history of all the store guys, and boy did they know him. Everybody loved this quiet, laid back hipster who sang in a hip sotto voce, breathy but right in tune. His original tunes were whimsical, inside jobs, full of wit, longing, and self-deprecating reflection. Think Bob Dorough, Mose Allison, Dave Frishberg, beatific wise guys who had followed the music forever, wherever it took them. Hirth could get away with a beret, a stevedore’s cap, a fedora, or a stingy brim; he always had a lid on. And if he used hip language you knew he was putting you on.

Hirth started playing in Mariachi bands in the neighborhood when he was 14. At Hollywood High, he attended under a performer’s certificate, which allowed him to take off from school for gigs. And such gigs — he played in salsa joints and on recording gigs. He wrote tunes for other artists and recorded his own music when he could. We were locked in, sympatico. Whatever I did, he was down with it; whatever he did, I was down with him.

Hirth died a few, short years ago. His departure left a big, sad hole in my life. I’ll let it go at that.

6 Responses to Hirth from Earth