Holidays in California, By Car, Train or Plane by Joe Lowry
10
(22 Stories) 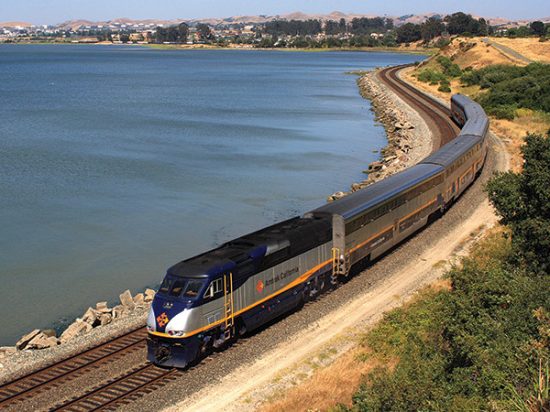 When I was a young boy, I remember Mom cooking the turkey as the aroma filled the house.  Of course I and all others stayed out of the kitchen that day.  No need in risking Mom’s wrath or even worse, especially since there were fire and knives in the kitchen.  Dad would get an early start on the feast by eating the turkey neck and maybe the giblets. We would watch various football games and engage in interesting conversations and banter.

Off to college and the work world, and generally, I went home for the holidays before I was married. After marriage, my family generally went to  Los Angeles where my wife’s family lived.  Sometimes we flew to avoid the awful holiday traffic. San Jose Airport was often a better choice than Interstate 5. Of course, ticket costs sometimes prevented this option. When going by car, many times we would stop at my Dad’s house since it was on the way to LA. Other times, when we were in LA, we went to my step-mother’s house in LA (Mom passed away shortly after I left college). It was always a nice break from work.

After my wife passed away, I generally had dinner with my brother in Sacramento or with friends in San Jose. I always had a nice time with my brother. I would travel by BART to the Oakland Coliseum station, then by Amtrak to Sacramento. The trip takes about three hours, versus two via car. However, on Thanksgiving day, the car trip is much longer. My brother from the San Jose area drove it once on Thanksgiving day, and it took over five hours.

One interesting story about my train trips to Sacramento happened shortly after I meet my girlfriend. We had just met, and I informed her that I would be taking the train to Sacramento.  She was surprised. Why would anyone take the train?  Maybe, there will be lots of alcoholic beverages, and he is just using good judgement.  After all, he is part Irish-American (an unfortunate stereotype, but sometimes true). Little did she realize that this was the smart choice, no matter what type of beverages were served. In subsequent years, we both took the train to Sacramento.  In fact, last year, we took Amtrak to New York City. As San Jose State alums, we got to see SJSU beat Army and I saw my first New York Broadway play.

Finally, Christmas and New Years will be the same this year. However, it’s the best choice, and it’s a choice I hope most Americans make this year.

The best thing I am thankful my family, girlfriend and my friends are healthy now. Also, I give thanks that 2021 will end Trump’s residency in the White House

5 Responses to Holidays in California, By Car, Train or Plane

Holiday in Limbo
by Dana Susan Lehrman
What’s That Smell?!
by Penny Righthand