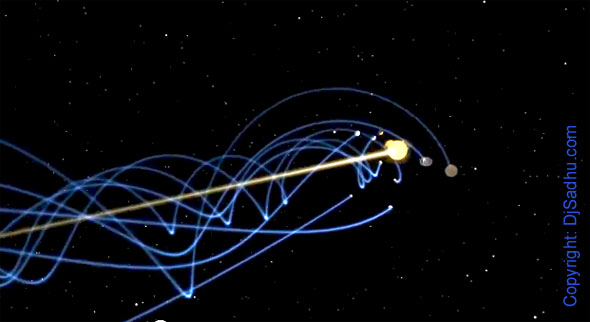 Thanksgiving came just before the big shift. The virus had not yet been tamed; it continued to descend  through the atmosphere like an infinity of paratroopers from an earlier time. The fat narcissist continued to pout on his golden throne. While the virus wafted airborne in the wildfire fog, his minions still danced around their dissipating leader, sweating mascara and pirouetting on their orbits each time he bellowed “fraud.” We had survived four years under the shadow of this clown elected through an accident of democracy. Now we slogged through the time and space he had poisoned like weary veterans returning from a long campaign.

Yes, we would celebrate.

We wanted to celebrate, even if our PTSD made us wary of good fortune. We like thanksgiving, both the act and the spirit, with its long history of collective meals, often shared with reconfigured families. Besides, thanksgiving offered us one of the few secular holidays, despite its suspicious origins — who knew that Squanto had been kidnapped by an English sea captain, sold into slavery in London where he escaped on board an expedition vessel bound for Massachusetts? There, at the home of Massasoit, he used his newly acquired abilities to serve as diplomat between the newcomers and their indigenous counterparts. The peace Squanto established lasted for decades, a good long time in our experience. Yes, we would celebrate.

So we set out to prepare for our pandemic holiday. We donned our gathering gear — masks for the aerosols, gloves for the microbes, and hats for the ultraviolet. Over the river and through the woods we went to the community larder where we traded words for halibut caught in the wilderness, far from the stultifying farms where the water absorbed plastic shrapnel and glowed radioactive. We traded songs for tiny sweet potatoes grown in soil that had been cleansed of pesticides and for peppers grown far to the south on terraced mountain slopes. We had raised our own tomatoes in the summer heat and smoke, alongside our sturdy Jack Herer cannabis. I found a pumpkin in a pile. I would make a pie.

On the holiday we woke, drank coffee, walked in the sunlight and talked of the turning events and the prospect that the peculiar battle in the capital would be resolved by newcomers unwilling to accept the perennial head-butting rituals of the old, white men who clung to power with the desperation of those who suspected but could not accept that their time had come. We spoke over satellites to our families and other distant loved ones and clattered around the kitchen.

When dinner was ready, we sat down, the two of us, one on each side of our large table and expressed our thanks — for each other and the rich life we had woven for ourselves and each other, for the shelter of our home and for the continued friendships we maintained. We gave thanks for the stubborn beauty and intricate balance that our planet maintained, despite the assaults of the Anthropocene age we had created. We gave thanks to all those who had worked so hard to unseat the lunatic fringe. Our feline trio joined us and we thanked all the creatures large and small who have survived on this tiny, emerald globe that still, miraculously, spirals through the void in synch with the sun and our own galaxy.

15 Responses to A pandemic thanksgiving

Holiday in Limbo
by Dana Susan Lehrman
What’s That Smell?!
by Penny Righthand