Prompted By Going to Work
12 comments. 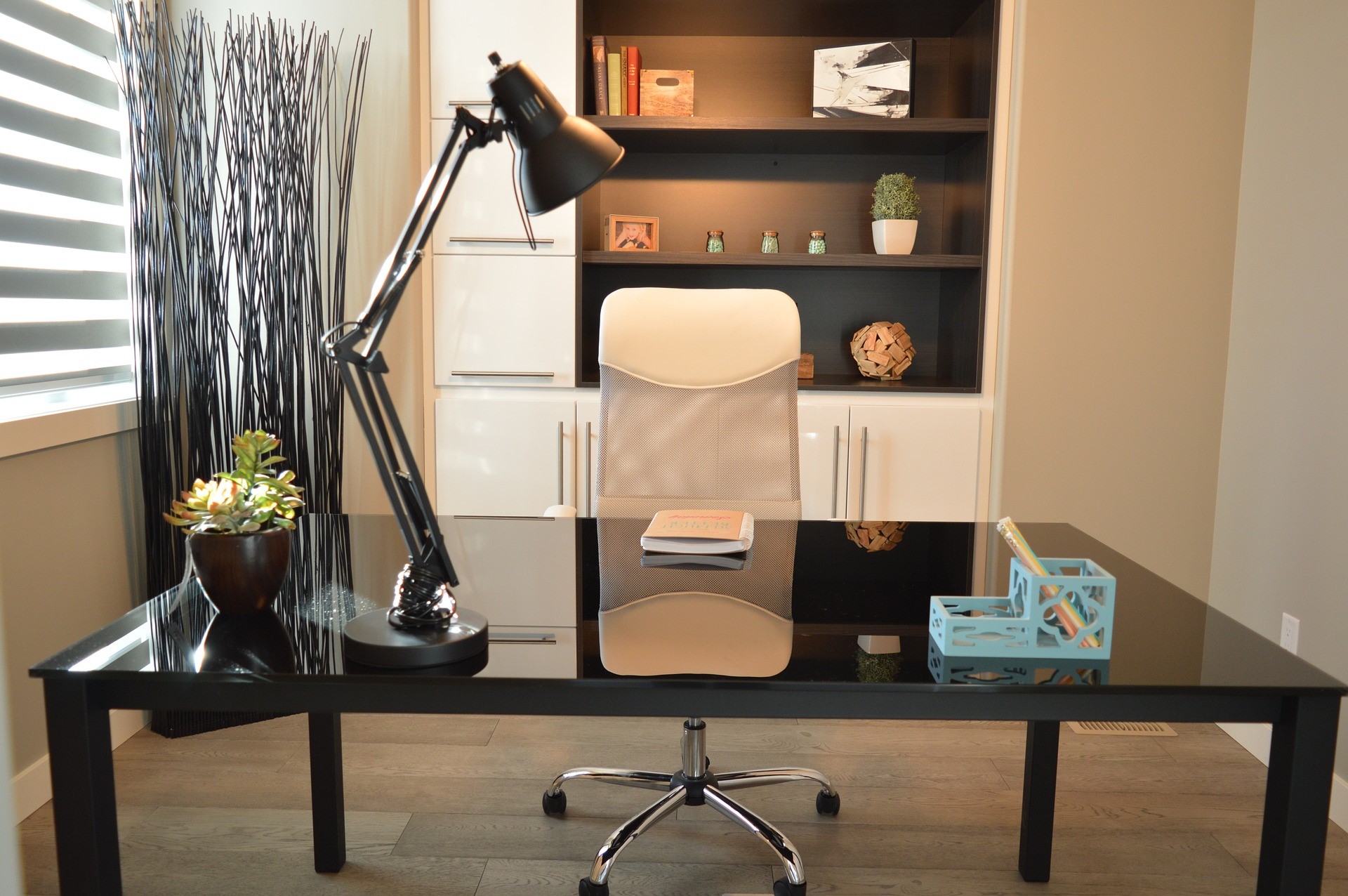 I wish my home office was as uncluttered as this one.

I’ve always hated commuting–more so the idea of wasting precious time traveling to and from work. Maybe it’s because I saw my dad getting in the car in the dark of morning and returning in the dark of evening. I’ve been fortunate that, in most cases, I could arrange my life to live relatively close to work. There were tradeoffs to living in more convenient but expensive areas (roommates and studio apartments, for example), but it was worth the time saved.

I was ready to go on my own, with my office in my apartment--my studio apartment.

Only once did I have to take two modes of transportation to work, for my part-time job in graduate school. After class on the UC Berkeley campus, I hopped on a tram called Humphrey Go-BART (alas, no longer operating), which took me to the Shattuck Avenue BART station, where I took the train to 12th Street in Oakland. The next year, when I got a job in San Francisco, it was too expensive to move, so I took the AC Transit bus line B from Grand Avenue in Oakland to SF’s East Bay Terminal. There were many “regulars” on that bus and we made nice friendships. From the terminal, it was just a 15-minute walk to the office at California and Market Streets. No need for a gym, good exercise and relaxing decompression time.

After that job, I commuted by car, but not more than 15 minutes, and minimally on freeways. When I interviewed for my last full-time job in 2006, the stars aligned. We had recently moved to our house in Santa Clara, and the office was an easy 12-minute ride to San Jose on an expressway. Hallelujah, that sealed the deal.

Long before telecommuting became practical and COVID made it necessary, as a writer and editor who needs focus, I’d always wanted to work at home. In 1983 I was thrilled to be laid off from my employee job and ready to go on my own, with my office in my apartment–my studio apartment. I used my kitchen/dining table by a window and set up my typewriter, and later my portable PC (a heavy piece of equipment the size of a microwave that I called a luggable PC), and sometimes squeezed in a daisy wheel printer.

In the ensuing 20+ years, in various homes and apartments, I worked in kitchens where I used cabinets as office storage, and later, in larger places, in spare bedrooms. Because no one came to my office (I would visit clients, but I don’t consider that commuting), my accoutrements were not glamorous. In my Menlo Park house, which I’ve written about in several stories, I used a tiny bedroom that was intended as a nursery. My then brother-in-law worked for the state of California facilities department and “liberated” a metal desk that was tagged for destruction. It was the ugliest monster imaginable but free of charge.

My cute condo, which I bought in 2000, had a small den-like room with a tiny closet, where I stored office supplies. A few months later I got a large retainer from a client (very unusual for a writer), and encouraged by my then boyfriend, treated myself to a huge Scandinavian-style L-shaped desk and matching set of file drawers. I love the desk and files, and they are solid wood and indestructible. However, they are really heavy, in fact, the heaviest pieces of furniture we had when we moved to our current house. Now I have a comfortable office in an upstairs bedroom.

Although I went back to work for a company from 2006 to 2017, I kept my home office, and it made the once-weekly permitted telecommuting very easy. When I transitioned back to my own business, it was seamless. And with COVID and all the Zooms, it’s useful to have a room where I am not bothering others. Do I miss offices away from home? Not at all, although I miss the people sometimes.

I must remind myself of the immense privilege of having the type of career that permits me to work at home, unlike so many whose jobs depend on a specific location. However, the powers that be have learned through necessity that working, rather than going to work, is most important and can be very productive from home. Bottom line, knowledge work can be wherever your skills are, no matter where your derriere sits.

12 Responses to Home Ahead of my Time