Prompted By Going to Work
15 comments. 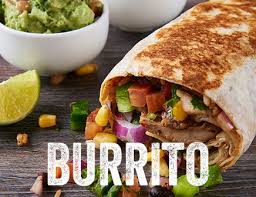 After scrimping by on savings, sharing a summer sublet, eating from the weekly food conspiracy veggie box, and figuring out that I would probably stay for a bit in Berkeley, it was clear I needed a job.  Turning twenty, literate (two years of college behind me), energetic, and flexible—surely this would not be too hard.  But it turned out I knew nothing about finding work.

It was clear I needed a job.  Turning twenty, literate (two years of college behind me), energetic, and flexible—surely this would not be too hard.  But it turned out I knew nothing about finding work.

Oh, I had odd jobs, summer jobs, part-time work–babysitting, shelving books in the library, delivering the school newspaper to the dorms, assembling kalliroscopes (a novelty item)–but not work that would have to support me.

I looked in the help-wanted ads in the paper, most of which I was unqualified for, with no degree or experience.  Even the classic entry-level work for women was beyond me—no secretarial skills, no waitressing, restaurant, or retail skills.  And all I had was public transportation of course. I walked the thicket of stores on Telegraph Ave near my sublet, looking for signs and inquiring within.  Meagre results.

Incredibly, I was able to live off the “bounty” of the Post Office for several months, while I volunteered at the Berkeley Free Clinic and the Women’s Health Collective.  It occurred to me that accessible and respectful health care was something pretty useful.  And, as I was handing out leaflets in the Safeway parking lot for the grape and lettuce boycotts, I thought perhaps it would be of more service to get a medical degree. The UFW (United Farmworkers Union) ran clinics near the fields.  Why not make the most of opportunities I was fortunate to have?

So I ended up returning to school and going to work in medicine– but still find myself in parking lots from time to time, handing out leaflets.

15 Responses to Trying to work