Prompted By What We Watched
9 comments. 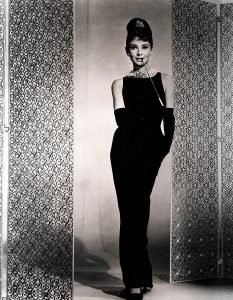 The first time this prompt, “What We Watched,” appeared, I wrote a story about the television shows I loved growing up, TV shows of my youth. That was the very first story I posted on Retrospect, and it started me on a wonderful adventure which has continued through 60 stories so far, with many more yet to come.

This time around I am turning my thoughts to the movies that influenced me in my younger years.

Living in the New York metropolitan area, I was fortunate to have Million Dollar Movie on channel 9, which showed classic movies, and would repeat the same movie twice on weeknights, and three or four times per day on weekends. The movie I remember most vividly from Million Dollar Movie was Yankee Doodle Dandy, starring James Cagney as composer George M. Cohan. I fell in love with this 1942 movie, and learned all the great George M. Cohan songs, such as “Over There,” “Give My Regards to Broadway,” “You’re a Grand Old Flag,” and the title song. I think I watched it at least three times in a row one Saturday when I was about eight years old. I also saw Gone With the Wind, Gentlemen Prefer Blondes, and many Bogart movies. Of course, even if the movie was in color I saw it in black and white, since we didn’t have a color television until some time in the Sixties. The theme music for Million Dollar Movie was “Tara’s Theme” from Gone With the Wind, so when I first saw GWTW, I wondered why they were playing the Million Dollar Movie song.

The Wizard of Oz made a big impression on me, as it probably did on most kids, and I knew all the songs from that movie too. Luckily I saw it in the theatre, because watching it on a black and white TV would have ruined the effect of going from black-and-white Kansas to colorful Oz. For years after I saw it my middle sister could reduce me to tears by cackling like Margaret Hamilton’s Wicked Witch of the West.

My favorite actress of all time was Audrey Hepburn, and over the years I saw all of her movies. The one I liked best was Breakfast at Tiffany’s, because she was so glamorous in that one, although I’m sure when I first saw it as a sixth-grader in 1962 I didn’t understand most of the salient plot points. Still, she had that long cigarette holder, those great sunglasses, a cat called Cat, and she sat out on the fire escape of her New York apartment playing her guitar and singing “Moon River.” As a result of the scene where she and George Peppard get a Crackerjacks ring engraved at Tiffany’s, my friend Amy and I tried to have a silver cigarette lighter engraved there in 1968, but they wouldn’t do it, stating that they only engraved items that were purchased there. I suppose after the movie came out, Tiffany’s was inundated with people bringing things in that they wanted engraved.

I loved Audrey Hepburn so much that I always planned to name my first daughter after her, but the problem was that I didn’t like the name Audrey that much. So I decided that I would give her the name of one of the characters Audrey played. I didn’t like Holly (Breakfast at Tiffany’s) or Regina (Charade) or Princess Ann (Roman Holiday), and certainly not Rima the Bird Girl (Green Mansions), so I settled on Sabrina. When I finally did have a daughter, in 1985, I had to convince my husband that we should name her Sabrina, but he eventually came around. The movie Sabrina is one that I have watched countless times and I never get tired of it. I even like the 1995 remake with Julia Ormond in the title role and Harrison Ford playing the Humphrey Bogart part, although I didn’t expect to. I worried that the remake would cause Sabrina to become a super-popular name, but luckily it didn’t.

I also loved Sidney Poitier, and saw his movies whenever they came to my local theater. In particular I remember Lilies of the Field (1963), A Patch of Blue (1965), and three amazing performances in 1967, To Sir With Love, In the Heat of the Night, and Guess Who’s Coming to Dinner. He was the first African-American to win a Best Actor Oscar, in 1964 for Lilies of the Field. I can still hear him singing “Amen, Amen” with all those nuns.

Starting in 1967 there were so many movies that I loved that I can’t begin to do them justice, so I will just mention the ones that stand out in my mind. In 1967 alone there was Bonnie and Clyde and The Graduate, along with the three Sidney Poitier movies mentioned above. In 1968 my most memorable movies were The Thomas Crown Affair and Zeffirelli’s Romeo and Juliet. (That year also brought us 2001: A Space Odyssey which I hated.) In 1969, Easy Rider, Midnight Cowboy, Butch Cassidy and the Sundance Kid, and They Shoot Horses, Don’t They? were all movies that made a big impression on me. In fact, when I saw Easy Rider, I was so stunned and amazed at the end of it that I stayed in my seat in the theatre and watched the entire movie a second time. I have not seen it again since then, and I wonder if it would stand the test of time. I’m not sure I want to find out.

9 Responses to Hooray for Hollywood

Once and Only Once
by Lou Moffett