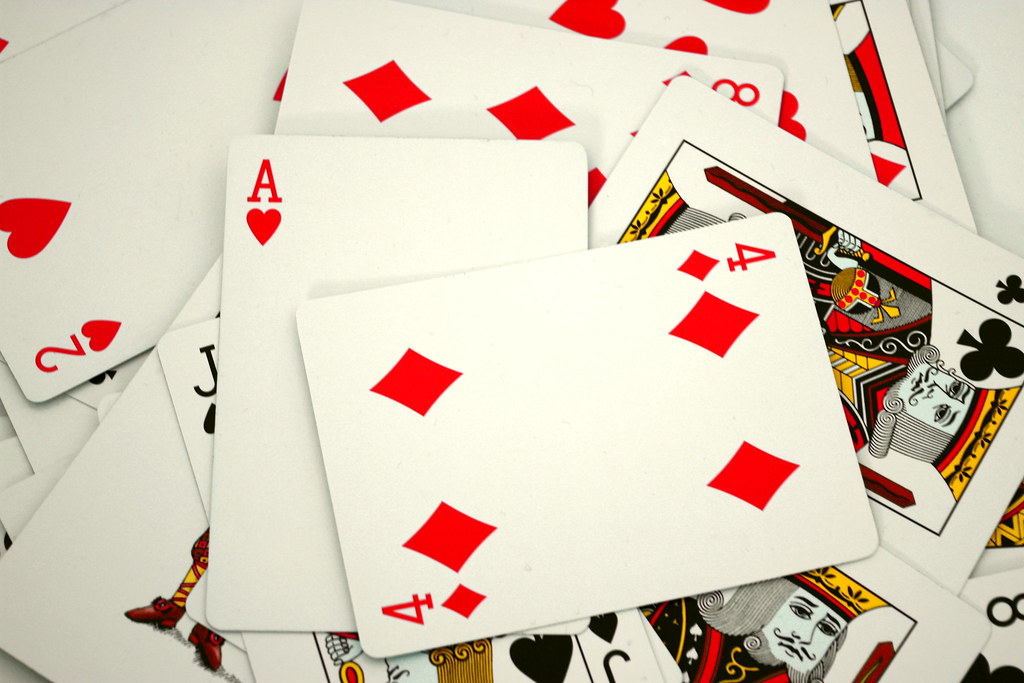 My granddaughter in middle school was stumped by a math homework question involving probability. In order to solve it, she needed to use a deck of cards. Not only were there no cards in the house, but my daughter discovered that her daughter had no idea how to play a game using 52 physical cards. Suits and face cards were alien concepts. Initially, I was in shock. Card games, a staple of childhood going back to my grandparents’ time, have been eclipsed by apps offering much more high-tech entertainment. But upon reflection, why was I surprised?

I grew up in a house of cards. Literally.

Growing up, a simple deck of cards was a source of enormous and endless entertainment. While I always loved Solitaire, most games required interacting with others. War, Go Fish, Gin Rummy, Old Maid, Crazy Eights, Snap (or Slap) – these were games I played with my parents, brothers, and friends. Later, I played them with my children, although for political reasons and the fact that I was an under-thirty, anti-Vietnam-war pacifist and therefore “woke” before that word was coined, I taught my son War with the name of Winner. That actually was a bad idea in the long run, as he could never tolerate losing. But I digress. Playing card games was fun for my kids and also taught them a bit of math, rule-following, and social skills.

Adult card games were a different matter. I grew up in a house of cards. Literally. My parents were avid bridge players. They played socially with other couples as well as in numerous bridge tournaments. As with every interest in his life, my father devoured how-to books and took lessons. He was a serious player, determined to vanquish all opponents, even in games with friends. My mother, on the other hand, possessed what she called “card sense.” She had an intuitive grasp of bridge, but I assume her bidding with my father sometimes fell short of his expectations, turning this game into something closer to war than the game I played with my kids. Thus, I associate bridge with his tirades in which he blamed my mother for every loss and belittled her for what he perceived as her mistakes. When they hosted bridge games at our house, I tried to stay as far away from the action as possible.

I think they were mystified by my refusal to learn this game. Unlike my mother, I have no card sense, and unlike my father, I would much rather socialize than concentrate on counting cards and following confusing rules. My idea of a fun game is charades or Clue or Monopoly (except for the never-ending aspect of the latter).

Interestingly, after my father died, my mother spent a lot of time playing bridge online with people from all over the world. That’s when I learned what a good player she was. If she ended up with a partner in India who was not very good, she would ghost him, quitting in the middle of the game. I told her she was a bad sport, but she explained that, at that stage of her life, she didn’t have time to waste on inferior partners. At least she didn’t belittle them. She simply disappeared.

When my grandkids were young and I played cards with them, we rarely used a generic deck of cards. Instead, each game had its own cards. The War game used pictures of cats. Go Fish had beautiful fish drawings to match. Instead of one deck of cards, they had many beautifully boxed card games. Perhaps this explains my granddaughter’s unfamiliarity with a plain old deck of cards. For me, it’s just another example of finding ways to sell unnecessary products.

After my parents died, I inherited their writing desk. The drawers were filled with decks of playing cards, so I guess now I live in the house of cards. I’m going to give each of my grandkids a set so they can learn that many fun games can be played with one simple deck of cards. And maybe they can also use them to do probability questions on their math homework.

12 Responses to House of Cards