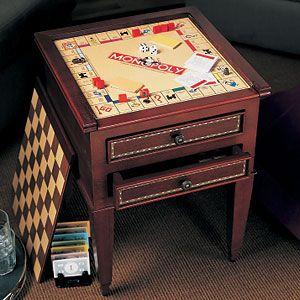 Board games were a popular activity in my childhood, most often after a big meal at a family gathering. Checkers, Clue, Sorry, Parcheesi, Scrabble, and Racko are the ones I remember playing most often. Sometimes we would play Monopoly but those games never concluded because we all used our normal, frugal money habits of preserving the cash. Only after I was an adult and understood the point of the game did I play it aggressively and wipe out the opposition with my high-end monopolies. The game does demonstrate good lessons from its origin during the Great Depression, but that was not the lesson I learned from tales of the Depression – don’t take too many risks and stay solvent.

Facial expressions, body language, joviality, and many gestures can go a long way.

My side of the family has continued the board game tradition into the next generations. These games include some of the oldies and many new ones. The common feature seems to be long discussion and disagreement about the rules of the game. Actual playing of the game often is an anti-climax. As soon as the boards come out my husband finds a book from the nearest bookshelf and disappears.

While browsing through catalogues he once pointed to an end table that had boards and pieces for Checkers, Chess, Backgammon, and Scrabble and suggested that I order it. Since he never wanted to play any of these games, I was surprised. His reason – “We can take it to our vacation house and your relatives will enjoy it when they borrow the house.” I am not sure how often they have played the games but I do remember one of my best game nights ever with that table. My nephew was visiting with his wife and her parents whose language is Romanian with hardly any English, at least back then. Backgammon was always on the back of any checkers board I ever used, but I had never played it. No problem – father in law will teach us. There followed my backgammon lessons from a man who is better at communicating without a common language than anyone else I have ever met. Facial expressions, body language, joviality, and many gestures can go a long way. Plus, a little broken English and Romanian words that have similarity to other Romance languages, such as Latin and French, which I had taken.

We had a fun time, certainly the best I remember while playing a board game.

13 Responses to No language in common? No problem.