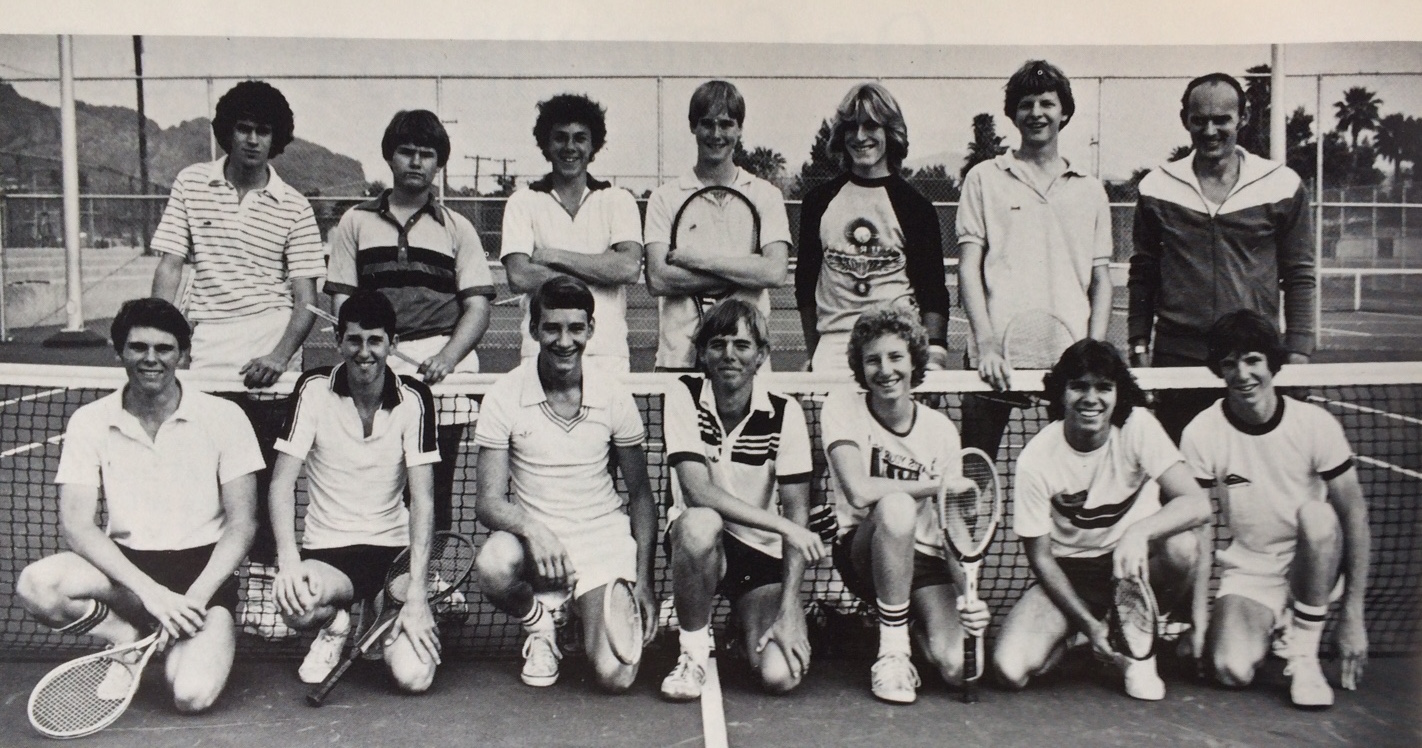 When I moved from Belgium to Arizona as a fifteen-year-old sophomore in high school, my guidance counselor,  upon hearing that I had belonged to a swim club in Belgium, suggested that I join the swim team as a way to make friends. I didn’t tell him that ‘Swim Club’ in Brussels was a social gathering to get bored kids out of the house doing something healthy, twice a week for an hour, only some of which was spent swimming laps and learning proper technique while the rest was taken up by games, diving competitions and general mayhem at the fastest speed we were allowed to walk on the wet pool deck. “Definitely no English required!” Mr. Pentecost assured me and smiled encouragingly. He even walked with me to the pool that afternoon and introduced me to the swim coach. The swimmers were thrashing in the water and churning up the water behind them and I already envisioned myself silently gliding alongside, no words necessary. “Great,” the coach said after hearing of my interest, “why don’t you change and join the guys for the remainder of practice?” I did as told and quickly found my rhythm in my favorite stroke, the breaststroke. When one of the other swimmers and I reached one end simultaneously, I got competitive and started to race him. The problem was that he soon was on his return leg while I was still in the middle of my first lap. One more lap and he had overtaken me despite my fiercest paddling. How was this possible?!? Practice ended shortly thereafter and the coach told me: “Nice job. We’ll get you up to speed soon enough. Come back tomorrow. Practice starts at 5.”

An ill-fated swim team trial turns out for the best after all.

Excited to be part of a team, I showed up at the pool the next afternoon, where the other guys were already churning up the lanes. “Where were you this morning?” the coach asked. That’s when it dawned on me why I had been lapped after just two laps – these guys practiced 5 hours a day: 2 hours before and 3 hours after school! Later I found out that our school’s swim team had been state champions for three out of the last four years. I reasoned with Mr. Pentecost that my academic endeavors and catching up with my English skills would not be helped by spending 25 hours per week under water. I never returned to the pool. Tennis, with just a couple of two-hour practices in the afternoons and a match on the weekends seemed far better suited to me, and thus began my lifelong passion for tennis.

4 Responses to How Swimming Made Me Take Up Tennis