Prompted By The Twilight Zone
6 comments. 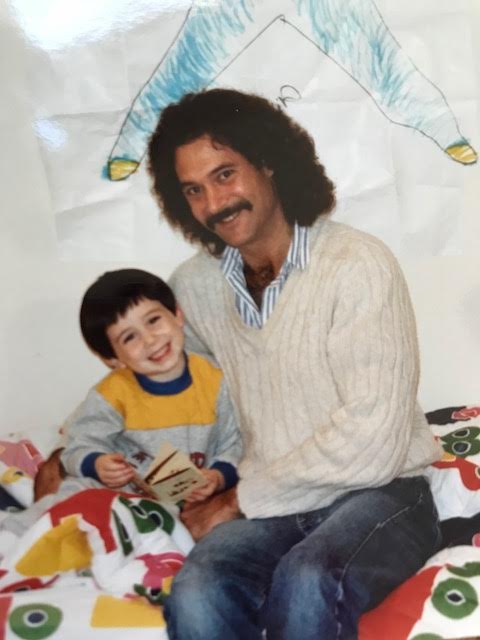 We live in a large, one story, L-shaped house. Though 70 years old, we are only the third owners. It is a contemporary, and was built as a retirement home by “Mom” and “Pop” Schwartz, who made their fortune in corrugated boxes. It sits on a corner lot, one block west of Boston College.

The lay-out was to their specifications, with his and her master bedrooms a few steps up the hallway, master bath in between, a guest bedroom down the corridor with a bathroom that also functions as the public bathroom. The front door opens to a large open foyer. On the left, a few steps down is a large living room,  across from that is a den (since a major renovation, the den now functions as a sitting room, and the new den is at the back of the foyer, renovated from a former porch). The dining room is behind the former den, across from the living room. Behind the dining room, at the corner of the L is the kitchen and breakfast room, and a side entrance into the house. Along the side of the house, above the garage, is a suite of rooms; bedroom, bathroom, sitting room and several large closets. Those were maids rooms in the original design. I use them as a permanent guest room and my study.

My children were quite young at the time of this story. We used Mr. Schwartz’s bedroom as our master bedroom. Four-year-old David was in Mrs. Schwartz’s room. The original guest room, a few steps down the hallway, was the nursery for infant Jeffrey. My husband traveled a lot and I was home alone with these young children.

At nursery school, David made a full-size drawing of himself. He laid down and the teachers out-lined his form, which he colored in. It was on a large piece of paper and we taped it to his bedroom wall. You can barely see it on the wall behind little David (with his uncle, Gerry Pfau), in the Featured photo. At the time of this story, we had moved the drawing to the wall at the head of the bed. The masking tape often didn’t stick well.

One night, while home alone, after the kids were in bed, I sat, writing in my study, at the opposite end of the house from the childrens’ rooms. I did not plan to be there long, so did not have the nursery monitor with me. Suddenly, I heard a high-pitched voice say, quite distinctly, “Help me, help me”. I jumped up and ran to check on my children, both too far away for me to have heard them, even if they had been screaming. Of course, Jeffrey couldn’t even speak at this point in his life, but first I checked on him. He was fast asleep.

Then I checked on David. He lay, cowering in his bed in the dark. The drawing had fallen off the wall and covered him completely. To this day, he swears he said nothing, though he was shaking like a leaf. Even if he had, I couldn’t have heard him from my study at the other end of the house, but that voice had drawn me out to check on him and come to his rescue. I pulled the sheet of paper off him and comforted him until he slept again.

I thought long and hard about whose voice I heard. I distinctly heard it call out to me. I came to believe it was the benevolent spirit of Mrs. Schwartz, looking out for my children, who warned me that night that David needed me. I never heard her again, but I always thought after that night, that she looked out for my children.

6 Responses to Is That You, Mrs. Schwartz?