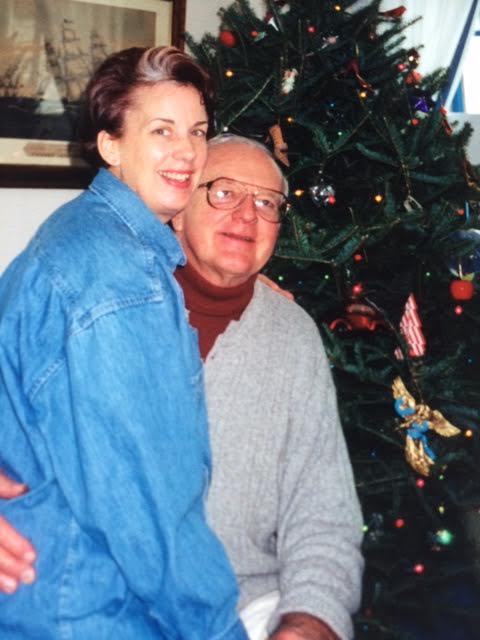 I met her “Becky Thatcher-style”; she was painting the white post fence that separated our properties and I introduced myself. We quickly learned that we were both involved in the art world, she as Director/Curator of the Brattleboro Art Museum, I as a board member of the Rose Art Museum at Brandeis University. She gave me hell for the recent firing of beloved director Carl Belz. I set her straight. I LOVED Carl, had nothing to do with his dismissal, indeed, had co-chaired his going-away party and remained in touch with him. All was forgiven and we became fast friends. 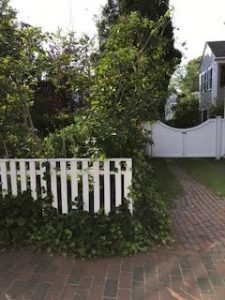 Mara and Jim were not yet married, he was a widower; it was only our second year in our house. Mara would be Jim’s third wife. She was much younger and had never married. She needed a man as smart and intellectual as she was. They both lived in Brattleboro, VT, though Jim was now  Senior Judge, formerly Chief Judge of the Second Circuit Court of Appeals in New York City, so was often there. As the hub of the art world, this was good for Mara too. They were a terrific couple and being a stone’s throw away was wonderful for us as well. We were back and forth all the time.

Mara is warm and engaging; she quickly embraced Jim’s children, step-children, grandchildren and friends. She is a wonderful, inventive cook and exceptional hostess. Jim was thoughtful, brilliant and welcoming. They had a small deck outside their kitchen door where they often sat, abutting my property. No matter who was there, I frequently joined them for a glass of wine or cheese and crackers and great conversation at the end of the afternoon.

If Jim was going over his papers and I was troubled by some current event (thank goodness he didn’t live to witness this political nightmare) Jim could always explain things to me. He made it clear that I wasn’t interrupting and was welcome. He knew the great and the ordinary. In a tribute book, printed when his papers were donated to the Vermont Law School, Ruth Bader Ginsberg is quoted saying that Jim was her favorite dance partner, and she famously loved her husband. 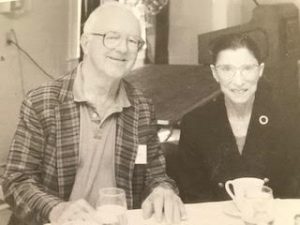 Mara was thrilled to tell me about one of the judges on Jim’s court, named Sonia Sotomayor. She might be coming to the island and Mara would be sure to have me over for lunch if Sonia could make it, but she came in September when I was already off the island. Mara did go to her Supreme Court swearing-in ceremony.

The “welcome” mat was always out. For my children as well, particularly Jeffrey, who’s social difficulties were increasingly apparent. Mara, one of seven children, was marvelous with him. They would play Hang Man. I will never forget the time he stumped her with the word “sphynx”. She still talks and laughs about it. We had them to dinner. They came down from Vermont for Jeffrey’s bar mitzvah and wept through the ceremony, reveling in his achievement. This was real friendship.

Mara opened an important Warhol show at her museum and I picked a date to come see it. I stayed with them in their Vermont home. I sat with Jim as Mara cooked. Over dinner, Jim told me stories of playing bridge with Jack Lemmon at Harvard (Jim was Harvard undergrad and Law School; when David was wait-listed, Jim wrote a glowing letter of recommendation, though David never got off the wait-list). Mara stayed with us in Newton a few times and admired an encaustic painting by a local artist. During World AIDS Day, many of the local art galleries held special shows, with some of the proceeds going to support a local AIDS charity. I arranged to buy a small painting by the same artist, similar to the one Mara admired and gifted it to her. Our bond only grew closer.

Jim grew ill, he was diagnosed with Parkinson’s. Mara tended to him with love and care. We still went over to visit, even as his speech diminished. Some who had previously been close didn’t like to see him in this reduced state. We still loved and respected him. Knowing this, Mara had us over for dinner, as we were not disturbed by Jim’s deficits. We chatted with him, understanding that he could no longer respond. Mara knew it was still good to have people around him. In his last months of life, with a full-time helper, they moved to the Vineyard permanently, as it was easier to be there. Jim knew the terrain well and wouldn’t wander far. They were right in town. He could go get his beloved dish of ice cream daily and have a measure of independence. Everyone knew him, so if he seemed bewildered, he could gently be led home.

I had just returned from a female Sarason cousins trip to the Shakespeare Festival in Stratford, Canada, when Dan, who was on the Vineyard, called and said Jim was in the hospital and failing. I rushed right down. Jim’s family gathered, Mara never left his side. He passed away the night I got back to the Vineyard on October 13, 2007. He was 83. We later drove up to Vermont to attend his memorial service.

Mara and I remain good friends. She had widow’s benefits to continue using the house and stayed in it for a while. We still went back and forth. We once had a dinner party in my house that she prepared. It seemed like the best of both worlds. We continued to enjoy each other’s company. After a few years, to fund certain trusts established by Jim’s estate, the house had to be sold. As Mara sorted through everything, she came across a pair of ceramic peacocks that had been in Jim’s family for years. She brought them over to me. She knew that “Pfau” means peacock in German and wanted us to have them. They now sit on a shelf in our den with family photos and Dan’s “hole-in-one” golf ball trophy; I look at them daily. I treasure them. 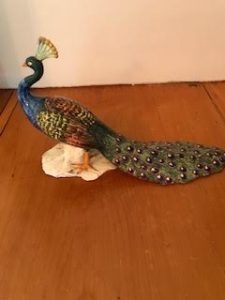 Mara now comes for the month of July, staying with a different, generous friend, who rents close by. She remains the life of the party, always well-informed, caring, reliable. She remarried a few years ago, to someone her own age, who worships her. He comes to the Vineyard when work allows. She walks her dog every morning and sends a text to her group of close friends, inviting us to gather for coffee at around 8am and “share the love” at Espresso Love (the local coffee shop). Those of us who can, do. It is an hour of delight to gather with this wonderful woman, my friend, Mara.

11 Responses to Jim and Mara