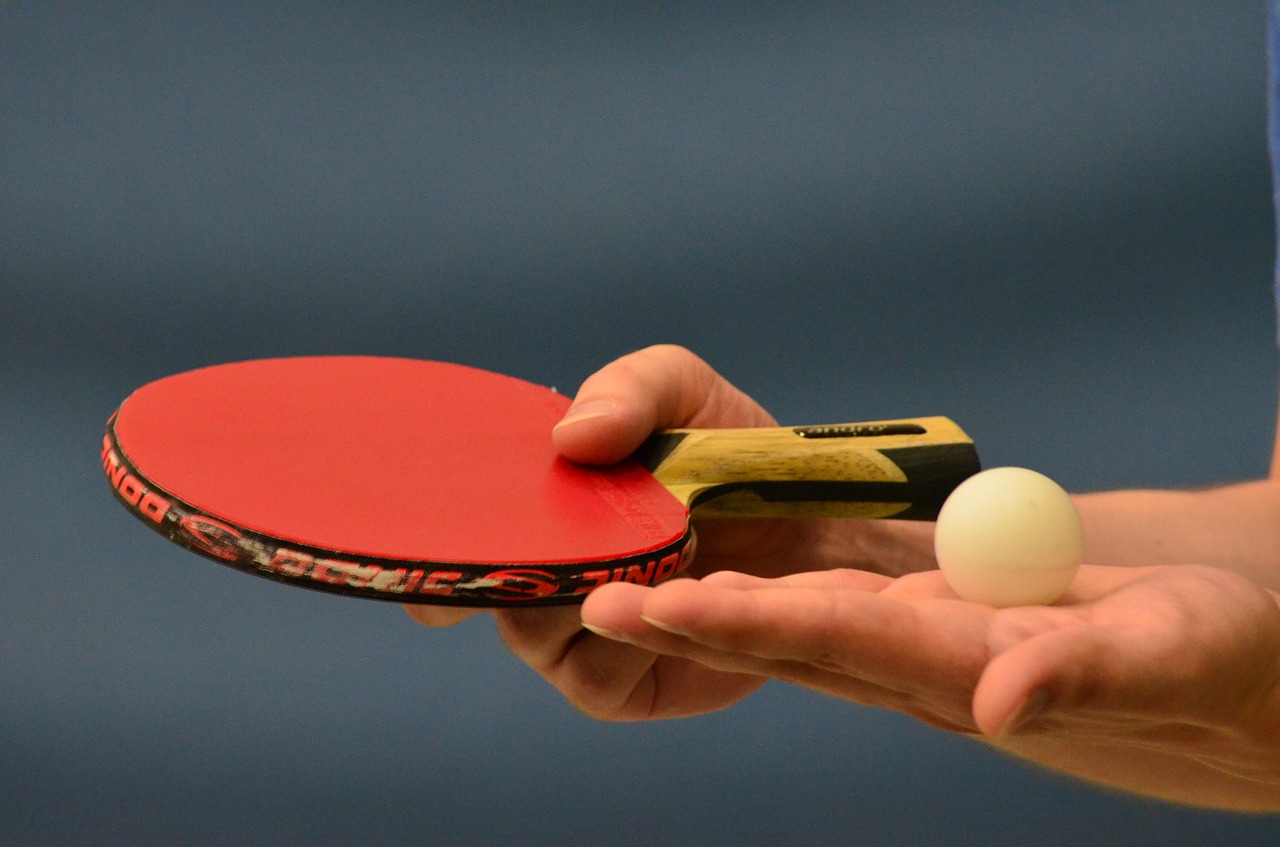 It seems fitting that my mother, who is 91, moved into the senior residence in Oakland where my cousin Joe, now almost 94, lives. They were raised in a duplex in Corona, Queens, with Joe and his parents living on the top floor, and my mother, her parents, and older sister downstairs. Joe’s father and my grandmother were brother and sister, so even though technically he is my first cousin once removed (I think), I consider him like an uncle.

The engineers ultimately understood that the game kept Joe going, giving him energy and focus.

Wiry and tenacious, Joe has a quirky sense of humor, a knack for magic tricks, and an amazing talent for ping pong. Despite his struggles with Parkinsons disease, Joe still plays ping pong and holds classes for the residents. All the more amazing because he can’t button his shirt and needs his food specially prepared to help him swallow it.

Last year Joe became involved in beta testing utensils that Google has developed for people with Parkinsons. (Google has lots of irons in the fire besides the search engine.) The utensils are engineered to remain stable so that people with hand tremors can safely and sociably eat, keeping them both more independent and connected to others. Joe had been using a new fork and went to the Googleplex in Mountain View to give feedback to the engineers.

There he met with five young men to discuss the fork and possible improvements, and when the meeting was over, the group passed a recreational area with a foosball table. Joe asked, “Do you happen to have ping pong?” The engineers said they did, and Joe suggested playing a game. They found a ping pong table, and I can only image the patronizing smirks among the engineers as they watched 93-year-old Joe, who walks with a shuffle and has tremors.

The smirks soon vanished as Joe beat the first engineer. The second engineer tried harder, and Joe beat him–and the third, fourth, and fifth. The takeaway? We might be surprised at what people can do despite their obvious limitations. The engineers ultimately understood that ping pong keeps Joe going, giving him energy and focus.

Joe’s Parkinsons disease has progressed in recent months, and he moved from his independent studio to an assisted living studio in the same residence. He doesn’t play ping pong as often, but using his Google utensils, still eats in the dining room with my mother, his many friends, and his ping pong students.