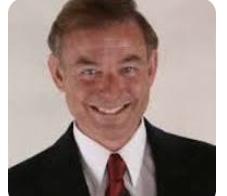 Years ago, we attended a fundraiser for affordable housing (an ongoing dilemma) on Martha’s Vineyard. The evening began with a reception on a large property where the Clintons had stayed while he was still in office, then fanned out to smaller parties across the island for special dinners and entertainment. We attended a “magic” party…we had been clued in to request this event, as it would be special. We knew most of the people there, the venue was gorgeous, host and hostess most gracious and the mystery guest was incomparable. Our host had hired him for corporate events, so already knew his caliber of work.

Our hosts lived next door to David Letterman, who was a reclusive presence on the Vineyard. They had private beaches on Edgartown Great Pond. I would see him jogging while I was on my morning bike rides. He’d wave and I would wave back, but he didn’t participate on the charity circuit. He came to relax. He also had a place in Montana, for longer get-aways. He was still the king of late night when this transpired and his son was young, so the Vineyard was an easy, relaxing get-away from New York City. Letterman was friendly with his next-door neighbor, who brought Jason Randal over to meet him before that first event started. Letterman was truly fascinated.

It was time for Jason’s act. We could not believe what we saw. He did up-close magic with cards, mind games, sleight of hand. He was phenomenal, the best any of us had ever seen. Great patter, pleasant demeanor. He sat with us later and chatted. We were entranced. I can’t describe what I saw, but will include a video of a Letterman appearance, since Dave loved him too. Dave called him his favorite magician and would have Jason on to celebrate Dave’s birthday – a huge compliment.

The fundraiser happened for several years and our host brought Jason back. One year, Letterman came over to introduce him, then disappeared. That was extremely rare, as he just didn’t do such things. He gave a little monologue by way of introduction. One woman shouted something at him. His put-down: “Lady, I work alone.” He was in cargo shorts and a tee-shirt. But he was there to support Jason. High praise, indeed.

Here is a Vimeo clip of an appearance on the Letterman show doing his card tricks. Letterman is as amazed as we are. Amy Sedaris is the other guest.

The French, As Usual, Have a Word For It….
by Dave Ventre