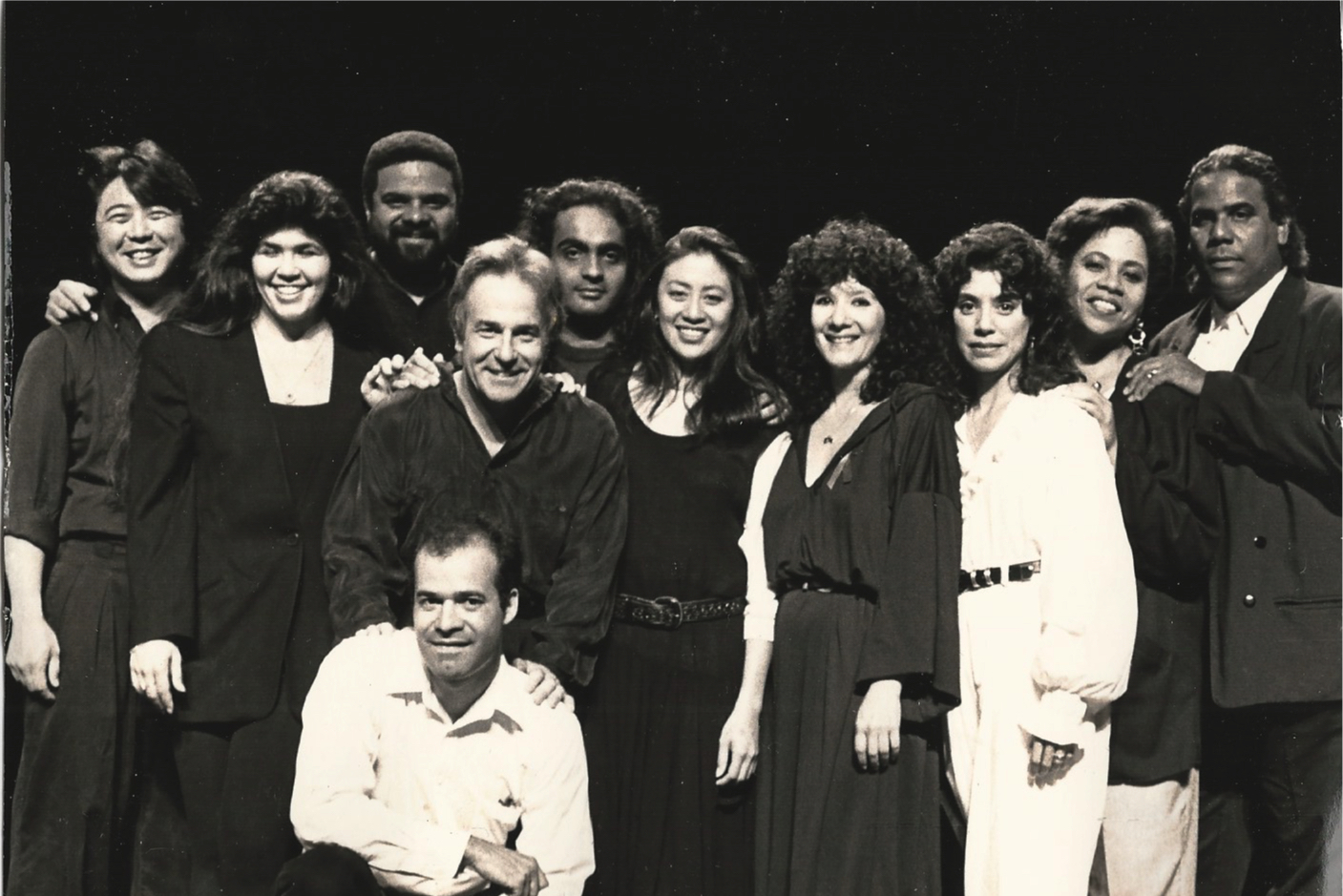 We gathered to chronicle the choking, smoke-filled days and siren-screaming nights of ’92, to project a cinematic family photo, to replicate violence against a lone black man, to trace the source of rage at injustice over abusive acquitted authority.

We recited text, struck LAPD tableaus, snatched court proceedings, sketched out Rodney King, a white suburban jury, and Los Angeles on fire. On purpose, I played the only white guy on stage.

18 Responses to Los Angeles on Fire