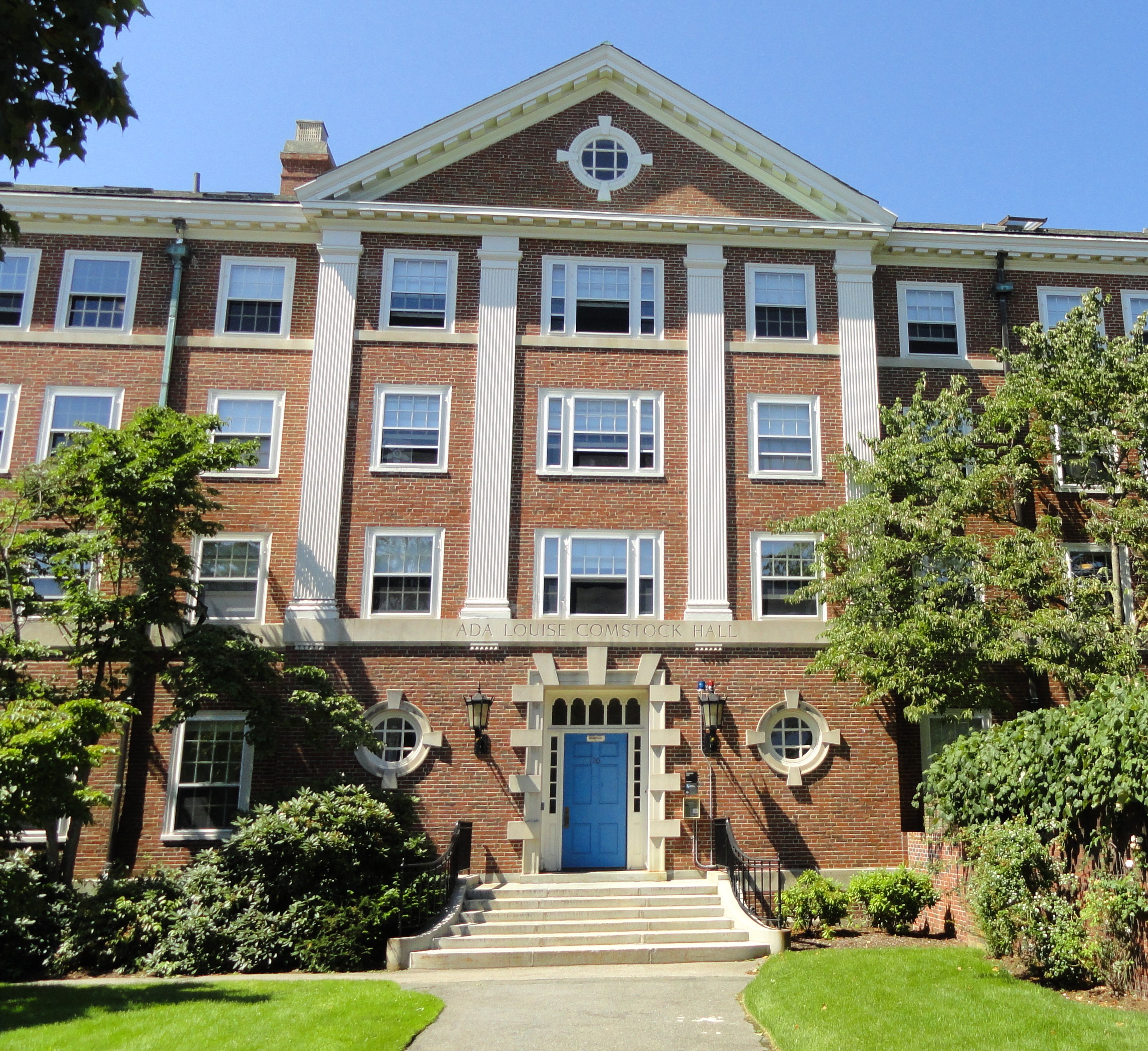 My oldest sister went off to Radcliffe College in September 1962, just as I started seventh grade. I was fascinated with Radcliffe – the apple trees with circular benches around them in Radcliffe Yard, the nine old homey-looking brick dorms around the lush green Quad – and with the bustling Harvard Square area. It seemed like every time we visited my sister, something wonderful happened. On one visit I got a great Marimekko dress at the Design Research store on Brattle Street, which I wore for many years. I wanted to come back as a student myself.

Six years later, when I filled out my housing questionnaire for Radcliffe, I requested to live in Comstock Hall, because that’s where my sister had lived. It wasn’t necessarily the most desirable dorm physically, but I liked the continuity of living where she had been, and it turned out to have an amazing collection of women who are still my best friends in the entire world.

I received contact information about my roommate in advance. Her name was Linda and she was from New Rochelle, New York. Her last name sounded Jewish, which made my parents happy. We wrote letters to each other all summer. I was living in D.C. that summer, so it wasn’t feasible to meet in advance. But it seemed like we had everything in common.

My parents and I drove up to Cambridge from New Jersey on a lovely September day. I had just returned from the tumultuous 1968 Democratic Convention a couple of weeks before, leaving Chicago on the day I turned 17. It was a wonder that my parents were okay with having me leave home again so soon, but they probably figured that Cambridge would be a lot safer than Chicago. No tear gas, anyway.

The car was packed to the gills with my clothes, my stereo (which was huge!) and my record collection, a few books and my new typewriter. I was renting linens from the college linen service, but I had my own blankets and pillow. There was barely room for the three of us in the car. It was a four-hour drive, and we all sighed with relief when we got off the Mass Pike at the Cambridge exit.

We easily found Comstock – after all, my parents had already moved one daughter into that dorm – and got all my stuff unpacked and my stereo set up. Linda was there too, with her parents. Eventually both sets of parents left. I’m thinking now that my parents probably just turned around and drove home the same day rather than staying overnight, but I don’t know for sure, and there is no one left to ask. If I had written this story last year, would my mother have remembered? Hard to say. At 95, her memory was very sharp about some things, but certainly not everything.

After Linda and I were all settled, we went to meet the girls across the hall. It turned out that their names were Suzy and Linda too. What was the housing office thinking when they put us across from each other? Someone must have had a quirky sense of humor. (Counting names in the Radcliffe Freshman Register, I see that Susan/Suzanne was the second most popular name in our class, and Linda was the third, with 17 and 10, respectively, out of a class of 300 women. The most popular name was Katherine/Kathleen [spelled with either a K or a C], with 21. Still, it seems bizarre to make two pairings of Susan/Suzanne and Linda, and even more so to put them in rooms right across the hall from each other.)

The four of us ended up getting a phone together. In those pre-cell-phone days, there was a dorm phone on each floor, but if you wanted to be able to talk in privacy and/or comfort, you needed to sign up for phone service from New England Telephone, get a phone installed in your room, and pay the bill every month, just like a grown-up. The name thing made phone calls a little confusing – whenever someone called, whether they asked for Suzy or Linda, we would have to say “which Suzy?” or “which Linda?” And both pairings turned out to be unsuccessful. By December, the other Suzy had moved to a different dorm, and the two Lindas had switched rooms, so that I was rooming with the Linda from Chelsea, Mass., and the Linda from New Rochelle was by herself. But it took a few months to discover the incompatibilities, on that first moving-in day everything seemed great.

Gradually I met all the other girls in Comstock, upperclasswomen as well as freshmen (freshwomen?). That was one of the nice things about Radcliffe as opposed to Harvard, our dorms had all the classes mixed together. Great for getting advice about courses . . . or men!

In later years, the Comstock women certainly have seemed more cohesive than the women from any other dorm. At every reunion, there is the ceremonial taking of the class picture on the steps of Widener Library by a professional photographer. First they take the enormous picture of everyone from the whole Harvard-Radcliffe class. Then they take a smaller picture of just the Radcliffe class. Then we always request a picture of the women of Comstock Hall. No other dorm does that, to my knowledge. Here is our picture from 2007. 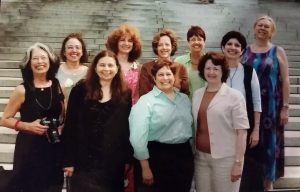 There were a lot more of us in the dorm, of course, these are just the ones who came to the reunion. As it happens, neither of the Lindas is here, nor the other Suzy. But these nine women in the picture with me all played an important part in my college experience. And I’m pretty sure I met all of them on the first day of school.

6 Responses to Love That Dirty Water