Prompted By The Eyes Have It
25 comments. 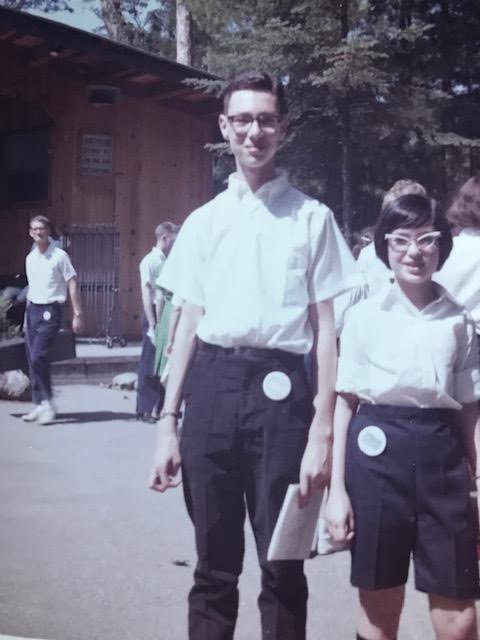 I began wearing glasses at the age of 8. I couldn’t read the board clearly and knew something was amiss. I had become near-sighted. But my beloved teacher, Mrs. Zeve, wore glasses and she made it seem OK. I got pink, metal frames that weren’t too ugly. My second teeth; big and crooked, came in too and I felt like I looked like a freak. Kids mocked me. Those glass frames broke and the next ones weren’t as nice. The “cat’s eye”, pointed frames were fashionable. It wasn’t a great look for a little girl. I don’t think I carried it well. Also, it seems that my brain needs to see things crisply. As my vision would worsen, I’d get headaches, the beginning of a lifetime of dealing with migraines.

Soon after, I remember getting my first “floater”, clumps in the vitreous  (liquid) inside the eye, casting shadows on the retina. I asked the next-door neighbor boy to take a look and see if he saw anything in my eye (of course he couldn’t). I was very young for something like this. Usually these come with age, and indeed, they have increased. My left eye has some that are so large they almost entirely obscure my vision from time to time. And sometimes, I see little black dots and think there are bugs flying by and swat at them. Not helpful!

In 6th grade, that awful year when we moved from Detroit to Huntington Woods, my mother had a mental breakdown and the girls were so awful to me, one memory around those glasses sticks in my brain like a raw wound. I sat in the front row of desks. One morning, a boy who sat a few desks down from me, walked in, stood in front of me, held my chin in his hand, tilting my head this way and that. I thought he admired me. Then he took his comb out of his back pocket and combed his hair in the reflection of my glasses! That one hurts to this day. Of course he became a therapist.

I am 11 years old in the above Featured photo. It is my first day at the National Music Camp in June, 1964 (months after the above incident). My cabin hadn’t gotten our corduroy knickers yet (camp-issued uniforms). My parents found my brother and me in Main Camp (it was unusual for the little girls to be in Main Camp) and snapped this photo. It was also rare for me to be photographed wearing my glasses. Even at that age, I always took them off for pictures. I couldn’t wait to get contact lenses.

I got my first pair of contact lenses at the beginning of 9th grade. Those were original, hard lenses. We sat in the optometrist’s office every day for a few weeks as we built up wearing time and learned proper care for the lenses. I was a quick study and wore them very well. You could usually spot a lens wearer. She would blink a lot and maybe squint. I had no such problems and wore mine very successfully for years. At some point, my father bought me a second pair and dropped the insurance on them (they were expensive). I never lost a contact lens.

Sometime in the early 1980s (after wearing my original pair 15 years or so), I noticed my eyes were a bit blurry. I was standing on a Metro platform in Washington, DC with two colleagues. One also wore contact lenses and told me he’d had the same problem. He gave me the name of his ophthalmologist, whose office happened to be a few blocks from my home. I made an appointment and he identified the problem immediately. My original hard lenses didn’t let oxygen get to my corneas, causing the blurry damage. He prescribed gas-permeable lenses and everything cleared up. I stayed with this wonderful man through several office moves (he wound up as Head of General Eye Services at Mass Eye and Ear) until his retirement, many years ago. He was SO helpful.

Unfortunately, in January, 1990, I developed severe dry-eye. I produce only 20% of normal tear flow. My father died early that month, I was nursing a baby and it was winter; I thought it was a temporary phenomenon and would pass, but it didn’t. I couldn’t comfortably float my contact lenses on my eyes. About that month, Vicki later observed that I’d used up all my tears crying for my father.

I discussed this with my doctor. He suggested I try soft lenses. They have a high water content and could be more comfortable, but I probably wouldn’t get as good a correction. I was willing to try anything. I moved to those lenses and they were fine for a while, but even those became uncomfortable, so I’d save my wearing time for special occasions – if we went out in the evenings; times like that. Also, by the time I was 38, I found I needed to wear reading glasses over my contact lenses. I felt I was very young for that. I got graduated bifocals in my regular glasses. My eyes were rapidly deteriorating.

I tried plugs in my tear ducts to retain the tears on my eyes, but they didn’t work. I cauterized the lower tear ducts shut. I’m not sure it made any difference. I had to give up the contact lenses altogether. I’ve tried Restasis and even a new drug, Xiidra. Nothing worked. I appear to be allergic to Xiidra, as it caused tears to flow down my cheeks constantly (without bringing any relief to the chronic dry-eye). 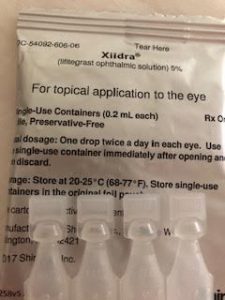 I had followed the literature on photorefractive keratectomy (PRK) for some time. It was a way to correct severe (up to five diopters of myopia) by scraping and reshaping the cornea. It was legal in Canada, but not the US. It became legal here in 1995. After some discussion with my doctor, I moved forward with it (this was a precursor to LASIK, more involved and less comfortable). I did my right eye first on a Friday, had a painful weekend, but was fine by Monday. My vision was better, but not perfect. I moved on to the left eye. The doctor finally informed me that I ALSO had astigmatism. Who knew? No one had ever mentioned that to me, everyone was focused on the myopia. Correcting for the astigmatism was yet legal to do as part of the procedure. REALLY? So, though my vision was much better (though I had lost all my up-close vision and now needed strong reading glasses), I still needed to wear glasses. Sigh.

A year later, the procedure was approved for astigmatism. We went back and tried the left eye again, but got no improvement. There isn’t much remaining of my cornea to reshape. So I still need glasses. I’ve gone through all sorts of styles, but settled on a rimless pair because they are very lightweight (increasingly, anything pushing on my head can cause a migraine) and because it doesn’t obscure my face. But the type of correction that I need does cause my eyes to look a bit askew. 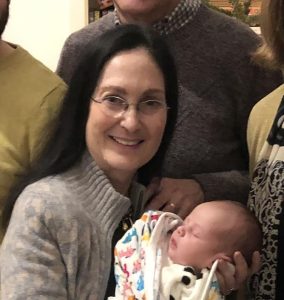 Increasingly, I have difficulty seeing at night and I find the other car lights blinding. I had my doctor check for cataracts each visit. I had the beginnings of them, but nothing serious. Yet, about five years ago, I had an evening incident that really frightened me, while driving on unfamiliar streets. My GPS gave me directions that I couldn’t follow, I couldn’t read the street signs, I got horribly lost and it took me a long time to get home, after dropping off a friend in Cambridge. I begged the doctor to do the surgery, which he did. Since we were traveling, and I had a chorus concert, I did the eyes a few months apart. He had cautioned me that I might not get perfect results because of the PRK surgery, which had tampered with my cornea. Indeed, though I can pass a driver’s test without correction, I would never drive without glasses, so still wear them almost all the time. I see well at a middle distance (eating a meal, talking to a friend at close range), but distance remains a problem, and of course, reading. 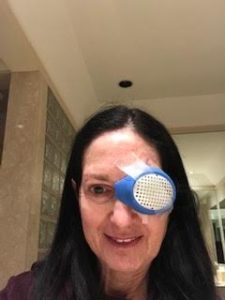 Since we spend so much time on the beach, and my eyes are quite sensitive to light, of course, I have prescription sunglasses too. Glare off snow is a problem too. I wear sunglasses often. 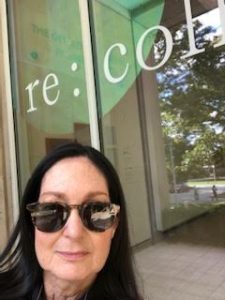 With a history of glaucoma in the family, what will the next chapter hold? I turn 70 this year and check on my eyes regularly. Time will tell.

25 Responses to Myopic With a Side of Astigmatism

“To see into another’s heart, Eyes are the place to start”
by Jim Willis