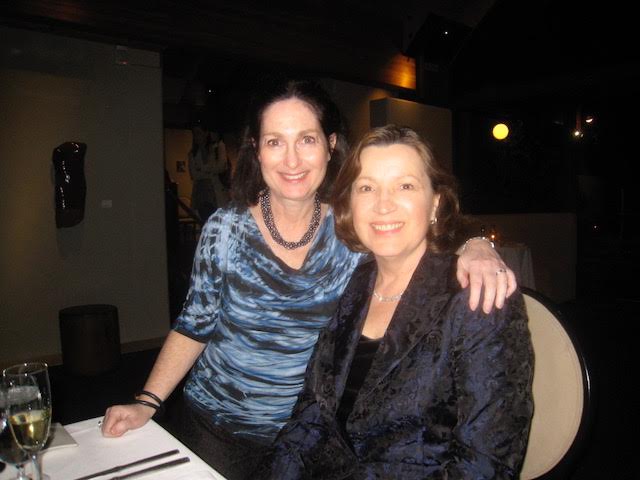 My dearest camp counselor wrote this to me in 1966:

My father once told me: “To have a friend, be a friend.”

Those may seem trite, but I like them both very much and have found that friendship must be based on common interests and values, shared experiences, trust and to some extent, history. There are several people in my life who go back many, many years. I may not see them often, but I know the friendship remains and we could pick up where we left off and nothing will have changed. We can still laugh about things that took place decades ago, worry about the state of things today, mourn the loss of loved ones, share great stories, soothe one another. That is true friendship.

I have this with Patti. We met in 1967 at the beginning of 10th grade. We were in geometry class and Girl’s Choir. We were also involved in the musical that year. it was “Bye, Bye Birdie”. She was the choreographer, I was Randi, Kim’s little “sister”, actually a boy’s role, but was changed for me…at least I got to sing “Kids” and “Hymn for a Sunday Night” (Ed Sullivan…we’re gonna be on Ed Sullivan). The man whom she would marry was the pianist. Quite a fortuitous ensemble. Patti and I went on through two more years of choir (by now the top choir at school), the madrigal group, chemistry class in 12th grade, more musicals, and became close friends. I spent long hours at her welcoming home. Her mother baked and cooked and was always happy to see me. She worked in management at Avon and gave me little gifts for Christmas. If I dig deeply enough in a bottom drawer, I believe I will find a hair brush she gave me one year. Knowing that I was always fascinated by Catholic pageantry, they once invited me to join them for Christmas Midnight Mass. Patti told me to follow her lead and do everything she did, so with wide-eyes, I took it all in and genuflected, and kneeled…until they went to take communion. “Don’t follow”, she warned me. This Jewish girl stayed on her knees.

We went East to college, I to Brandeis, she to Boston University, where she could be close to her boyfriend at Harvard. They came to see me in my shows, I went to their parties. Unlike J, we couldn’t afford to go home for Thanksgiving, so I went to Patti’s apartment in Boston both years she was in town. We had a great time together (as we always do). The first year, she cooked Cornish game hen, the second year, she made turkey with all the fixings. She is a wonderful cook. I have even learned a few dishes from her. I make a good pasta carbonara thanks to Patti. Following our sophomore year, Patti was intent on transferring to Mills College in California, this time J followed her west where they settled. It was more difficult to stay in touch back in the early ’70s, but we saw each other when we were home in Detroit. I attended their wedding, and one year later Patti was one of my two bridesmaids.

I settled in the Boston area, so it became more difficult to see one another, but we took our first trip to the West Coast in 1975 and stayed with them. Other visits followed. Harvard reunions provided opportunities for them to come East. My older son went to Stanford and my younger child moved to the Bay Area after graduating from college, so there have been many more opportunities to get together more recently. Still, between lengthy phone calls and email, the friendship has never waned. After singing the Brahms German Requiem with my community chorus 14 years ago, I couldn’t stop buzzing for days. I called Patti and we talked over an hour about the joy of the experience, something else we now shared.

Patti knows all my secrets, has been there for me during any crisis and I have been able to celebrate many joyous occasions with her. We support each other through thick and thin. We spent a glorious afternoon wandering around the Stanford Mall just last February. We gossiped about old friends, talked about important stuff and nothing substantial at all. Just as old friends will do.