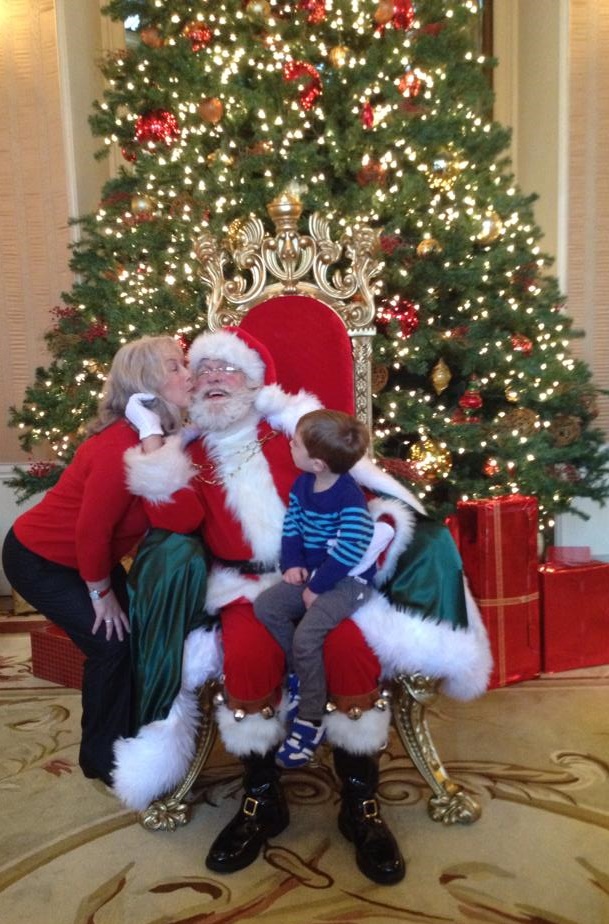 Just like those old chestnuts roasting on an open fire, it’s that time of year again. A holiday favorite–of mine, anyway.

Christmas morning on Humphrey Avenue in Richmond, California, the 1950s: the quiet before the wrapping paper storm.

As if on cue, all the other kids on the block would come running out of their houses with new roller skates, new flexy flyers,  new dolls,  new bikes, new BB guns, new batons, or maybe all of the above. I sat and looked out the window for the first sign of new loot on the street. Then I’d have to suck it up and admire the new Barbie or easy-bake oven or hula hoop.

While I enjoyed talking about eight days of presents, what I didn't talk about was how many of my gifts were practical things, like, oh, socks, for example.

We had lights; they had lights.
We got presents and so did everyone else.

While I enjoyed talking about eight days of presents, what I didn’t talk about was how many of my gifts were practical things, like, oh, socks, for example. And maybe a new nightgown. And books, can’t forget the books. Or the gelt: those little net bags filled with  the gold foil-wrapped discs of chocolate that you could use to stake a game of dreidel, or just sneak off and eat. (These were much better than latkes, which I  never liked anyway).

In my family, we learned early on that Chanukah was not a big deal holiday; it was not the “Jewish Christmas,” and my parents would never in a million years allow a tree of any kind to take up a corner of our living room, even if you called it a Chanukah bush. 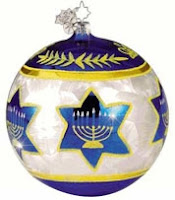 Never in a million years

The winter holiday season was kind of a mixed-up time for me as a kid. I knew that the other kids would be jealous when they learned that Chanukah (and here’s another thing: why so many spellings already?) lasted eight days and we got presents every night, but really, it wasn’t at all like Christmas, with the right after Thanksgiving build-up on the radio and on TV, and the music all the time — Jingle Bells and Rudolph the Red-Nosed Reindeer and the Drummer Boy and White Christmas — and the strings of lights on the houses and across the streets downtown and the store windows filled with mechanical displays of Santa’s workshop and winter tales, and all the toy commercials and Santa Claus ringing a bell on the corner or sitting in a big chair at Macy’s or the Emporium.

One of my aunts took me to see a department store Santa once. I believe I told him that I didn’t celebrate Christmas, but it was a pleasure to meet him anyway.

We sang Christmas songs at school and had a Christmas program, with a token dreidel song thrown in at the end. I remember asking my mother if it was OK to sing “Silent Night” and other carols at school. Could I say “Jesus” even?  I worried about this. She assured me that it was fine to sing songs — they were just songs! (She sang those songs herself as part of a musical group she led called “The Mothersingers.” Really. They did a holiday show and sang many songs of the season with no side effects.)

So, even though I now celebrate Christmas with my mixed-up family (we have French toast made with challah and eggnog on Christmas morning — tradition!!), I still feel those long-ago twinges of anxious anticipation:  waiting for everyone else’s new stuff to come out while trying to look excited about new socks. Not that there’s anything wrong with new socks. 7 Responses to Nu? So It’s Christmas