Once Upon A Time by jonathancanter
25
(36 Stories)

Prompted By Do You Believe in Magic?
10 comments. 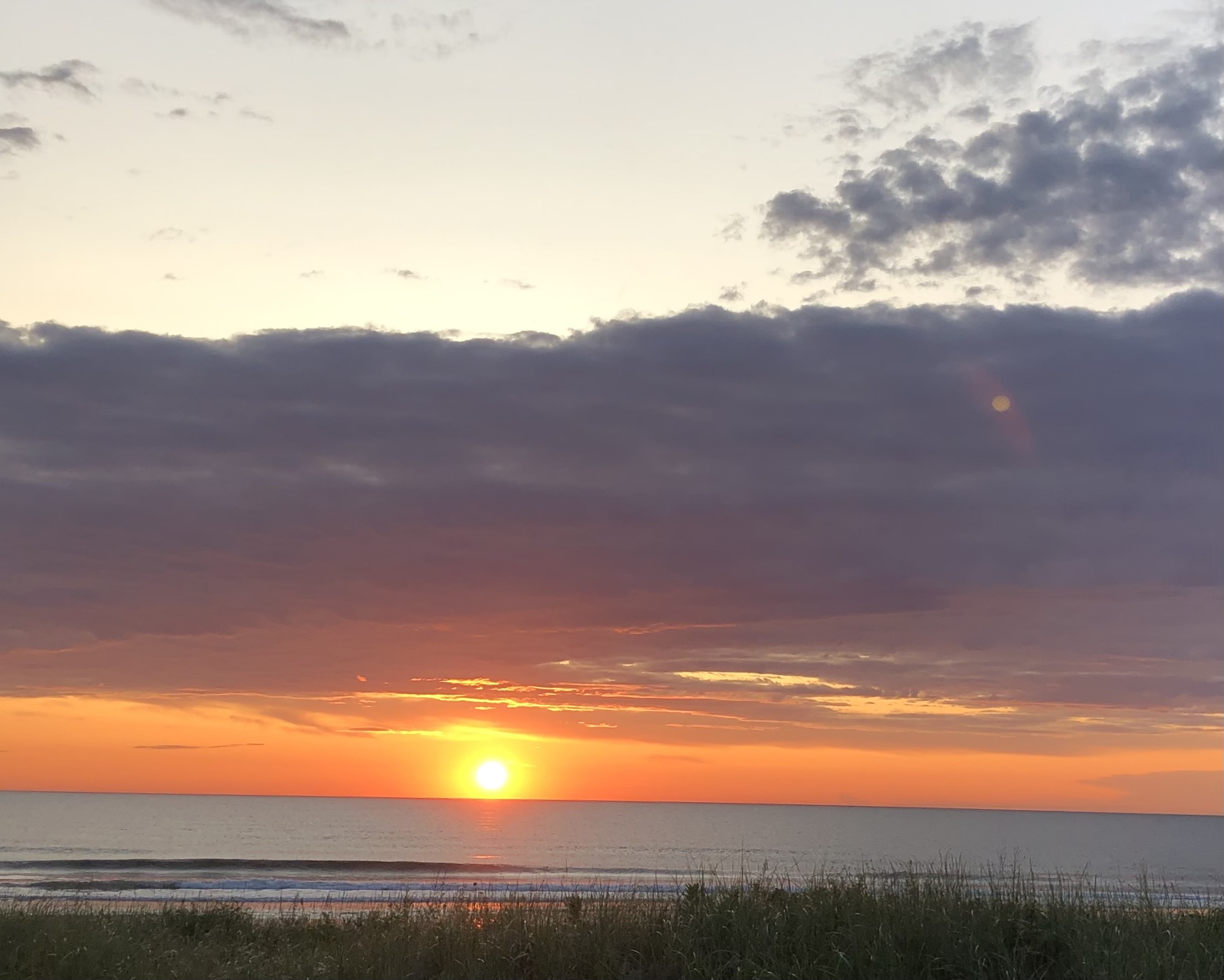 Magic, you once took me for a spin over the smooth ocean, with a sea gull and a passerby dog. The dog was our ballet master, instructing us with aesthetic purpose.  We circled and bobbed at his urging—arms, wings and paws in unison—as a giant red sun rose out of the water.

We circled and bobbed at his urging—arms, wings and paws in unison—as a giant red sun rose out of the water.

I would call this interspecies communication of the third kind.

The dog?  Maybe be had herding instinct.  Maybe he trained at Juilliard.

The gull?  He swam without a ripple.  Proud and graceful as a swan.

Me?  I was young and open to new experience.

I speculate that our pas de trois was not so unique, in the annals of time and experience. Variant brains have been forming since protozoa were young, sharing the experience of dawn over the ocean, which one doesn’t need a recumbent thumb or upright posture to appreciate.

I have not been asked back.  Arguably I missed my chances by growing old and cautious, and spending dawns in bed, far from the ocean.  I can’t realistically expect a passerby dog to break into my house, pull me from bed, and blow cobwebs out my ear.

From time to time, I’ve looked deeply into the eyes of a dog or a bird, looking for a wink of recognition.  To date no one has spilled the beans, except for me, here. 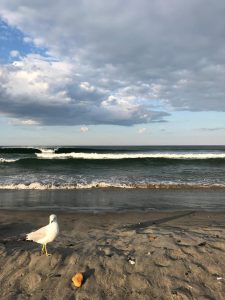 10 Responses to Once Upon A Time