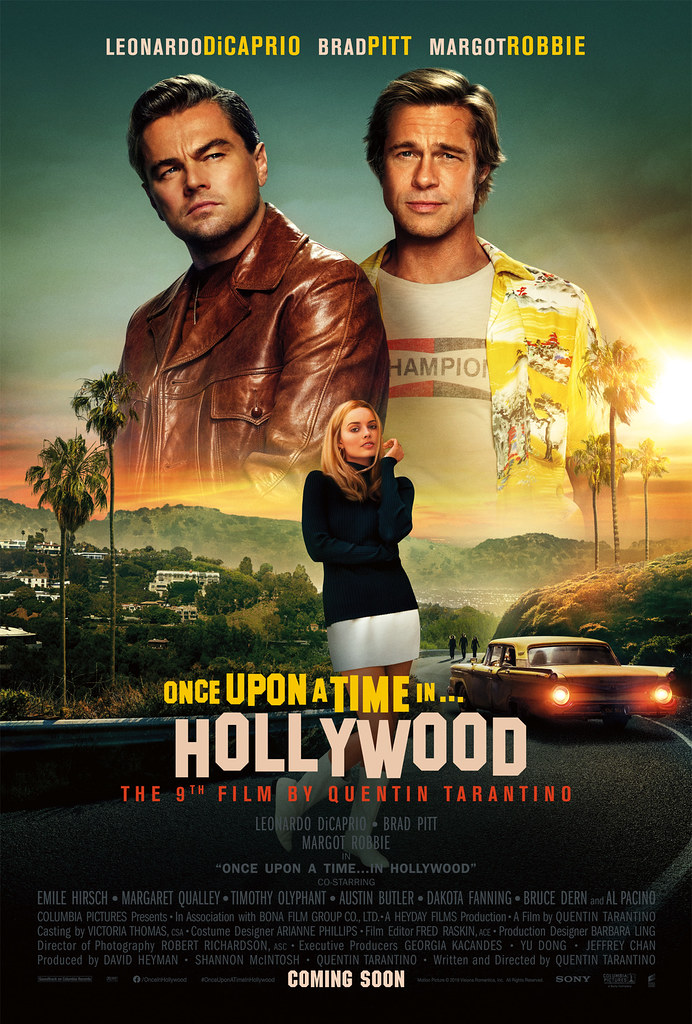 I’ve enjoyed some of the movies that have made top ten lists. Parasite, The Irishman, JoJo Rabbit, and Marriage Story are particularly good among the ones I have been able to see. But my favorite movie of the year for pure enjoyment is Once Upon a Time in Hollywood. It was released this summer, so people have pretty much forgotten about it. Directed by Quintin Tarantino (usually not my favorite) and starring Leonardo DiCaprio and Brad Pitt (still pretty hot for a 55-year-old), it is set in 1969 hippie Hollywood and captures so much about that time. The music, iconic characters from that era, clothing, products, television shows, bill boards – and of course Sharon Tate (Margot Robie) and Charles Manson (Damon Herriman) — all recreate how life felt as the sixties wound down. The film did receive a Golden Globe nomination in the musical/comedy category, important to remember when it comes to the Manson stuff.  If you remember 1969, I recommend this flick for you.

10 Responses to Once Upon a Time in Hollywood

THE IRISHMAN
by Dana Susan Lehrman

Burning Down the House
by Suzy