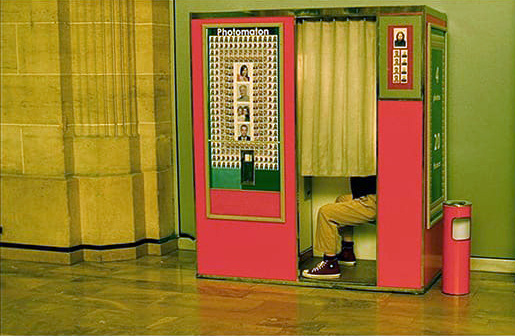 One of my all-time favorite movies, Amelie, has a lot going for it…the enchanting Audrey Tatou, dozens of evocative Paris locations—particularly Montmartre—and the iconic Photomaton…a photo booth, the photo booth I borrowed and tweaked for our featured image. As part of the plot line, Amelie (Tatou) pursues an eccentric and mysterious man who collects discarded “automatic portraits” he finds beneath the booth.

Even when being used for identity purposes, many photo booth photos have an aura or a certain allure about them. A photo strip of my grandmother when she was a young woman shows her wearing a fur collar (okay, a dead animal around her neck) and a decidedly coy smile; another shows my mother, probably in her early 20s, looking trés chic in a black hat with veil, and with a man she very almost married. Who knows, maybe he was my father! They offer stories for my imagination to run with. As did this passport and proof of nationality that I transformed into a three-dimensional collage. 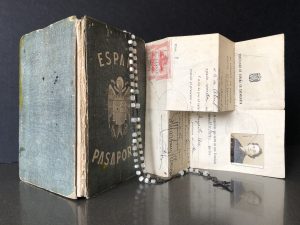 I have several strips—or half strips, having given half away to the other half—chronicling a few of my own early friendships, and early romances. Since we rarely carried cameras back then (especially on a casual date), we couldn’t resist a photo booth at an amusement park or arcade to capture an especially fun date or promising relationship. Because of the tiny round swivel stool provided as a perch, I’d inevitably end up on someone’s lap, which was half the fun, especially once we’d pulled the privacy curtain closed. Oddly enough, the curtain shielded only our upper halves…I guess they didn’t want to give people too much privacy. And posing was always a trip…we’d usually mug for the camera, or where we thought the camera was behind a mirrored sheet of glass where we’d smooth our hair, try out a look or two. Even though spaced at regular intervals, it was almost impossible to figure out when the light was going to flash…it always seemed to happen right after we stopped posing. Then there was what seemed like an interminably long wait for the strip to finish processing and crawl down into the little cage where we couldn’t wait to get our hands on it. 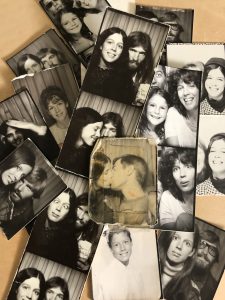 And then of course showing the photos to our friends, pasting them into our scrapbooks, or inserting them into plastic holders in our wallets. Which is why so many of these photos endure, and endear. 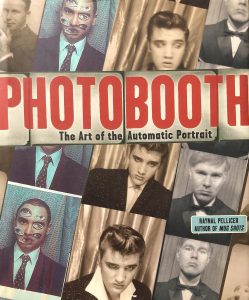 I have a fascinating book entitled (surprise!) “Photo Booth…The Art of the Automatic Portrait,” that’s a compendium of photo booth history, memorabilia, and creative use of the medium. Some artists— Andy Warhol and Francis Bacon to name just two—used it as a springboard for their  imaginations as did a gallery full of lesser-knowns. In keeping with the spirit of the book, I had some fun of my own combining booth pix with the covers of my grandmother’s old recipe booklets: 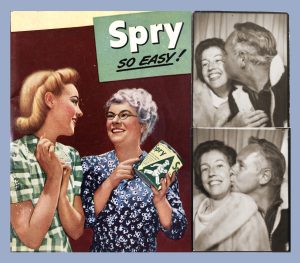 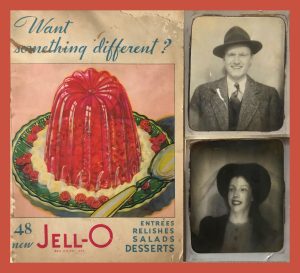 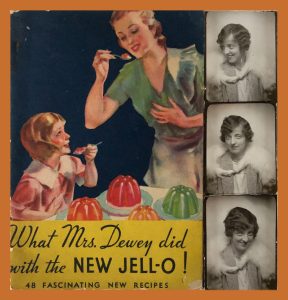 Below is my most recent strip. I can’t remember what the occasion was, but masks were involved and very possibly alcohol. Photo booths have been resurrected and redesigned for amusement at parties, graduations, weddings…everything but funerals.