Prompted By Lost in Translation
12 comments. 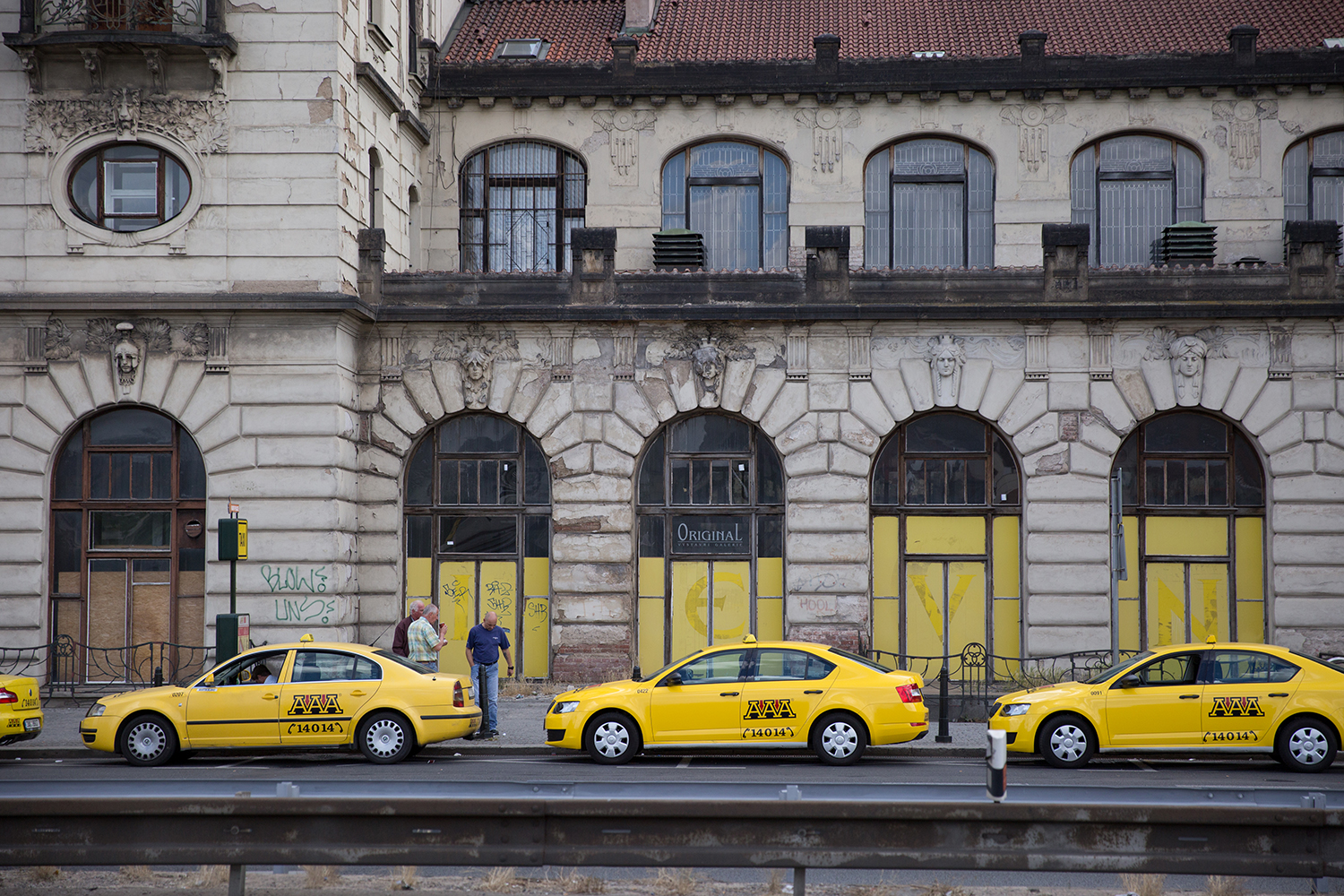 I don’t know what possessed me to think that I could go toe to toe with a group of Czech taxi drivers speaking a language I barely knew, but in retrospect, I think I can claim at a minimum that I fought them to a draw. My family had the wonderful opportunity to visit both halves of the former Czechoslovakia when a family friend, Bob, returned home from a business trip to Russia which took him through Bratislava, the capital of post Soviet-era Slovakia. He related how he had found his way to services at an old and virtually deserted synagogue. All of the few attendees were easily over 70 years old, and had somehow survived the holocaust. A young rabbi led the services.  He had grown up in Milwaukee and, of course, spoke perfect English.

My second advantage , I am certain, was that they had concluded I had gone completely crazy ...

Bob’s son Max was in the process of preparing for his Bar Mitzvah, and his father thought he displayed little interest in the process. So the thought of Bob’s son becoming a Bar Mitzvah in the first service since the 1930’s or 40’s seemed particularly appealing; indeed, exciting. Perhaps it would be more meaningful to Max than one in California. The rabbi agreed, and about a dozen people in our congregation here thought it would be great to travel with Bob and his son to be part of the service.

My family flew first to Prague and after a few days, took the train to Bratislava. Others started out in Bratislava and planned some time in Prague afterwards. It was fun, fascinating, and meaningful. After the Bar Mitzvah, and dinner with the Rabbi, his wife their eight daughters and one son, we said our good-byes to Bratislava and all of us took a train back to Prague, where we arrived together at the station around 9 pm, looking for 3 cabs to accommodate us.

Taxi drivers in Prague have a well-earned reputation for taking unlimited and unfair advantage of foreign travelers, paying no heed to government efforts to reign them in and enforce a reasonable and predictable price structure.

Having taken the same route to the station from the hotel zone by cab a week earlier, I knew the fare should be about 125 Czech Koruna for each cab. Suspecting our vulnerability, the cabbies quoted us a price of 350 Koruna per cab. We, naturally, expressed our outrage. It was at this point that the cab drivers suddenly forgot any English they ever knew, feigning an inability to understand a single word we were saying.

In an early Retrospect story, I have discussed my attempt to learn Russian. After 15 semester hours of courses, the professors very kindly told me I shouldn’t take any more; I would never learn the language. They liked me, said they’d give me a B for my final semester, but only on condition I not take any more Russian. Suffice it to say, more than 30 years later, there wasn’t much Russian left from my studies. But I did know (or believed) that most Czechs spoke Russian, and certainly a lot more than I.

So, in a loud, angry manner, I started in on them, in no doubt hideous Russian, repeating in simple sentence fragments that we’d been here a week ago, and the fare was 100 Koruna. I had two advantages: I had 14 other riders who thought I knew what I was talking about, and quite reasonably weren’t going to budge until I was satisfied. The cab drivers figured that out. My second advantage, I am certain, was that they concluded I had gone completely crazy, thereby making me appear unmoved by the realities of being in a foreign city late at night with no serious bargaining power. And given my Russian, they knew we weren’t going to have a serious conversation in that language anyway. After about five minutes of this “Czech standoff,” one of the drivers said, in clear English, “Okay. 150.” The deal was struck and we all got to our hotel.