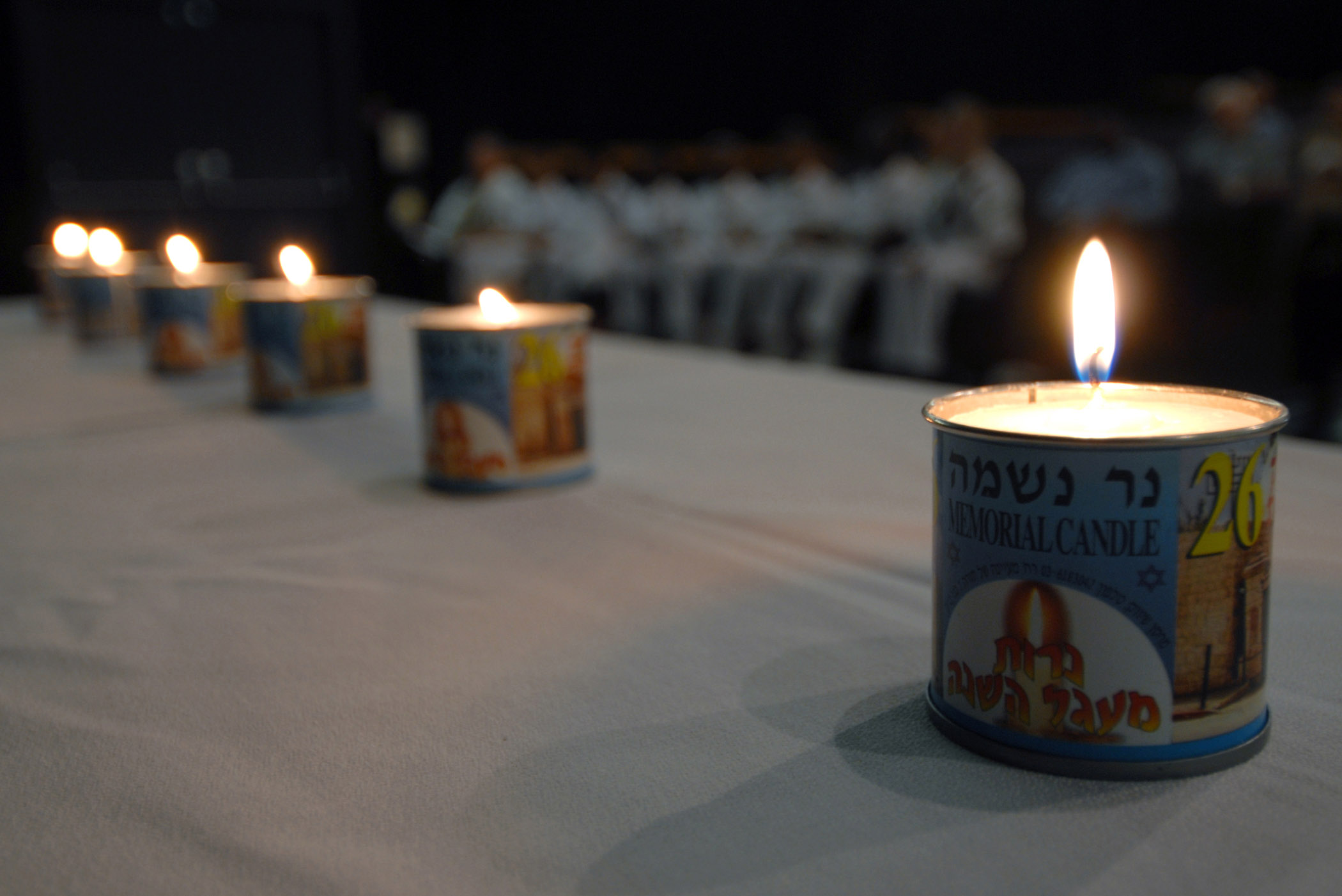 The rabbi asks mourners to rise for the Kaddish. Although not technically mourning anyone, I stand anyway. I attend synagogue so rarely these days—mostly for the bar and bat mitzvot of nephews and nieces—that I want to get my money’s worth. Yit’gadal v’yit’kadash sh’may rabaw. Magnified and sanctified is His great Name.

It was shortly after my own bar mitzvah that I learned the Kaddish. My ancient, frail Hebrew teacher, Mar Pierce, came to my house unexpectedly. Now that I had reached Jewish adulthood, he explained, I needed to be able to say Kaddish for my father, may he rest in peace. I opened the prayer book and struggled through the long, strange words, mostly Aramaic, written in Hebrew characters. But with a few weeks of practice, I could hold my own.

Yit’barach v’yish’tabach v’yit’po-ar v’yit’romam v’yit’nasay … The words roll off my tongue despite years of disuse. Their rhythm is mesmerizing, like music, like chant; like Ginsberg, like Dylan. They lull me, comfort me, despite not knowing exactly what they mean.

But I know the gist. The Jewish prayer for the dead, famously, does not mention death. It simply praises God, over and over. Blessed and praised, glorified and exalted, extolled and honored, adored and lauded is His holy Name.

I am no longer a believer, not in the Jewish God or anyone’s, not for many years. When asked, I say I’m Jewish on my parents’ side. I don’t know why I recite Kaddish. I say it’s to honor my father, my sister, my grandparents, but if that’s true, why do the words comfort me? O’seh shalom bim’romav: I ask God to send peace from heaven. Hu ya’aseh shalom awlenu v’al kol Yisrael: peace to us and to all Israel.

I’m praying to a God I don’t believe in. So why do I, invariably, break down, sobbing, unable to finish, clutching my wife as close as I can?

John Unger Zussman is a creative and corporate storyteller and a co-founder of Retrospect. An edited version of this story was published in The Sun Magazine in April 2007.