Since You Asked by Barbara Buckles
50
(88 Stories) 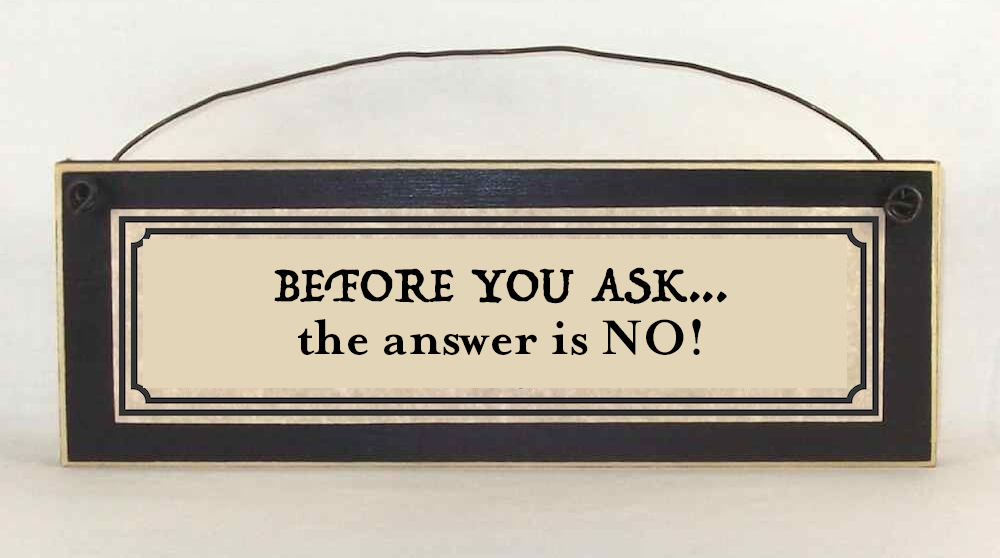 I can think of lots of things I should regret…or that you might think I would regret. I married a drug addict, for one. But if not for him, I wouldn’t have the same beloved daughter I have, or the same beloved granddaughters. I do kind of regret that I didn’t demand child support or alimony when I left him, but I knew I’d never get it and didn’t want to deal with what it would take to even try, and frankly, I didn’t want him to have a say in raising our daughter. And now I’m proud that I did it my way, on my own. But then again, I wish I’d chosen a better man to be her father. It gets kind of twisty.

But that whole subject speaks to something much larger, and something much more nebulous, my only real regret: I regret that I didn’t have more self-esteem, more sense of self in general. For reasons I now only partially understand, I learned not to ask for much, not to expect much. Maybe it had to do with the perversely humorous plaque hanging on the wall in my parents’ bedroom as I was growing up: “Before You Ask, the Answer is No!” Maybe I took it to heart. Maybe that would explain why I didn’t aim higher. Why I didn’t go to university, become a boss instead of a secretary, and even decades later, an attorney instead of a court reporter. Didn’t I deserve bigger, better, more?

To tell you the truth, I’ve always been mystified by the “because I deserve it” attitude. Is it a good thing to feel you deserve anything? Or, don’t we all deserve the best? Maybe it’s just semantics.

In any event, it’s taken me years (and the writing of a memoir) to figure myself out. Now I’m just grateful to have finally learned to make better choices. And in retrospect, I don’t regret one thing…because each thing led me to exactly where I am today. And THAT’S a good thing!

25 Responses to Since You Asked