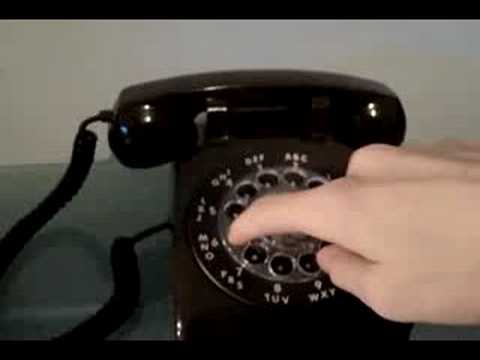 When I was a kid, my friends and I used to love making phony phone calls. I don’t know why it seemed so hilarious, but it did. We would dial a number that we picked at random out of the telephone book. When someone answered, we would say “Is your refrigerator running?” They would say “yes,” and we would say “well you’d better go catch it!” and then hang up, dissolving in peals of laughter. Another favorite was to call a number and ask “is Jane [or some other name] there?” They would say “no” and we would hang up. Then call again a few minutes later, again asking for Jane. Do this three or four more times, then call and say “Hi, this is Jane, have there been any calls for me?”

I’m sure these same idiotic lines were being used by kids all over the country, we certainly didn’t make them up. And now I can understand how annoying it might have been to be on the receiving end. But of course now kids can’t do it anyway, because everybody has Caller ID. When I told my kids about my phony phone calls, they thought it was amazing that there used to be a time when you didn’t know who was calling until you answered the phone and the caller said who it was.

In 1979, as a pretty new lawyer at the Attorney General’s Office, I got assigned a case representing the California Supreme Court and the State Controller. The Chief Justice of the Supreme Court at the time, Rose Bird, was a very controversial figure who people either loved or hated. 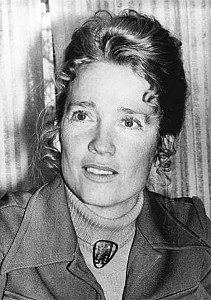 She was well-known to everyone in the state. (In contrast, now I would bet that most people in California could not name the Chief Justice.) A right-wing group had sued the Controller to prevent him from paying the justices their salaries if they had cases which were older than 90 days, pursuant to a provision in the state Constitution. The justices were real parties in interest, because it was their salaries that were at stake. Most of the justices were independently wealthy, so they weren’t concerned about getting their salaries on time. Rose Bird, however, was not. She actually needed her salary to live on.

In a ruling that shocked everyone, the trial judge granted the injunction ordering the Controller not to pay their salaries. I immediately filed an appeal. While I was working on the appellate brief, I got a phone call in my office from a man who identified himself as the clerk of the California Supreme Court. He said the Chief Justice was very upset about the case and wanted to talk with me. When could I come to San Francisco for a meeting? We set a date and a time. I was nervous about the meeting, but very excited too. Here I was, a 27-year-old kid, getting a one-on-one with the great Rose Bird! I started running around my floor telling everyone I saw. Someone suggested that I tell my supervisor, and that he might want to go to the meeting with me. I started off to his office to find him. On the way, I bumped into a guy named Art Scotland, who worked on another floor, in another division. He said, “I hear you’re going to meet with Rose Bird.” “Oh yes,” I babbled excitedly, never stopping to wonder how he could possibly know about it. I told him I couldn’t stop to chat, I had to run off to tell my supervisor. He said “Suzy . . .” in an urgent tone of voice, and then proceeded to repeat verbatim what the clerk had said to me. I stopped. What? How did he know? Then I saw the big grin on his face. He was the one who had called me, not the court clerk, and I didn’t really have a meeting with Rose Bird. Luckily he tipped me off before I made a fool of myself in front of my supervisor.

A few years later Art Scotland was appointed to the Court of Appeal, and eventually became the Presiding Justice. But over the years, whenever I have seen him at legal functions, we always have a good laugh about my nonexistent meeting with Rose Bird.

I’m the Sucker Who Falls for Practical Jokes, and I Hate It
by Laurie Levy