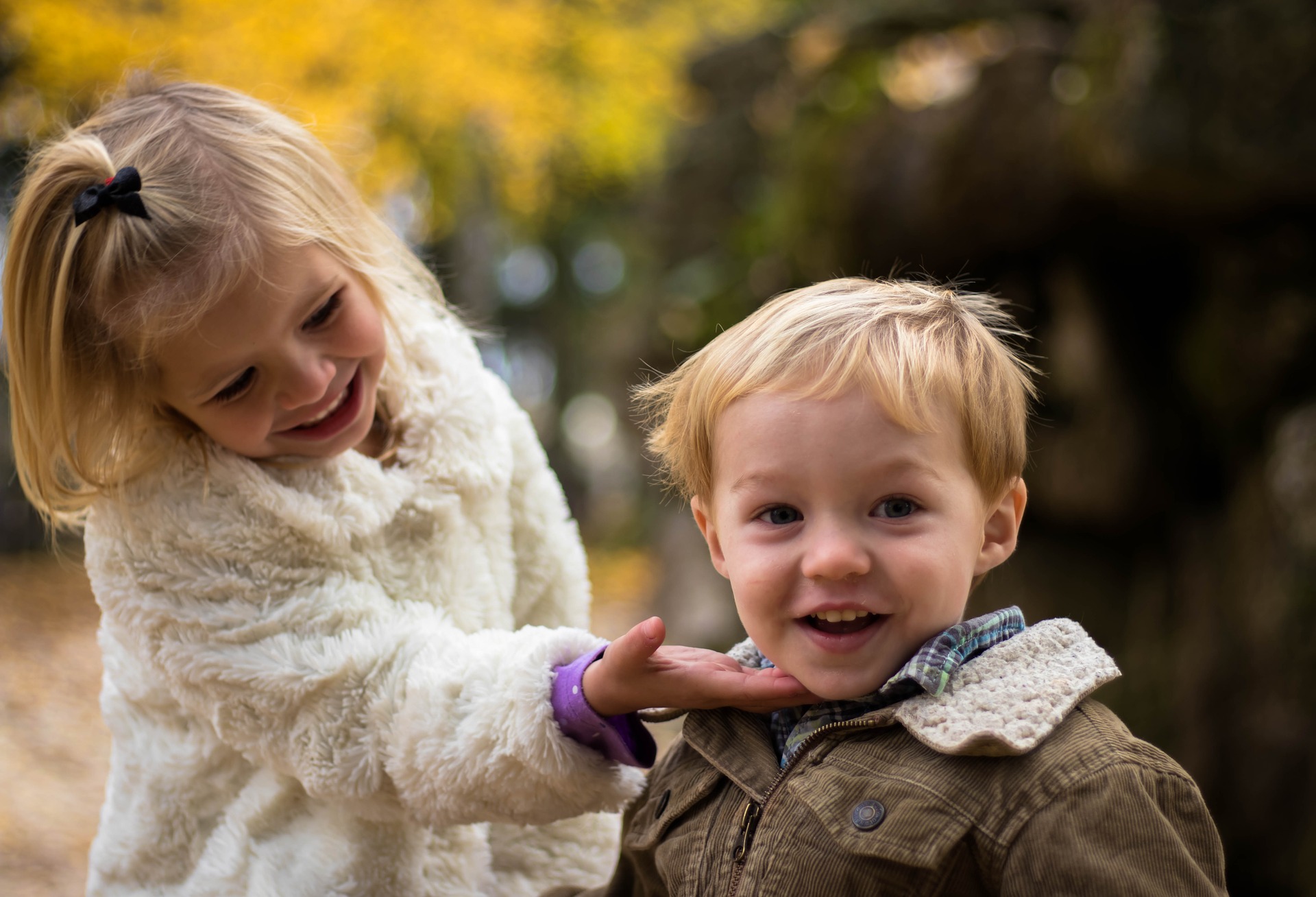 Through my front window I watch my neighbor’s oldest girl, Imogen, a tall, lovely blond sprite who just turned 11, take charge of her younger siblings. I recognize the look in her eyes–the oldest girl look. Because I’ve looked that look: the one that’s outgrown playfulness. Imogen’s look is vigilant, glancing first at her 8-year-old twin sisters on their bikes, and then at her 3-year-old brother toddling after them. I can’t go out and meet Imogen on the sidewalk, but wave to her through the glass. Her face turns toward me, serious. “You are invited into the Big Sisters’ Club, Imogen,” I think. “There are those of us like you.”

When you are the oldest, your parents practice on you. So you receive the benefits of more attention and bear the brunt of their mistakes.

My good friend Joanie, also an oldest girl, came up with the Big Sisters’ Club idea when her neighbor brought home a newborn son, and the older daughter was getting lost in the shuffle. Joanie told the little girl about this special “club” that, of all her family, only she could join. In my mind I make a particular woman a charter member–Carly, a professional acquaintance, the oldest of 10 siblings. Carly was a talented engineer, very focused. She didn’t have any children, and as she said, she didn’t need to because she felt as if she’d already had 9 of them.

I wish I’d known about the Big Sisters’ Club growing up. When you are the oldest, your parents practice on you. So you receive the benefits of more attention and bear the brunt of their mistakes. You do more chores and caregiving because you are “grown up,” and your younger siblings are, well–younger. While it didn’t seem unusual to me, by age 7 I made breakfast for my younger brother Allan, who was 3, on weekday mornings before I went to school. At age 10, a year younger than Imogen, I was babysitting Allan when my parents went out for a few hours in the evening. Today would someone call Child Protective Services?

Complicating matters for me was that both my mom and dad were younger children, so they had no clue about the older child experience. Very much according to the birth order stereotype, both my parents even followed their older siblings into the same careers. When I quickly researched birth order for this story, there was conflicting information: the stereotypes have been debunked, or they hold true. As far as my own experience, I’ve seen some consistencies and differences.

As the firstborn, I’m focused, serious, often driven, hypervigilant, persnickety, and somewhat hard to get to know. There are a lot of positives, though. I’ve taken initiative, become independent (“cussedly independent” as my mother puts it), and am intrinsically motivated. In contrast, my younger brother Allan is a type B, much more laid back and approachable. Children love him. Sometimes he needs a little extrinsic motivation to get him going.

Where our personalities depart from the stereotype is in how conventional or rebellious we have been. The oldest is supposed to follow rules and become a part of the establishment, whatever that might mean, and the younger ones can drift a bit more.

In contrast, I didn’t follow the program, picking a career different from what my parents wanted for me, marrying late, not having children, and getting divorced. Allan has worked for the State of California for 30 years, has a delightful wife, and a beautiful daughter, Elizabeth, who defies the stereotype of only children in that she is giving and unspoiled. My first cousins on my father’s side have followed the same pattern. Steve, the older brother, was and still is rebellious. Barbara, the younger, is “Mrs. Conventionality.”

So, how much of this is birth order, how much individual personality, and how much environment? Who knows? What I do know is that the Big Sisters’ Club feels right, and I feel a special bond with Imogen as I watch the tornado of cute, younger siblings whirling around her. As I wave once more, I send her a second message. “I see you, Imogen, welcome to the Club.”

12 Responses to The Big Sisters’ Club