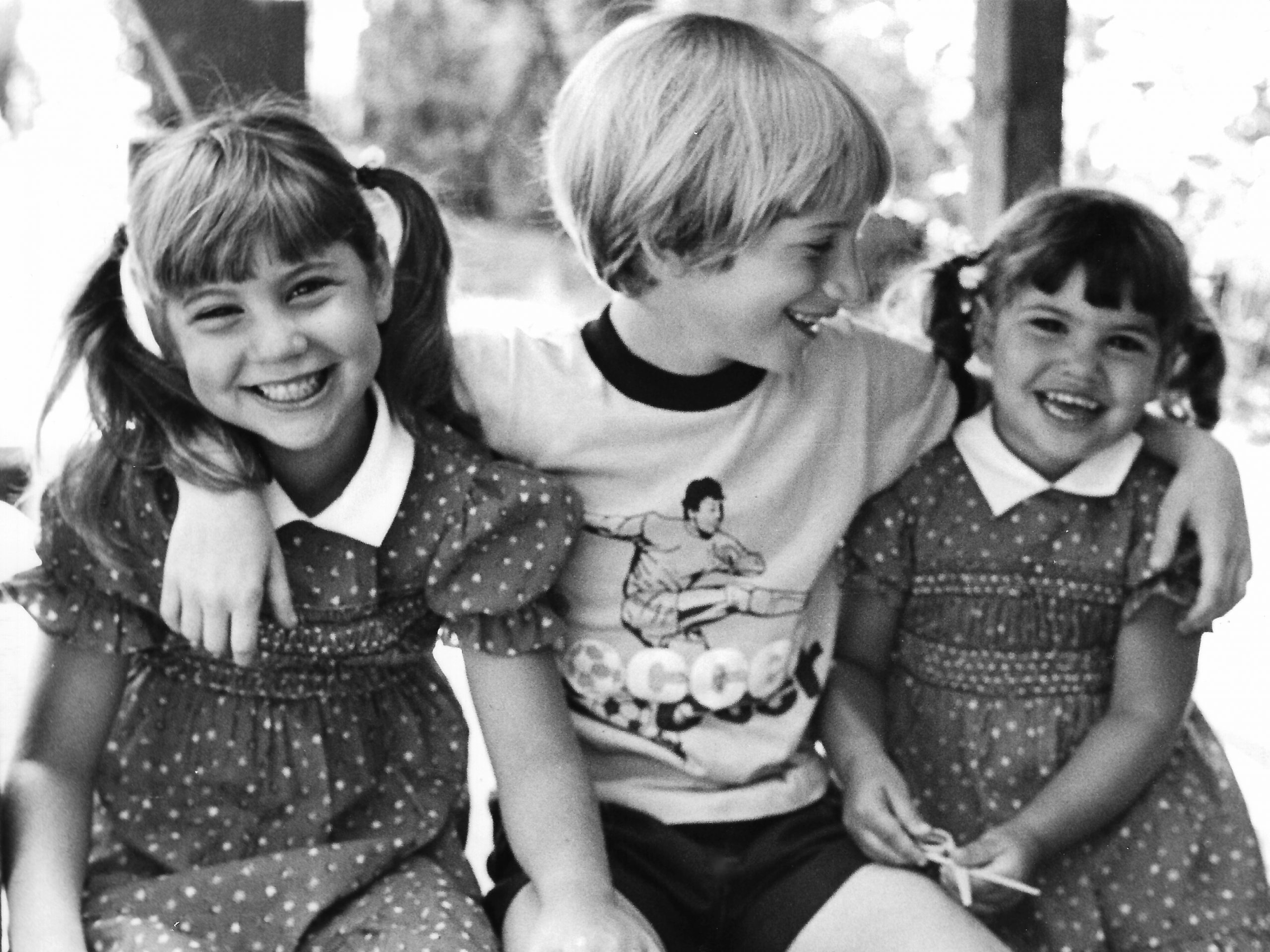 Middle child on the left. My apologies for the matching Polly Flinders dresses.

Today, August 12, is middle child day, a time to recognize those children sandwiched between the stereotype of the adored but pressured first child and the spoiled baby of the family. According to the myth I grew up with, middle children suffered from a syndrome in which they were neglected, lacked drive or ambition, and were envious, negative, and resentful. To overcome middle child syndrome, parents were advised to give their middle child extra attention. Just ask my middle brother, who probably would have preferred a bit of neglect growing up.

As we mark Middle Child Day, I think we are missing folks who embody the stereotypical qualities of middle children.

More modern research turns that stereotype on its head. According to Katrin Schumann, co-author of The Secret Power of Middle Children, in an article in Psychology Today, the middle child is the family peace-maker, sociable, cooperative, a team player, independent, and empathic. She is driven by principles and social causes rather than earning power or prestige. Being in the middle position among siblings teaches children to be good negotiators and compromisers, open to new ideas, and seekers of justice and fairness. That’s a pretty accurate description of my middle child. 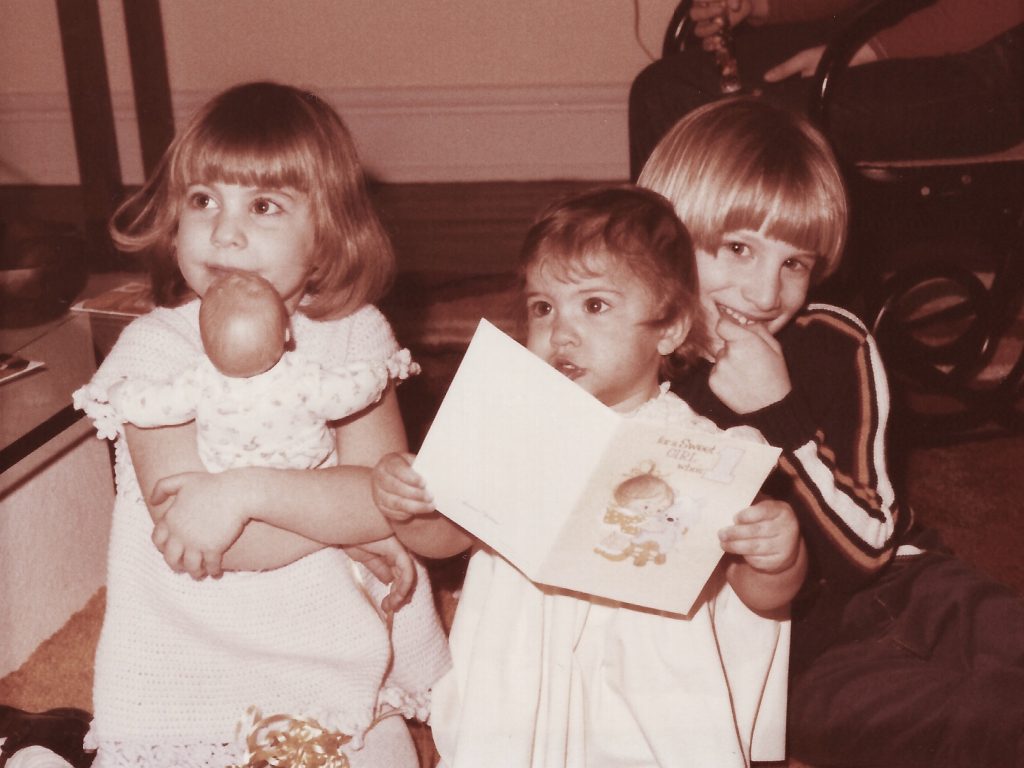 Stealing ( or giving love to) her baby sister’s birthday present

Growing up, my middle child was particularly fond of a children’s book The One in the Middle is the Green Kangaroo by Judy Blume. I read this book with her so often that I still remember the plot about Freddy, who describes himself as the peanut butter squished between two slices of bread. Rejected by his older brother and blamed for making his baby sister cry, Freddy needs to find a way to stand out. When he plays the green kangaroo in a school play, he steals the show. My daughter loved that book and was my performing child as well.

The interesting thing about Middle Child Day is that there are far fewer middle children these days. The birth rate has been declining in the America. Right now, it is the lowest it has been in 30 years. Currently, it averages 1.71 children per woman, which is below the replacement rate, and there is no indication it will ever go back to its peak of 3.77 children per woman in 1957. This means babies born now will struggle to support an aging population. It also means there are far fewer middle children.

Those of us born in the baby boom years remember families of three or more children being the norm. I came from a family of three and my husband a family of four. Even though the rate had dipped to 2.48 kids by 1970, I wanted three, or even four, kids. After we had our third child in 1977, my husband suggested getting a dog next time I had the urge to nurture something small.

Today, families with one or two children are the norm. There are plenty of couples who have decided against having any kids. So middle children are less common these days. If you believe birth order contributes in part to a person’s character, this development is too bad. I can attest from my experience as first born that my middle sibling is the most sociable of the three of us. My own middle child has great empathy and is inclined to be a peace-maker and compromiser. Perhaps having fewer Americans who grew up having to negotiate domineering older sibs and irresponsible baby sibs accounts for some of our country’s inability to compromise? That’s probably a silly theory, but there must be something in the water these days as we can’t seem to find middle ground. 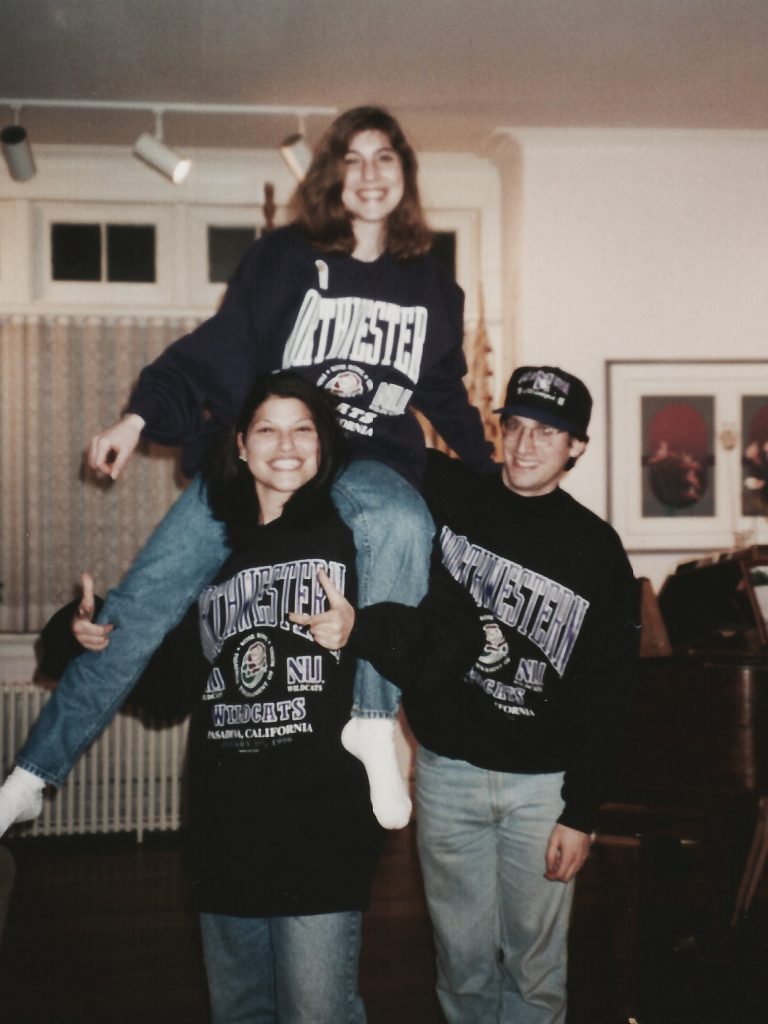 She finally gets to be on top

I’m by no means advocating larger families. The way things are going with our environment, climate, and resources, it’s probably better to be below the replacement rate. Yet, having fewer middle children is a significant change. As we mark Middle Child Day, I think we are missing folks who embody the stereotypical qualities of middle children.

11 Responses to We Could Use Some Middle Children These Days

Birth Order, Family Size and Its Influences
by Joe Lowry