Prompted By Hacks and Scams
14 comments. 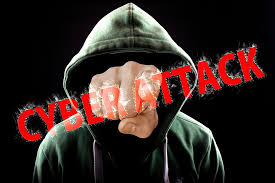 The screen froze. A red, pulsing light covered QuickBooks, accompanied by a loud, persistent beep. I froze in horror, as this old laptop contained all of my husband’s bookkeeping and our personal finances in Quicken. The only thing visible was a Windows logo and a trouble-shooting phone number. I know. I should never have called it. But perhaps if I share how I got here, you will not send me a new copy of Windows for Dummies.

A bit of background information may help to understand why I fell for this hack. Like most of my generation, I learned how to use a computer by using a computer. My first experience, on my son’s Apple IIc computer, should have prepared me for this moment. When my son turned thirteen back in 1984, we bought him a computer. I was both in awe of this machine and afraid of its presence in our home. It resided in the family room where I could keep a close eye on its influence on my son. It required a floppy disk to operate and emitted strange beeps and grinding sounds as greenish words flashed on the screen. My son adapted to it quickly. I watched from a distance, amazed by his mastery of this machine. Did I dare to try?

At the time, I had returned to graduate school to earn a Master’s degree in early childhood education. That meant I had to write papers. For a hunt and peck typist prone to spelling errors, that meant a lot of white-out and retyping. After closely observing my son, sometime in early 1985 I decided to use the computer to write my Master’s thesis. Wow. This was great. I got up every morning at 5:00 a.m. to work on it before my son and his younger sisters got up for school. But when I decided to print out the paper (remember those printers that used fan-folded paper with holes on the sides?) disaster struck. My thesis had vanished.

Convinced it was in there somewhere, I packed up the computer and took it back to the local store where I had purchased it. This was the era before Apple Stores with Genius Bars, but surely the man who sold me this machine could find my thesis in there somewhere. I asked him to retrieve it from inside the computer. When the owner asked me for my backup floppy disk, I had no idea what he was talking about. What’s a backup?

I felt similarly befuddled when the hack occurred. I mostly use a Mac, so this old Windows laptop was strictly for financial records and business. I had learned how to use both Quicken and QuickBooks through trial and error at work, so setting up a simple system for my husband’s billing years ago was not that hard. But designing a new invoice proved to be above my pay grade. No problem, I assured my husband, I would call Intuit for help and work with a human being who would guide me through the process. It always worked well with Apple support for my Mac, so why not try it?

When I reached the Intuit call center for help, my tech support person was a man with a heavy accent. He read to me from what I assume was a script and seemed to have a minimal comprehension of my problem. Every time he put me on hold, rather than hearing music or silence, I heard a cacophony of other tech people on calls. Finally, he suggested a screen share. I had done this many times with Apple and the first step is to download a screen sharing app. Through it, the person helping me could see my screen and prompt me with helpful red arrows to fix the problem. But this time, the app wouldn’t open. After a few attempts, my screen lit up like a heavily decorated Christmas tree and I stupidly called the number for help.

I should have known when I heard what seemed to be a Russian accent on the other end of the call that the best action was to hang up. But I was desperate and he assured me he could help. Then he informed me that not just this computer but every electronic devise in my home from televisions to phones to tablets were compromised because my network had been hacked. He ran a “diagnostic” on my screen consisting of rapidly scrolling data to confirm the disaster and, because he was a nice guy, he offered to connect me with a company that could help. Yes, this was getting very pfishy.

I started to balk at his suggestion that I do this online and give him control of my computer because he was just so darn eager to be helpful. He said I could take every device in my home to one of three locations in Chicago. When I asked where these locations were, he offered an address in a remote and not very good neighborhood. When I asked what it would cost to fix my problem, he said, “Maybe $500, maybe $1,000 or more. Who knows?” My spidey sense was now tingling (finally) and I declined his offer of help. Then I did what I should have done to begin with. I turned off the computer.

As in my first encounter 34 years ago when my son’s computer ate my Master’s thesis and I had no idea what backups were, I felt really stupid once again. I wouldn’t let a burglar into my house but I had almost let one into my computer and given him access to lots of important financial information. Several lessons learned here:

But this experience also confirmed my tried and true approach to all problems with technology. Turn it off and turn it back on. Nine times out of ten, the problem is mysteriously fixed.

14 Responses to The Day My Computer Blew Up

Scamming the Scammer
by kathyporter