The Great Beyond… Where the hell is it? by Charles Degelman
100
(143 Stories)

Prompted By The Great Beyond
10 comments. 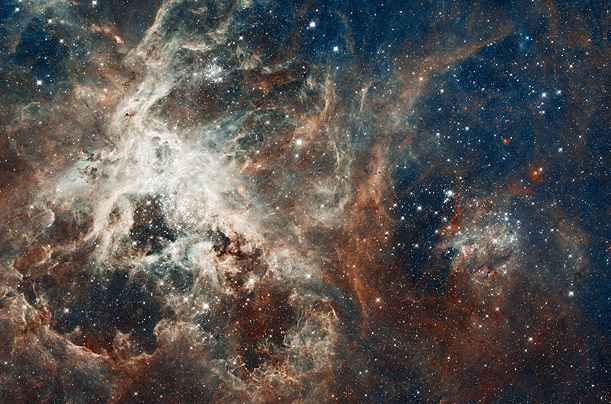 Perhaps I’ve seen plenty of death, although we can never get enough. We’re not allowed to; the damned thing just keeps on comin’. And I doubt that we are morbid by nature; we simply have no control over the end of life beyond the magic and ministrations of good medicine from CAT scans to ayahuasca.

I can’t measure cause and effect versus coincidence here, but the deaths of parents, friends, loved ones, important figures in my life don’t bring me to wonder at the great beyond.

I didn’t wonder where my father, my grandparents, my uncles and aunts, my childhood friends and my musician pals went. I’ve thought I was going to die, right then, right there. I reeled under blows of abandonment and empathized with sickness. I ached with sadness as deep and natural as a river’s flow. And I cringe from the regret that comes from loss: I’ve only I’d… I coulda… woulda… shoulda…

But I survive and shelter my memories in fond real-life recollections that can evoke tears, smiles, or great loneliness. But loneliness and loss, even rage at abandonment is human, very here-and-now. It’s a life thing, death, and it does not for me, evoke a stairway to the great beyond.

I’ve never been able so see or hear ghosts, despite the fact that everyone in my San Francisco household heard the angry expletives and useless thumping in the upstairs bedroom closet. I never had a clue, despite my comrades’ testimony.

When we were mining for silver in a Colorado mineshaft, we were all on the lookout for a ghost who was supposed to hang out in the dank gloom of the abandoned stopes, or side tunnels. Nobody ever heard or saw that guy either.

I’ve always had a hard time with reincarnation, where, ostensibly, beings die, travel to the great beyond, and return in another form. I once thought I might be the reincarnation of a soldier who died on a barren Russian steppe, but I’d probably just seen a photo. The folks I did know always seemed to reappear from former lives as Egyptian princesses or brilliant musicians. That didn’t make sense.

After the demise of trillions of bugs, slaves, eels, serfs, overanxious merchants, intestinal bacteria, and downtrodden whores, why did my friends come back with memories of life in grand palaces, royal sarcophagi or thrilled audiences? I don’t seem to have the facility to reincarnate, not even as a cutworm.

My own private beyond?

My personal great beyond began in childhood with a set of closet-door mirrors. I could close the mirrors around me and watch my body disappear down a curving corridor of a million reflections, each image becoming murkier until I disappeared into the subsequent loss of light. Then I’d imagine that, no matter how fast I changed my expression in that mirror, my new grimace would reverberate into the distance at 186,000 miles per second, quicker than I could ever catch it.

My great beyond-edness burgeoned thanks to early exposure to astronomy, via my old man. After I plagued him nightly to describe the distances of intergalactic space, I would scamper off to bed. I had painted the far wall of my bedroom an inky, deep-space blue and glued stars to it — a launch pad into my great beyond.

Then, as I drifted off to sleep, I taught myself how to transport myself from my bedroom wall to the farthest point I could imagine in our galaxy. If I travelled at 186,000 miles in a second, how far would I travel in a minute? An hour? A day, a year, a million years? Wow!

I would grok myself to that distant place and start again, imagining a deeper, farther, more distant galaxy and then I’d leap to other galaxies until I reached the edge of the Universe. Then I’d try to picture what lay beyond that. Jeez!

For a while, my old man worked at M.I.T. with “Papa Flash,” Dr. Harold Edgerton, a high-speed photographer who developed the stroboscope (my old man helped perfect the exactly timed electronic flash for Papa Flash’s image captures).

I would stare at Edgerton’s photos of a light bulb shattering with a projectile suspended in the dissembling glow, of milk drops suspended in a perfect crown above a flat surface, imaging the strobe light splitting time down and down and down to microseconds.

Later, as quantum physics emerged, I peered deeper into the micro beyond, down to a yanctosecond equaling one second divided by 10 x 10 x 100 to the twenty-fourth power, one septillionth of a second, watching scientists hover over monstrous magical-mystery colliders, seeking to establish the elapsed time for a quark to decay.

Today, I like to imagine the great beyond as cartoon expansion and contraction of the Universe. Bwoop! The Universe explodes. Bweep! The Universe contracts, bwoop, bweep, like chewed bubblegum or warm silly putty squeezed and released and squeezed again between the infinite thumb and finger of an ethereal hand. From this perspective, the great beyond elicits laughter. That’s good enough for me.

I did learn to the great beyond of death one more time, when I held my mother’s hand and felt her breathing slow in hospice. After one long, last, calm, quiet breath, her heartbeat stopped and her body collapsed. A diminutive casper ghost-spirit squiggled brightly out of her fourth chakra and rose into the room above her bed. I knew that what I’d seen was real, connected to the great energy of the Universe but I had no idea where my mother’s tiny casper spirit went. Once again, the great beyond showed me its mysteries but not its truths.

10 Responses to The Great Beyond… Where the hell is it?