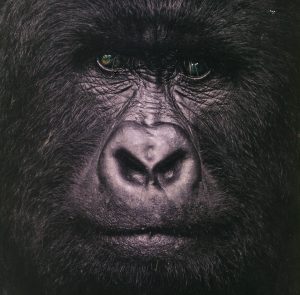 I spent much of my childhood as someone else. My world was a stage, and I played many parts. To enhance my make-believe life, I would ask my mother to make costumes for me, and she did: a yellow jumpsuit with black liquid shoe polish dots for my leopard; an adult undershirt, dyed blue, as a tunic with a sewn-on red horse head icon for my Prince Valiant; fringe sewn on the shirt sleeves and pant legs of my khakis for my Davy Crockett (without the shirt and adding moccasins and a headdress for my Indian Chief); jeans and double holsters for my Cowboy; army surplus olive drab fatigues with hat and helmet for my soldier; three-quarter length pants, long pink socks, a bejeweled short jacket, black Capezios and a souvenir torero hat from Mexico for my matador; a simple yellow swimming brief for my Tarzan, and my favorite, a long-haired faux fur jacket and a total head mask for my gorilla. Each costume had the proper accessories: sword, lance, mace and chain, shield, musket, coonskin cap, knife, tomahawk, bow and arrow, spear, six-shooter pistols, rifle, machine gun, web belt, canteen, banderillas, cape.

"I spent much of my childhood as someone else."

I could become obsessed with the realism and authenticity of these masquerades. In my visits to the French Quarter, I would window shop at the antique stores on Royal Street, estimating whether the knight’s armor displayed on a manikin would fit me. A female cousin, 6 years my senior, joined in my quest. She borrowed a butcher’s steel mail apron from a local meatpacking plant and offered it as partial armor. She also found a shiny metal pole from a trash heap, telling me it was a knight’s lance. For a few moments of wishful delusion, I was fooled.

I did research. I consulted an illustrated book on Indian attire, especially headdresses, and I searched in vain for the required feathers, bones, fur strips, and beads. Actions were as important as appearance. I studied the movements of leopards on TV and live at the Audubon Zoo. I mastered their stealth, crouching, placing my paws (hands) softly on the ground as I slowly stalked imaginary prey. Imitating people was easier. I re-enacted movie scenes from all the popular films and TV shows and entertained myself for hours, playing all roles in these dramas. I was “the hero with a thousand faces,” a reluctant yet fearless fighter, a master horseman, and sharpshooter. I encountered a cast of villainous foes and excelled in jousts, sword fights, fistfights, shootouts, and escapes. My characters championed the weak, rescued women in distress, endured painful injuries, and yet survived these innumerable wounds. On occasion, I was fortunate to be nursed to health by a caring woman. In contrast, my opponents suffered agonizing, prolonged, and deserved deaths.

My most ambitious fantasy, a hunting guide at a mountain lodge, extended over many weeks for days at a time, was periodically suspended, and then resumed for further episodes. Our two-story Victorian house was the lodge; my parents were the owners, and my older siblings were the guests. As the lodge’s valued guide, I had a privileged status: free room and board. On weekends, I took imaginary clients on hunting trips to the high mountains (multiple steps of the neighborhood high school). We faced elusive and dangerous game: big horn sheep, elk, and grizzly bears. On weekdays, rather than attending grammar school, I pretended to be going to college. This private life of mine could continue for days without ever being detected or even suspected by my parents, siblings, classmates, or teachers.

My acted-out fantasies were largely harmless, but there were a couple of mishaps. One late afternoon, in order to convert our living room to a more convincing jungle and mimic foliage I pulled a large shag rug over the grate of the floor furnace. After an episode of crawling through this jungle brush as a leopard, I was called to dinner. Midway through the meal, my father smelled something burning. We all left the kitchen table to search for the source. It was the shag rug smoldering atop the floor furnace grate. We caught it in time to prevent a blazing fire, but my jungle carpet was ruined.

One night, dressed in my gorilla suit, an older cousin put a dog collar on me and attached a leash. We walked out the front door and down the broad banquette (“sidewalk” in New Orleans vernacular). Our neighborhood was dark enough that the oversized coat hid my legs. Besides, I knew how to strut like a gorilla. After a few minutes two women, taking an evening walk on the other side of the street, saw us, shrieked, turned around, and hurried away. We quickly retreated back to the house, afraid that the frightened women might call the police. It was my last and only foray in public as a gorilla.

Imagination has served me well over the years. It has enabled me to see possibilities that I otherwise might not have considered. These days my imagination is more tame. I only pretend to be an adult.

3 Responses to The Hero with a Thousand Faces