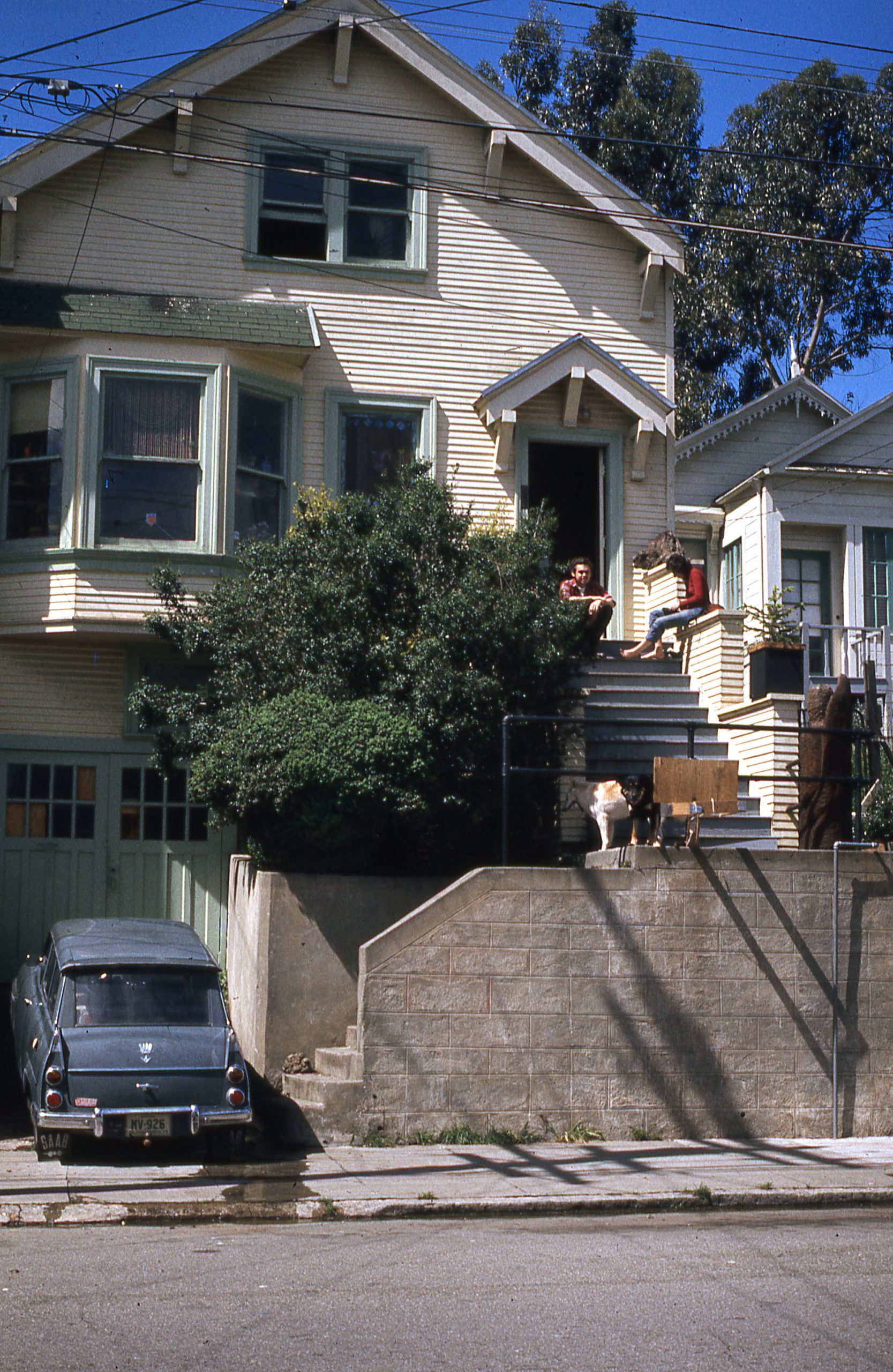 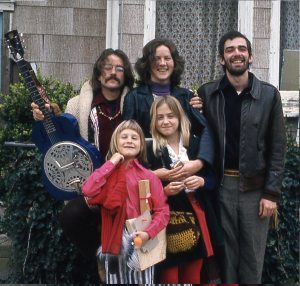 We returned to San Francisco in time for the kids to enroll for the fall in San Francisco’s school system. It would be the first year out of three on the road when they could look forward to being in a school for the entire year, no longer objects of their elders’ wanderlust. We were very bad people.

Good gawd how we tried.

It took me years to coax a criticism from either of the kids.Until they finally aired their complaints about being taken out of school twice in as many years, they had insisted that they loved to live communally — they had multiple parents they could depend on, and always lots of kids to hang out with, roughly their age. That was the truth; only changing schools had been a drag for them, but that was enough. So the move back to S.F. made sense to them, too. 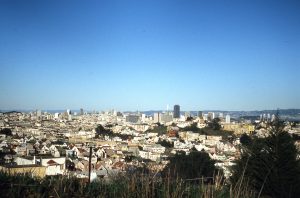 An actor from the San Francisco Mime Troupe had — as a means of survival — taken out a real estate license years earlier and knew the territory south of the Mission District, an area south of Market Street that included Potrero and Bernal Hills. The two hills were covered with the redwood-trimmed, balloon-frame buildings that became so characteristic of San Francisco’s gentrified neighborhoods. Our search for a place of our own — and others, as you’ll soon see — took place back in the day when a human being could actually buy a piece of property — albeit so humble — in the fog-bedecked city by the bay. The house we bought on Andover Street cost $28,000. We scraped together three grand to cover the down payment and closing costs and bingo! We had become property owners. 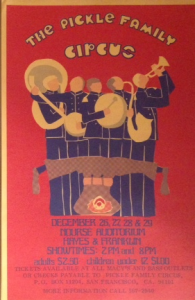 The place was perfect for our plan, with rooms on three floors suitable for individual privacy, including for the kids. The plan? To start an artists’ collective with our radical theater and Boho musical brothers and sisters. The place filled up immediately. The Pickle Family Circus had just sprung out of the brow of Larry Pisoni, a young visionary from a traditional Italian circus family. Combined with a diverse talent pool from the San Francisco Mime Troupe, and bolstered by two physical comics whose skills, talent, and experience dovetailed perfectly with the odd combination of mimetic, vaudevillian, Eurocircus, alternative departure art of the Pisoni mind, the circus sprung into vigorous life. I put the circus band together from a jazz/latin/funk/soul/rock band I had joined on my return to the city. Randy and Nick joined the circus band and settled at Andover Street. Don had come with us cross country from our previous commune in rural Massachusetts.  Ruby, a sister from the Colorado town that had been home for two winters, showed up, as did my soul cousin from Cambridge, Jeffree. Wooly (Bully) and Zoom, our intrepid mutts made the round trip with us. To cover the mortgage, gas and electric, and lay in basic foodstuffs, each collective member had to come up with $65 bucks a month — kids and dogs lived gratis. 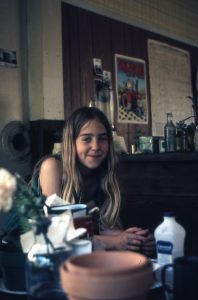 The kitchen was dark and small. In the spring, Don and I tore the back wall off the place and built a sky-lit anteroom that opened onto the back yard. We had assembled lumber, windows, doors, and floors from an old row of military barracks perched at a Marin bayside outpost called Fort Baker. One of our One Percent Free families had secured the contract to demo the buildings. Word went out and the soon the old fort was crawling with crowbar-wielding anarchists, happy to liberate the lumber. By that fall, we had a beautiful sunny kitchen in which to assemble our showbiz collective.

Mealtimes were haphazard except for dinner, when people showed up to combine eating and drinking with house biz, talk of the politics of the day, and generally just hang together. In the first cooking shift, we boiled hobo coffee — good San Francisco coffee beans even back then, milled and thrown into the big blue enamel pot with eggshells to settle the grounds. Coffee’d up, we got the kids off to school with full bellies and lunch boxes. After that, breakfast happened whenever sleepy communards made it happen. The musicians were always last to the table. We made group purchases of eggs, fruit, flour for bread and pancakes, milk. The freewheeling crew prepared their own oddities for breakfast and lunch. This was the time of early food co-ops and so odd lots of vegetables, dense, heavy loaves of Digger bread, cooked in coffee cans, large wedges of cheese, strawberries, apples, and bananas made their way from the giant, sprawling wholesale produce market at the bottom of the hill. 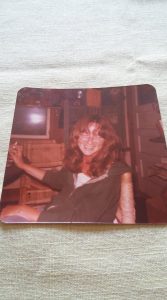 For the first year, the house on Andover Street celebrated a time of sharing. Everything in the kitchen was either considered common property or labeled with names, hands-off threats, or skull and crossbones. It worked out well. The kids ate healthily but their fruit loops remained sanctified. The yoghurt and wheat germ freaks claimed their territory, the oatmeal crowd shared large cans of the steel-cut Irish variety, brown rice was everywhere, and each adult member would stop at the local grocery to pick up the items they needed for their cooking night.

Ruby’s specialty was lasagna with good Italian cheese from Lucca’s deli on Valencia, and whatever vegetables were available. Zucchini, tomatoes, and broccoli seemed to be big favorites. Nick and his girlfriend made enchiladas or tamales with zippy salsas and gigantic bowls of salad. Betsy’s offerings were diverse, although one specialty was roast chicken and roasted potatoes and veggies or goulash with noodles and heaps of sour cream. Jeffree hated to cook. He learned how to assemble the elements for burritos for us to build our own, or he would punt and make scrambled eggs and omelets. We rebelled when he served us raisin omelets one night. 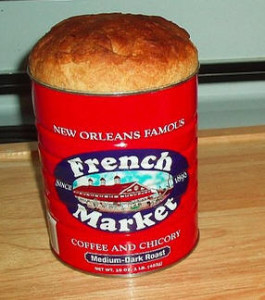 I usually concocted pasta or turkey chili. That specialty began when we found we could buy a whole turkey, roast it one day, eat leftovers on the second day, use the remainder for the chili and end up with a soup on day four. By that time, everybody had had enough turkey. I did the whole chili thing from scratch, soaked the beans, found jalapeños and sweet red peppers. Mexican spices were plentiful and popular. The Mission district was full of mom and pop Mexican and Salvadoran restaurants and we learned from them. Betsy also liked to deep fry snapper Vera Cruz style.

My stepdaughter Joss recently reminded me, “you may not remember that Jake and I had a cook night of our own each week. Our specialties were oven-fried chicken, tacos, and clam spaghetti. Also,” Joss continued, “I’ll never forget Randy’s attempts at cooking. He’d throw anything he found in the kitchen into either a cooking pot or a salad bowl – sometimes with hair-raising results. No matter what it was, he would always refer to it as ‘couscous.’ ”

Beer and wine came with an eye to quantity and nobody would kick a pint of brandy off the table after dinner. Talk centered around gossip, what had happened in that day’s installment of Amistad Maupin’s “Tales of the City.” We listened to kids’ school stories and gabbed music, theater, and politics. Vietnam had finally ground to a halt. Nixon was out and the post-war depression had begun to settle in. The United States had experienced the first oil shock the year before. Most of the radical groups that we supported had fragmented. Women and feminism had stepped into the world, from protest and radical acts of “militant” feminism to academics and legislation. Women were learning about their bodies and their selves.

The household worked hard to understand gender equality. We practiced political correctness, the good kind, before it was co-opted by our reactionary culture and turned into a term of derision. In the beginning, the liberation movements, all of them, including feminism were embarking on such new pathways that a new, politically correct vocabulary was necessary and welcome. Eventually, most of the men would make it part way across the great divide inconsistently, but good gawd, how we tried. Everybody cooked, everybody cleaned, and the kids participated with their own brand of liberation. 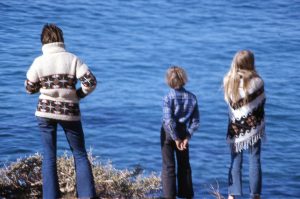 But the household had begun to crack. Nick found a new girlfriend. Ruby moved to Berkeley. Nick, Randy, and I went on tour with the circus and the daily routine began to break down. People began to miss meals, at first unheard of. Betsy enrolled in law school and the kids were growing older. Joss began acting in school plays, Jake picked up a paper route. Eventually, only Don, Randy, me, Betsy, Wooly and Zoom, and the kids remained. The household began to look and feel like the home of a nuclear family. The glory days were over.

21 Responses to The Kitchen