Prompted By Mind the Gap
5 comments. 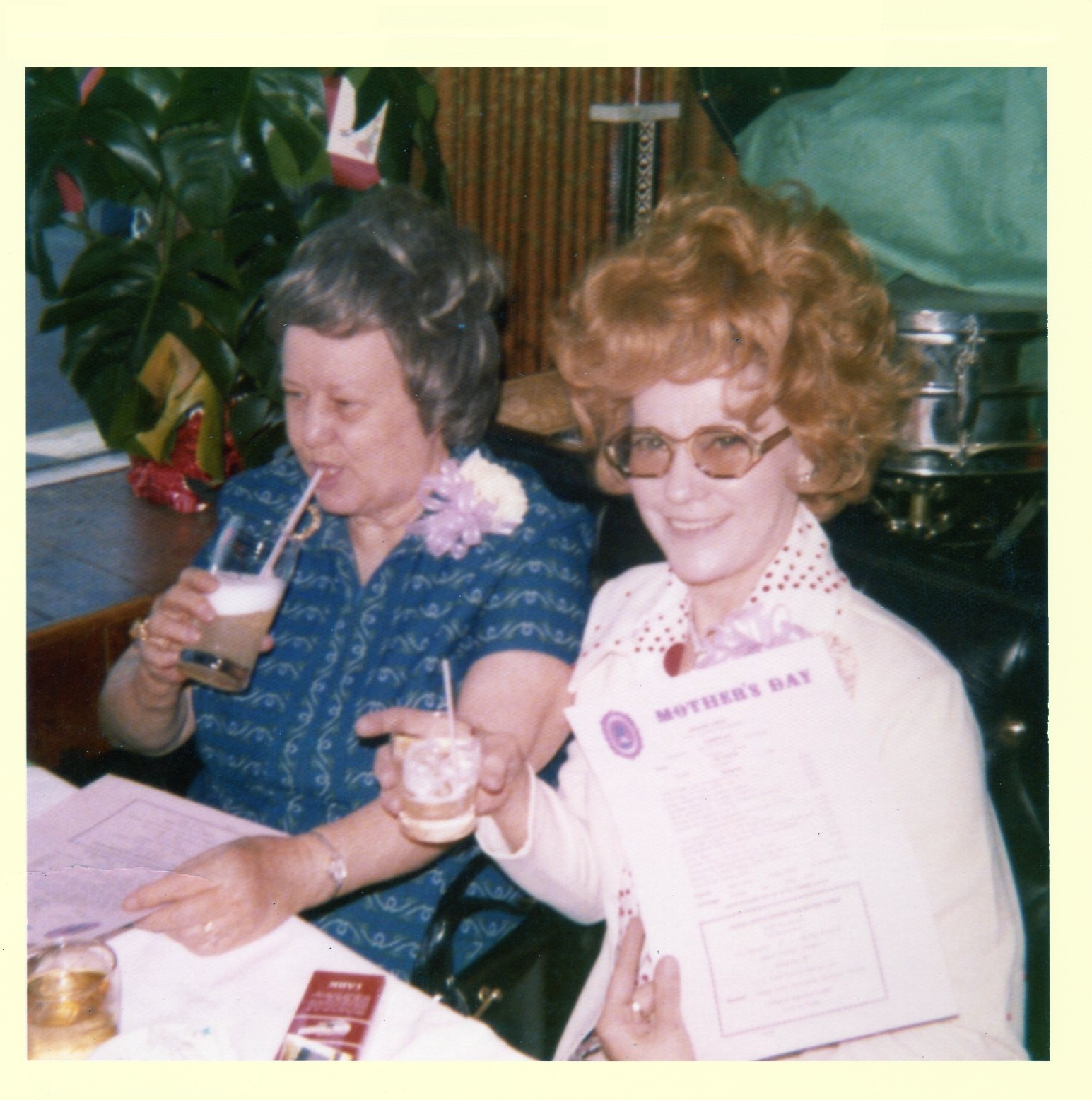 My grandmother and mother, 1975

I don’t remember ever having a “generation gap” sort of disconnect with my parents. They were both bizarrely progressive for their times and circumstances, so I didn’t have a lot of “old people’s beliefs” to complain about. Both were quite iconoclastic as well, as shown by their various marriages,  so there was not much in the way of “because we did it that way in my day” to annoy me.

Fact is, my whole family was sufficiently fractious and dysfunctional that generational differences were swamped by more direct issues.

My anger with my parents was mainly about the vortex of anger, depression, drinking, fighting and pressure to take sides in which my brother and I were raised. It took me decades to realize that they both had their own dragons to slay, or not slay, and that they did the best that they could.

Fact is, my whole family was sufficiently fractious and dysfunctional that generational differences were swamped by more direct issues. Maybe I might have found more classical gap-type disagreements with other relatives and family friends, but frankly, I was very much self-contained and spoke to people as little as possible. The age difference between my Mom and Dad also made most of his family no more than occasional acquaintances.

But one person, alone of all the older Nelsons and Ventres, “got me.” That was my maternal grandmother, Edna.

Her husband, my grandfather, hated me for what I represented (In Vino, Veritas). Of course, he hated most people. Grandma was not without her prejudices (the sight of an interracial couple, though rare back then, always drove her into a rage). But in her eyes her grand-kids were perfection. We could do no wrong. We could have been burying bodies along the “back highway” at night and she’d have shamelessly alibied us to the police.

Grandma was smart, especially verbally, with an acute sense of humor in the often sarcastic New Jersey mode. She shared this trait with both her daughters, especially my Mom. I would say something weird that would leave all the adults looking at me puzzled, but Grandma would be laughing her head off. She lived until her late 80s and remained sharp right until she died.

Gina met Grandma Nelson a few times. She said that listening to my grandmother, my Mom and me talking together was eerie. We shared a single verbal style, the same somewhat twisted outlook on the world. We finished each other’s sentences, made the same gestures. Gina was shocked at the sarcastic and occasionally profane jokes that I would tell this stout little old white-haired Norwegian lady, and more shocked when said little old lady would come back with a topper….

No gap there. Grandma got me.

5 Responses to The One Who Got Me