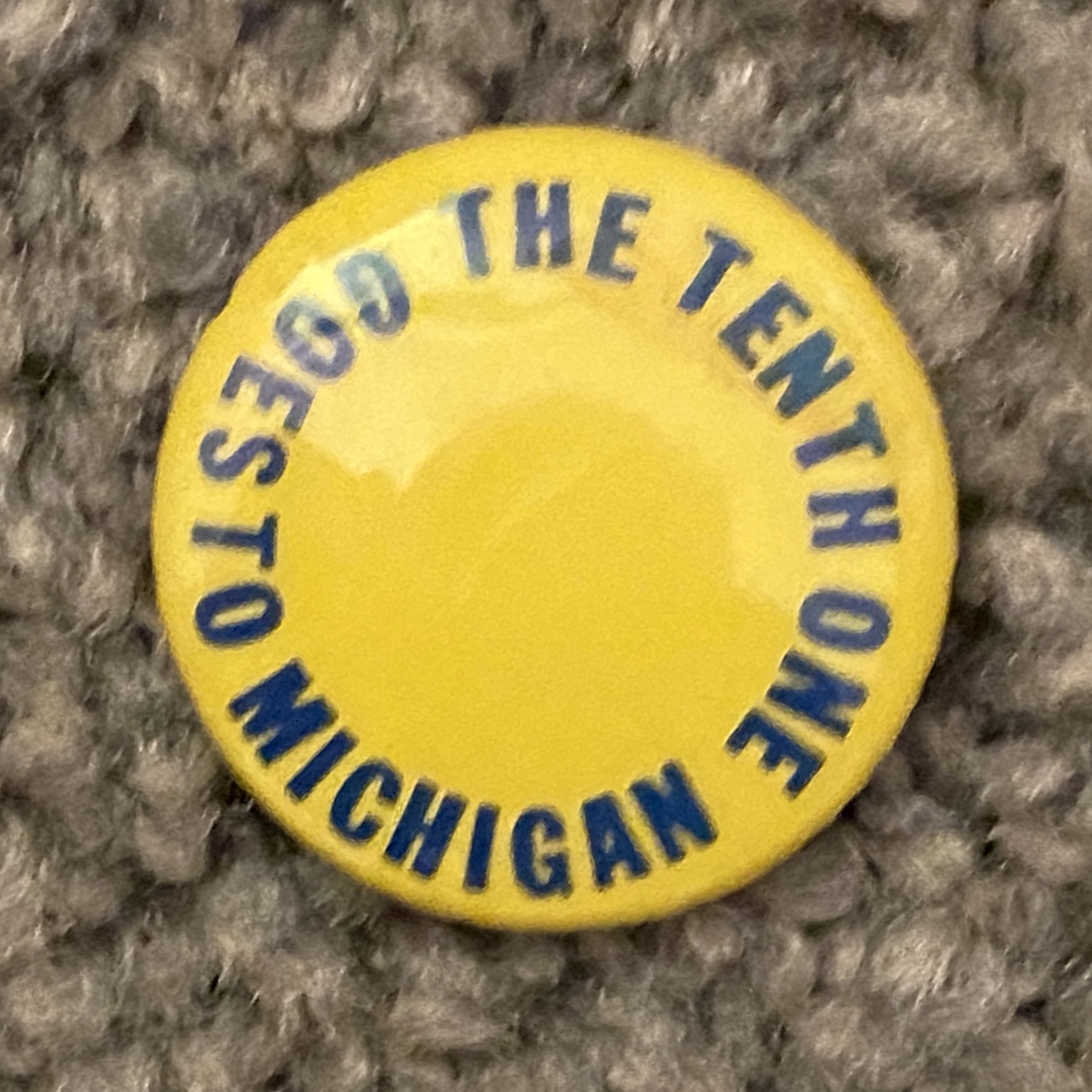 A student handed me this button at freshman orientation. You are probably wondering, “the tenth what?” To understand, you had to know the full saying, which I did: “Nine out of ten girls are pretty. The tenth one goes to Michigan.” Supposedly, he was giving me this button to disprove the saying, but how could I know? Maybe I was an illustration of its truth.

1963, the year I started college, was a rather schizophrenic time for women. There were glimmerings of feminism and social activism, but a lot of the old expectations for women lived side-by-side with these new ideas.

In 1964, Mike Green published a book with the same name of coed photos meant to disprove the myth that girls who attended The University of Michigan weren’t pretty. The assumption back then was that, since it was the hardest state school in get into in those days, a girl could not be both smart and pretty. That was a discouraging introduction to college life.

1963, the year I started college, was a rather schizophrenic time for women. There were glimmerings of feminism and social activism, but a lot of the old expectations for women lived side-by-side with these new ideas. Under the influence of my roommate Elaine, an early hippie adapter, I ditched my girdle (a primitive and painful version of Spanx) and slipped my feet into Weejins (leather Penny loafers) without socks. Much to my mother’s horror, I went bare legged in winter as an expression of rebellion against her expectations for proper female attire. Still, we lived in a small (by today’s standards) triple room in Stockwell, an all-female dorm, under the watchful eye of a room mother and a university that acted “in loco parentis” and imposed rules about decorum, dating, and curfews. Of course, the cliché of three women living together proved true, and Elaine and I were not very nice to Sylvia.

When I started Michigan, I was already politically oriented. Coming from an FDR Democratic family, I leaned left and was enamored with the young President Kennedy. Students for a Democratic Society (SDS) was established on Michigan’s campus in 1960 and the big issue then was racial equality.  But after JFK was assassinated during my freshman year, I watched in horror throughout college as President Johnson escalated the war in Vietnam. SDS split its focus between civil rights and anti-war efforts. I attended many teach-ins against the war. These were evening talks led by professors who took over buildings after classes ended to educate students about Vietnam.

My political evolution preceded my social one. It was still expected that women went to college to earn that Mrs. Degree. This dichotomy led to my joining a sorority which ultimately led to my involvement with campus activities like Winter Weekend and even becoming a semi-finalist for homecoming queen. When sorority rush took place in the second semester of my freshman year, I was not interested. Instead, Elaine and I decided we would share a double room in Stockwell. By sophomore year, however, Elaine was venturing into social waters in which I was not yet ready to swim. So, I belatedly rushed to join a sorority.

Fall rush was a new thing, most likely created for sororities that didn’t fill all of their openings the previous spring. It was the most painful social experience I had ever endured. Round one required us to visit every sorority on campus, although it was common knowledge that only the four Jewish ones would invite me to Round Two. The Jewish sororities were equally intimidating for me. Two of them were for wealthy girls and clearly out of reach. I could feel myself being evaluated by the clothing I wore, which was clearly not up to snuff. I wouldn’t be surprised if they hadn’t looked at the label on my coat when they checked it. I was invited back by the other two and received a bid to join the one with the lower status. Still, this would open the door for me to participate in relatively safe social activities, so I accepted. 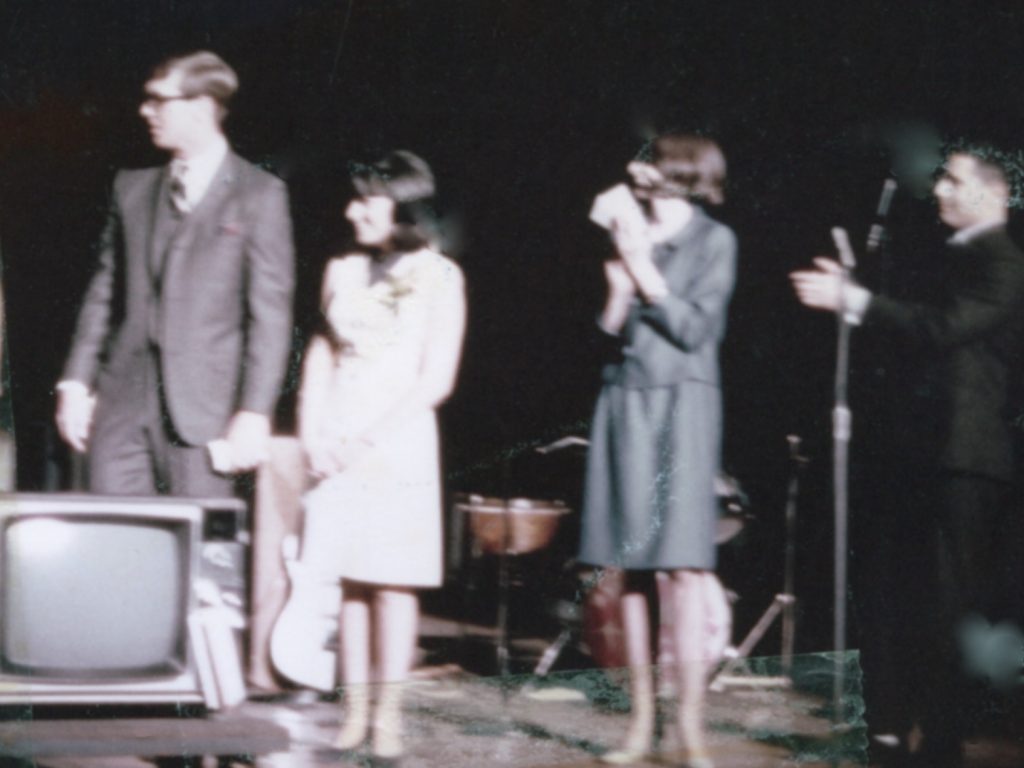 I don’t remember how I ended up on the Winter Weekend steering committee and co-chair of skit night, but there I was standing on the stage of Hill Auditorium announcing the winners next to a gorgeous and totally unattainable guy. From there, I was inexplicably nominated for homecoming queen and actually made the first cut. If you don’t believe me, check out this news clipping: 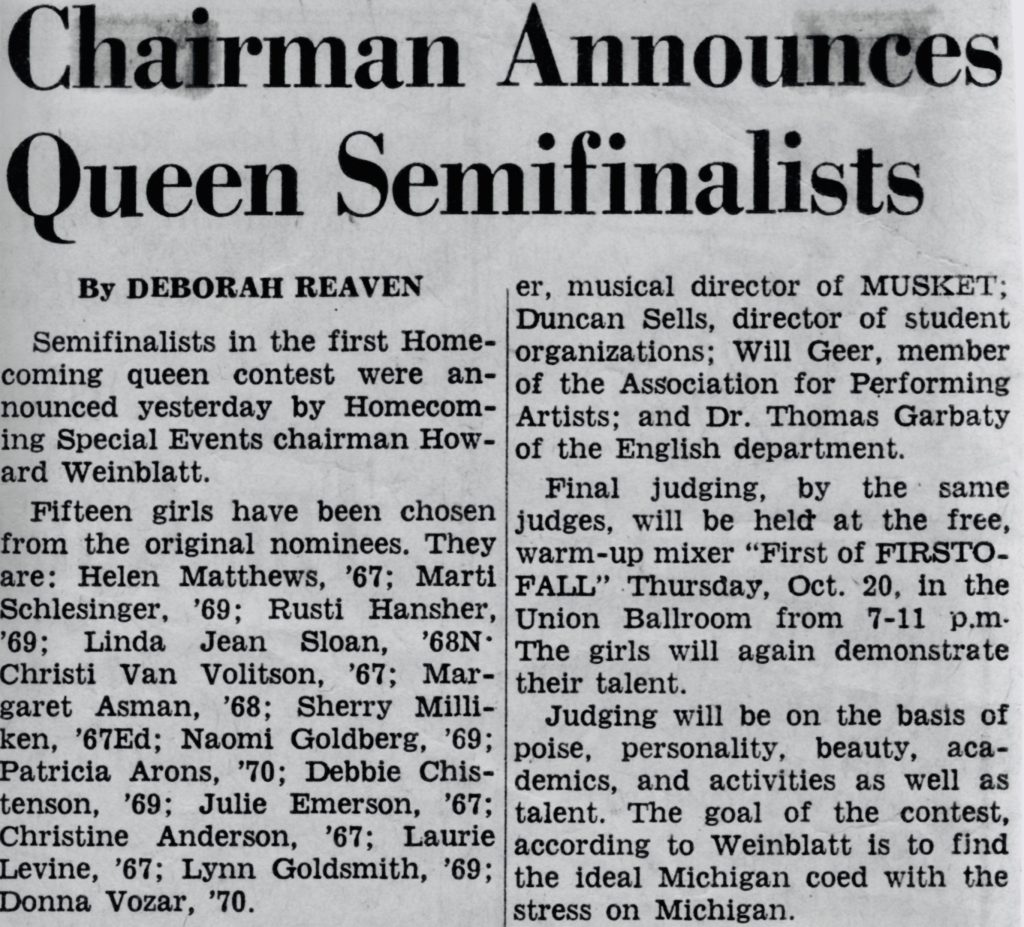 Unfortunately, the next round was the talent competition. Since my parents didn’t believe in lessons, I couldn’t play an instrument. Being an alto in the school choir and a social dancing school drop out left me with nothing. I can’t believe I read a memoir piece I had written as my talent. Needless to say, I didn’t advance any further.

By the end of my junior year, I wanted out of this nonsense. The last straw was being reprimanded by the sorority for missing a candle lighting ceremony. These spectacles epitomized all I had come to dislike about belonging to a sorority. The entire sorority was supposed to gather in a circle, singing some insipid song about waiting for a sweetheart and being loyal to the gold and blue (school colors). A lighted candle circulated. If it was blown out by a sister on its first round, that meant she was pinned (a frat boy had made a commitment to her by giving her his fraternity pin — think branding her off-limits to other guys). But if the candle kept going around and was blown out on the next round, that meant an engagement — a sister had earned her Mrs. Degree.

I was finished with sorority life and I deactivated. I vowed to spend my senior year in an apartment with three other women, which ended up to be a two versus two disaster. I promised my friend Paula we would work on our minds and not worry about our social lives. Within a week of making that vow, I went to the movies with Paula and left with Fred … but that’s another story. By then, I knew I was neither a homecoming queen nor a candidate for SDS. While I was invited to join Phi Beta Kappa, part of me still longed for Fred’s fraternity pin. I still had a lot of maturing to do before I figured out exactly who I was. 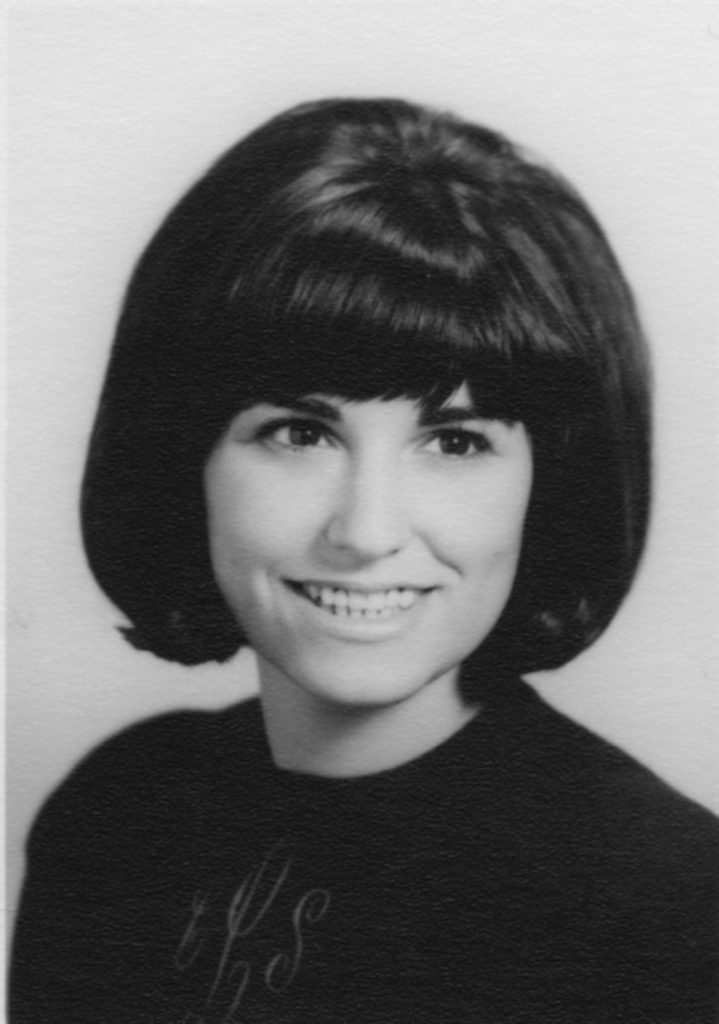 9 Responses to The Tenth One Goes to Michigan