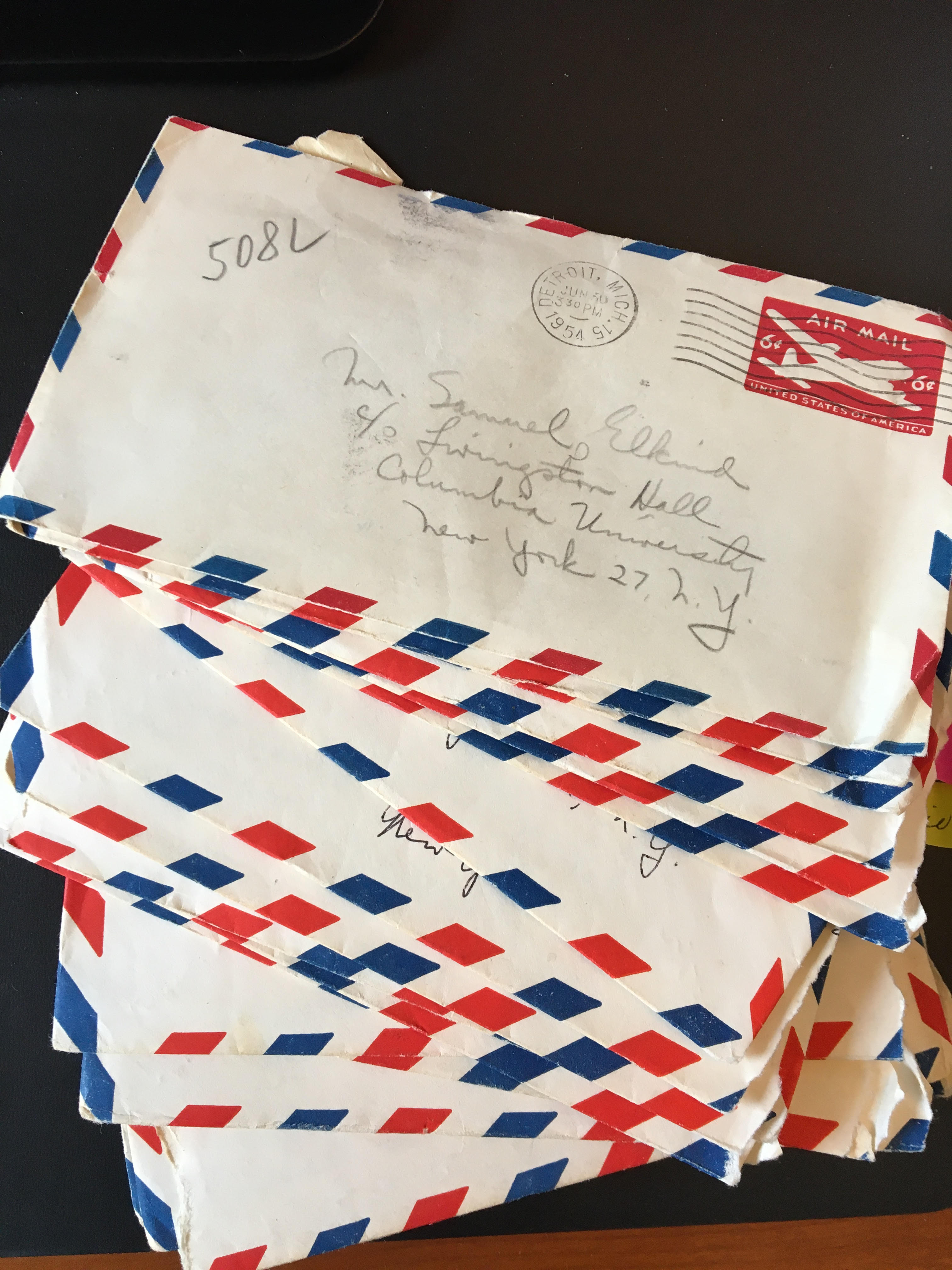 Or, more accurately: Time captured in a batch of letters.
After my mother passed away in 2007, my sister and I found a stash of letters tucked away in my mom’s old cedar hope chest, along with some of what we assumed was her honeymoon lingerie. What a find!
I’d forgotten about the letters, but going through my sister’s things after she passed away in 2015, I rediscovered them. She had been the keeper of the correspondence all those years.

I sat down recently and read all the letters again, the neat stack bound by a nearly dried out rubber band that snapped the minute I touched it.

My mom’s instantly recognizable penmanship: cramped and hugging the bottom line, unlike my dad’s–whose handwriting matched his larger, more expressive personality. Harder to read, but dramatic in its presentation.

What I saw re-reading these letters was a glimpse into the relationship and struggles of a young couple dealing with a temporary separation. I can empathize with my mother’s predicament: stuck in a small apartment with too many people–including her overbearing mother–and dealing with one and then two small daughters.

The letters were written almost daily during two times in the early years of my parents’ marriage. One set, far less interesting to me, naturally, were written before I was born– when my mother took my sister to Detroit to visit her family. The focus was often on money matters, since they were pinching pennies rather carefully in those days.
But another set of letters were written by my mom to my dad during the summer of 1954. He was in New York, at Columbia, doing graduate work while my mother, my sister and I stayed with my grandparents and uncle back in Detroit. Reading these letters provided some interesting insights into my three-year old self. Unfiltered. Parent to parent. Juicy details. Children behaving badly, with all misbehavior well documented by a woman seemingly on her last nerve.
From a letter dated July 1, 1954:”Your little Risa misses you so terribly that last night I said, ‘Look at the picture of Daddy and say hi to him.’ So she turns around and says, ‘But he doesn’t talk to me that way!’ ” (The letters contain many reports about my my bathroom issues, which are discussed in painful detail. TMI, Mom!) 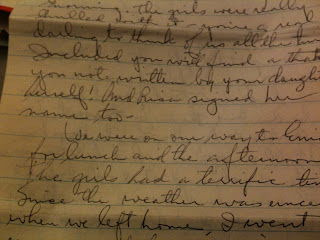 A behavior report, dated July 6: “When they’re behaving, they’re like angels.” Elsewhere, our antics are described as “embarrassing.” Yikes.
And by July 8, our shenanigans had been upgraded to “impossible.” If my older sister set a bad example, I would mimic her.  But then our mom tried a new tactic: “I bought the girls a bunch of stuff to play with yesterday and am taking them places each day so they won’t become bored or obnoxious.”  Score!
My molars merit a mention in the letter of July 11. Plans had to be canceled on my account. Not really my fault, but still.
July 15: I’m a water bug! We went swimming at a friend’s house. “Nobody could get over the way Risa took to the water — just like a duck. She has a pose that would slay you –she leans back, and it’s as if she were languishing on some gorgeous beach.”  I can still do that, too.
On July 17, we received a package from my dad. In my mother’s letter she writes: “Included you will find a thank you note, written by your daughter [my older sister. For some reason, I do not rate that same description] herself! And Risa signed her name too.” [Somehow, this still stings a little.]
There was a downside to an exciting day of playing with some other kids. “Risa was so pooped, she fell asleep at 5:00 while we were on our way home…I decided to deposit her in bed, and then just wait for further developments. You can well imagine what has transpired. She awakened at 8:00 full of vim and vigor, completely refreshed! Oh woe is me!” 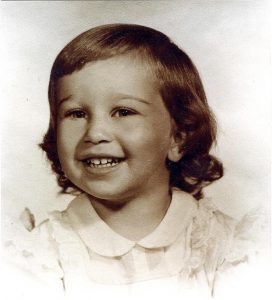 Who could be mad at this darling child?

Clearly, this was a rough time for my mom. She writes:”I hate to say that I can dislike my own child [my sister this time, not me], but she’s become more than I can take…I’m afraid that one day my rage will take over….” And her  efforts to get away (from us!) to spend time with our dad take on an air of desperation: “They’ll just have to suffer through it! I’m sure they won’t be any more the worse for wear….if they will only cooperate, my mother can manage. I’ve promised them they would get some dolls only if they were good and didn’t make too much of a fuss about my going.” (My grandmother was a stern and forbidding woman. We  didn’t take kindly to her, so this was probably not going to work out the way my mother hoped it would.)

In these letters, I see the beginnings of my mother’s dissatisfaction with us as we assert ourselves, develop independent minds, and show signs of rebellion. We were not the “seen and not heard” children I’m sure she would’ve preferred. This would not improve or change as, years later, we entered our teens.

But there were two other takeaways from this brief correspondence: my parents were truly in love with each other early on. It’s right there, written in pencil or pen on thin onionskin paper. They long for one another, and they aren’t shy about expressing their desire for each other. Some hot stuff in those letters, for sure.
The other takeaway has to do with my mother’s early dependence on prescription drugs to treat a variety of illnesses and conditions over the course of her lifetime. In one letter, my mother muses about “starting the methedrine routine again, because I’ve been eating too much and been getting too little exercise.” I had to read this twice to make sure I saw what I saw.  And it made me sad to think about her reliance on “Mother’s little helpers” from such an early point in her life.
These letters revealed a great deal about my parents’ early relationship, when they were desperate to be reunited and get back to life as normal. I also saw how helpless and unprepared my mother was in those early days. It’s all there, in her own words.

13 Responses to Time in a Bottle