Prompted By What My Father Told Me
24 comments. 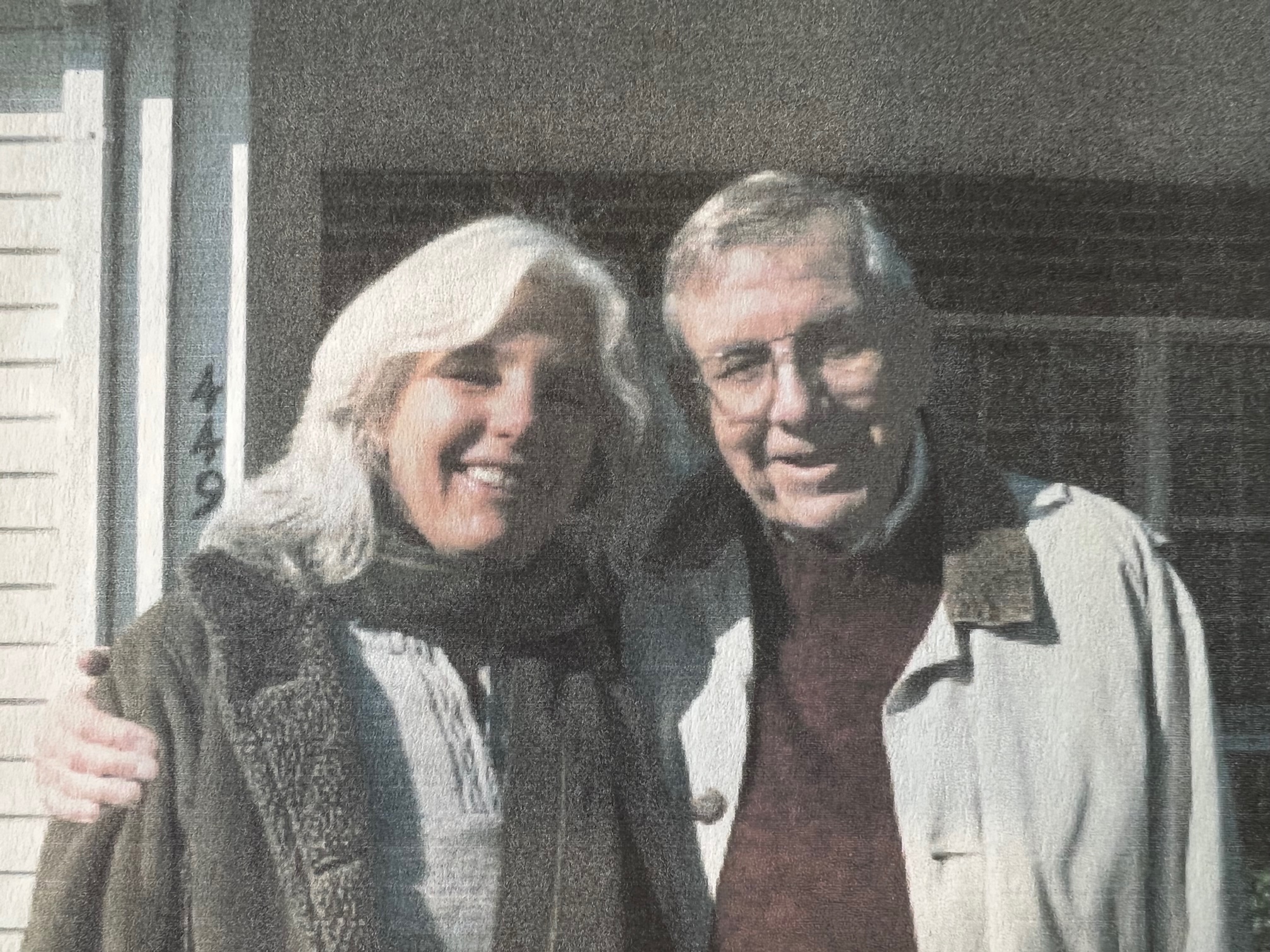 Growing up, my mother was the talker, the teacher, the one with opinions and the instiller of values.  My father was the one who spent the day at work doing worldly things, then presiding over the dinner table where my mother directed the conversation. Sometimes I wonder if my mother had some unacknowledged trauma with father figures (particularly a summer spent with her son-of-a-bitch grandfather), but she discouraged my father from close contact with his young daughters, and in many ways he fit in with the stereotype of the distant dad.

As my mother descended into dementia, her letters stopped, and we kept in touch through phone calls, increasingly with my father alone.  By the time my mother died, he had become my confidante and mutual support system.

My own distancing from family in college and beyond, geographically and emotionally, didn’t help.  It was my mother who still wrote the letters.  Averred that my father had more trouble accepting my “lifestyle” than she did.  And yet, the pendulum swung.

My father was the one who planned trips and loved to bring family together (which pained him when his children seemed unenthusiastic).  His career led him to become the ombudsman at work, the supportive listening ear and problem solver.  He volunteered on a hospice board, haunted by the memory of his mother’s untimely and difficult death when he was a child. He brought my mother across continents to visit the children, and to see old friends.  Until the end of his life, he chose birthday and Christmas presents that were remarkably thoughtful and on target.  He became a hugger.

We traveled together a couple of times, once finding ourselves stranded in the middle of a gas strike in France, trying to figure out next steps. Sally and I had our ideas, but he still stewed over different options.  Then he announced that he and my mother had talked it over and decided, “we’re sticking with you.”  Although I laughed at the time, I felt like a respected equal.

As my mother descended into dementia, her letters stopped and I kept in touch with my parents through phone calls, increasingly with my father alone.  When he had lung cancer, we talked through whether treating it was worth it (it was!).  We shared political rants.  He worried about how to make my mother happier, how to find the person he knew was “in there”; he never abandoned her even to the difficult end.

By the time my mother died, he had become my confidante and mutual support system. One day, he had an announcement, that he had, “I guess you could say, a significant other”.  It was an unexpected and delightful coda with a lovely person.  Hurray for them both.

When he was diagnosed with imminently fatal acute myelogenous leukemia a couple of years later, his first response was that he needed to make some phone calls—to those remaining family and friends.  He had already shared much of his life story through a just-finished book, and spent the next couple of months talking with those who gathered round–connecting, reminiscing, and reflecting on a life he considered well-lived.

On his final day, he became delirious, presumably from the predictable sepsis that often ends the lives of those with leukemia.  We—his children and his “significant other”—struggled to comfort him. He had told us in so many ways over the years that he valued the people in his life.  But while I held him and he fought to speak, I will not forget the last words my father told me were, “I love you”.