Visits from My Grandfather by John Zussman
50
(86 Stories) 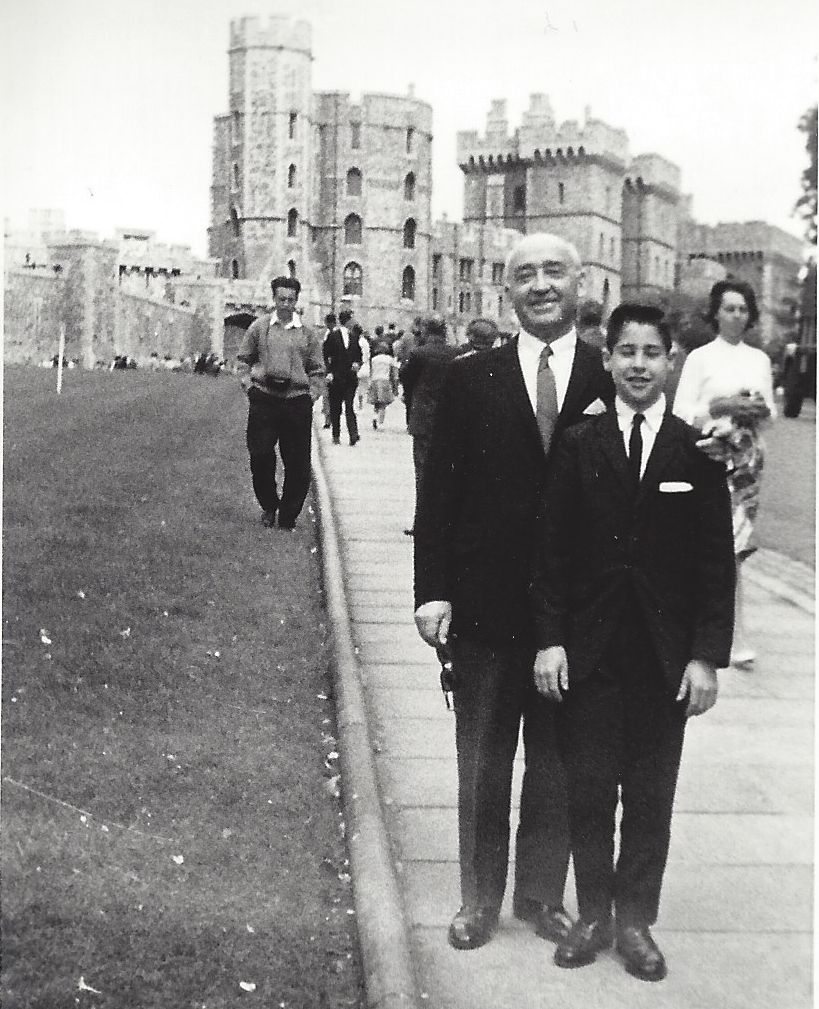 Grandpa and me at Windsor Castle, 1963, before we got to Israel.

Back in the fifties, when my grandparents were scheduled to visit, my sister and brother and I would be waiting at the window. They’d arrive in mid-afternoon, after we’d gotten home from school. My father would bring them home from the airport in our wood-paneled Ford station wagon, and we’d rush out of the house to greet them.

It is his scent that comes back to me most strongly: a mixture of leather, Barbasol shaving cream, and cigars.

As the oldest, I got to help with their luggage. I’d struggle up the stairs with my grandmother’s huge suitcase to the bedroom my sister had vacated for the duration. My grandfather would follow with his own bag, rich brown leather worn smooth, which he called his “grip.” He’d put it on the bed and open it, revealing a complex and wonderful arrangement of partitions and compartments. 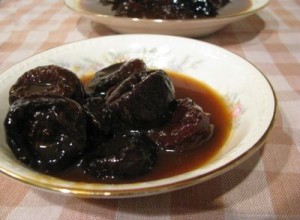 Part of my grandfather’s healthy breakfast

My grandmother stayed downstairs with my mother to rearrange the kitchen. Mom had already stocked up on All-Bran and stewed prunes. So I’d sit on my grandmother’s bed and watch my grandfather unpack. For some reason it is his scent that comes back to me most strongly: a mixture of leather, Barbasol shaving cream, and cigars—when he could get good ones. This was rare after Castro took power.

He’d take the toiletries out of his leather dopp kit and arrange them on the dresser, except for the small vial of nitroglycerin tablets which he’d put on the night table. The tablets were for his heart condition; he’d put one or two under his tongue whenever he felt anxious. But we had seen The Wages of Fear and we fantasized that he was a spy. We wondered if he had to drive his Cadillac carefully over potholes for fear the nitroglycerin would explode.

He shared the room, but not the bed, with my grandmother. They were married thirty years and bickered constantly. Behind their backs we sometimes called them the Battling Bickersons, after a popular radio show from the forties.

My grandfather hung up his clothes carefully, preserving every crease. “The best-dressed man in Chicago,” he called himself. Then he’d strip down to his union suit, one-piece underwear that extended from his neck to his knees. I marveled at the way he could grow thick hair all over his short frame, except on his head—a talent I have unfortunately inherited. He’d pull down the shades and I’d have to wait impatiently downstairs while he took his afternoon nap.

6 Responses to Visits from My Grandfather