What I Learned from Tommy by Nick Wyman
5
(5 Stories) 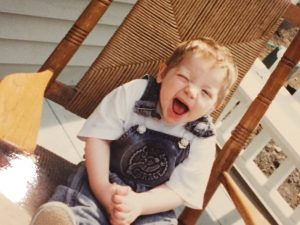 My acting career has been fairly successful by the standards of my grossly underemployed profession (though more of a sine curve than a hyperbolic upward climb). I have appeared on Broadway in eleven shows, and my work is available at the local video store. I even popped up occasionally on One Life to Live for a couple years as the vile Todd’s viler dad—which brings up an interesting point: I haven’t played a nice guy in over five years.

Indeed, probably less than ten percent of my roles have been the sort of generous, warm-hearted person I like to think of myself as being. Hmmm. What do directors and casting folks know that either I don’t know or I don’t look at? We’ll come back to that question.

I met Beth, a beautiful Juilliard-trained actress, in 1978 while we were both in Of Mice and Men at the Pittsburgh Public Theatre. As Lenny, I was doing the best work of my career (I’ve occasionally felt that I wooed Beth under false pretenses, that I’ve never been as good since); and as I broke Beth’s neck eight times a week for six weeks, we fell in love. We married the next year; and although Beth continued to act, she put our relationship before her career—turning down numerous opportunities to work out of town.

We had two daughters; and when Beth was pregnant with our third child, we moved to upscale Larchmont for the living space and the school system. Shortly after we moved, Tommy was born and was diagnosed at birth with a very rare syndrome called Rubinstein-Taybi-Syndrome that has left him developmentally disabled—what was called mentally retarded in less politically correct times. 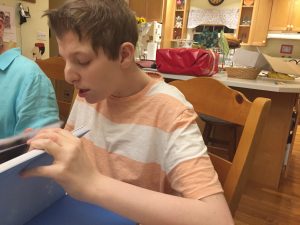 Tommy’s syndrome was entirely unexpected; and life since September 18, 1991, has been a process of adjustment and extraordinary personal growth. In my adolescence (scheduled to end shortly after the millennium), I tried to mask my insecurity through an exaltation of my three outstanding characteristics: tallness, blondness, and intelligence. Tommy shattered the glass house of this world-view like a meteorite. Born with a superabundance of sable brown hair and predicted by RTS case histories to be at adulthood the size of a fifth-grader but with lesser intelligence and capabilities, Tommy made me reevaluate both the standards by which I judge people and the extent to which I judge people. What’s so all-fired important about being smart, let alone tall or blond, and who am I to pass judgment on people?

It’s a lifetime of this arrogance that casting directors read in my face when they cast me as pompous jerks or cold killers. They say until the age of forty we have the face God gave us and after forty we have the face we made ourselves. I don’t know how many years it will take to develop a face of castable kindness and generosity, but I’m working on it.

Adapted from my 1997 college class report. I am still working on the kinder, gentler Nick, and I still play arrogant jerks. 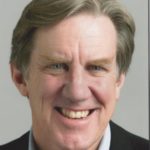 5 Responses to What I Learned from Tommy