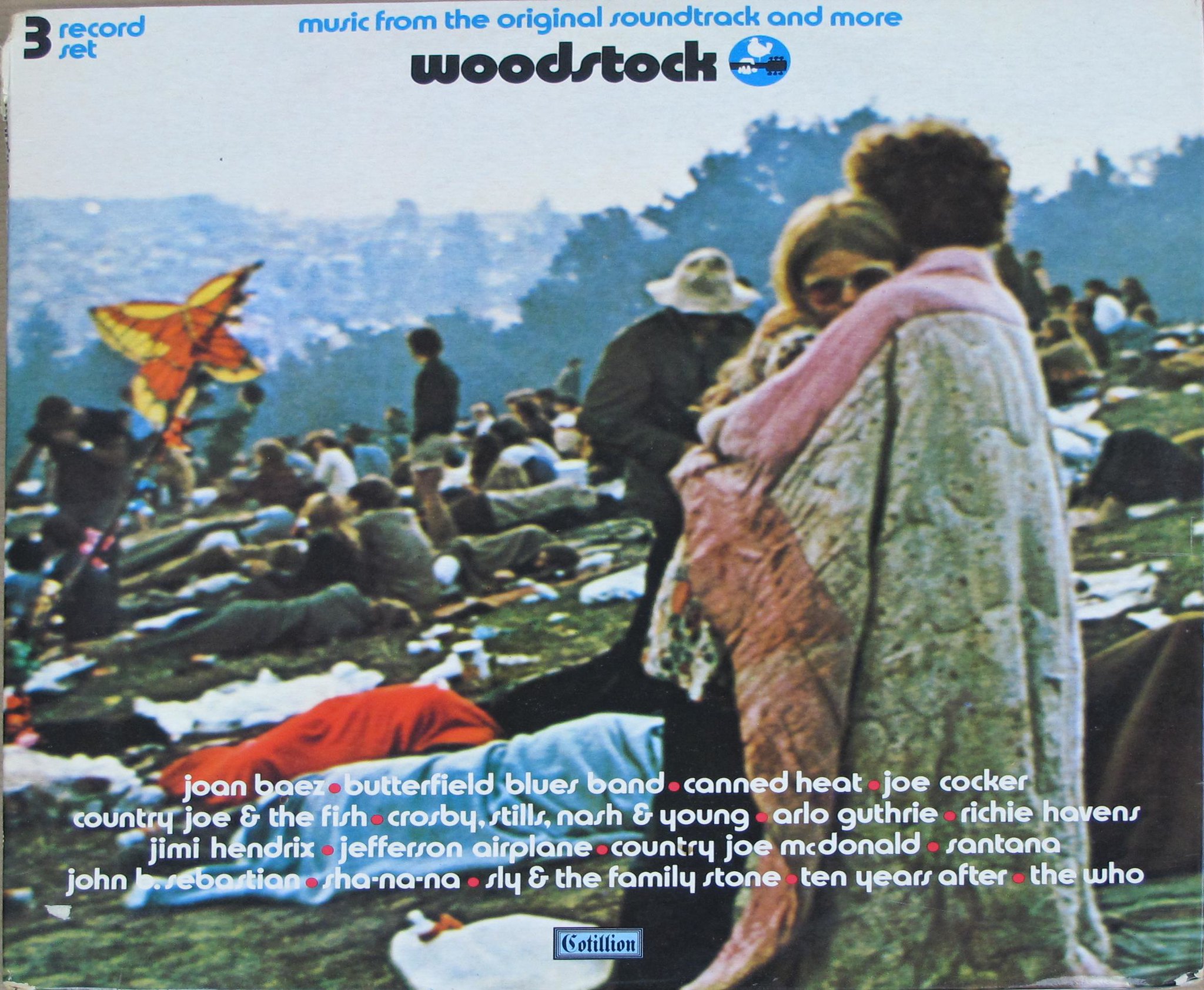 Woodstock was another huge moment of 1969 that happened when my husband and I were on our grand tour of Europe, Greece, and Israel. While almost a half-million “hippies” formed a community of peace, love, and music on Max Yasger’s farm, we were tooling around Israel blissfully unaware it was happening.

Seeing the documentary movie version the summer of 1970 shaped my Woodstock experience.

Thus, it was seeing the documentary movie version the summer of 1970 that shaped my Woodstock experience. We were visiting my family in the Detroit area and my parents were out for the evening. While we were celebrating our second anniversary and I was a high school English teacher and my husband a medical school student, we still felt young and carefree. After all, we were many years away from being thirty, the age at which people were no longer to be trusted in those days. 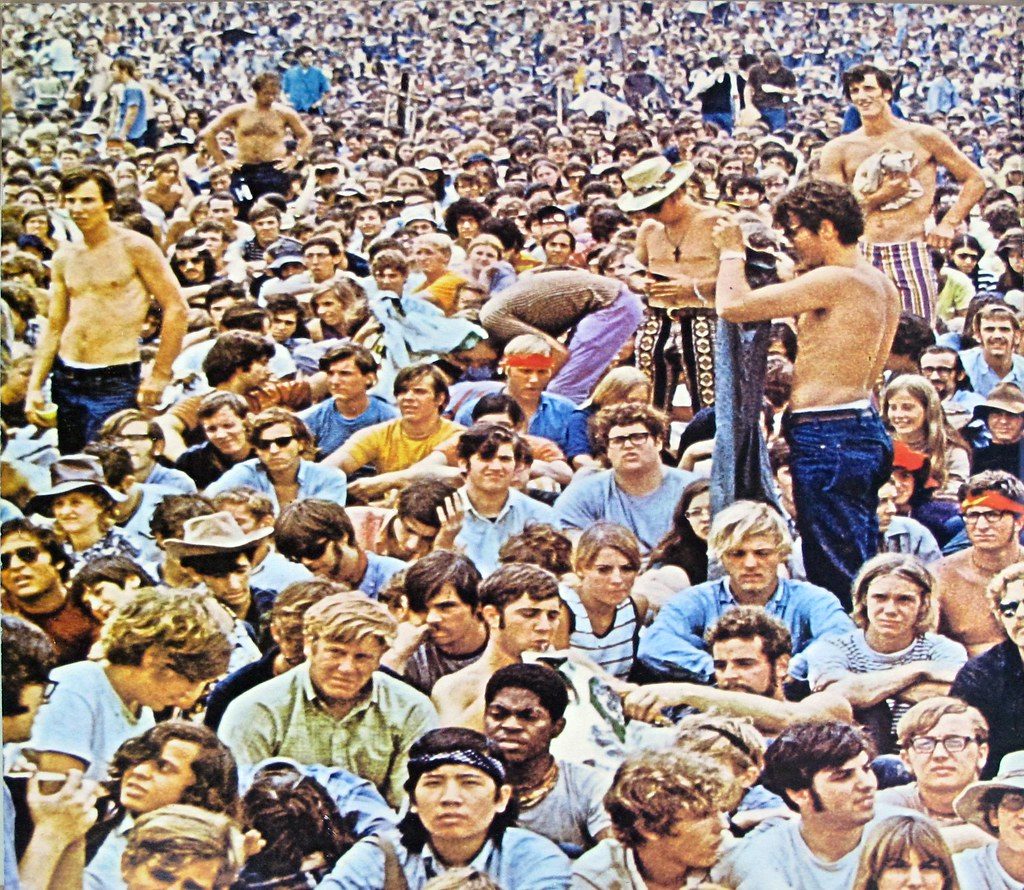 My younger college student brothers were heavily into pot back then. Amazingly, my parents had no idea this was happening. In fact, my mother found cigarette rolling paper and what she thought was tobacco under a sofa cushion and was upset that my brothers were smoking cigarettes. She asked me why they would choose to roll their own rather than just buy them in the store. “I have no idea, Mom.”

The four of us determined that Woodstock was an experience best seen stoned, and we proceeded to get high before departing for the movie. It was playing at one of those old, ornate movie palaces downtown, so we piled into my brother’s car and drove to the theater, erratically changing lanes on the expressway and laughing hysterically while the radio blasted. As my brothers predicted, the movie blew our minds. Actually, I don’t remember it all that well except for euphoria of sharing the experience.

By the time we returned to my parents’ apartment, the magic had worn off. We were confronted with the mess we had left and by the need to air the place out to remove the smell of marijuana, although I doubt my parents would have know what that strange smell was. Despite the fact that I would be a mother by the following summer, I felt cool and carefree that night. 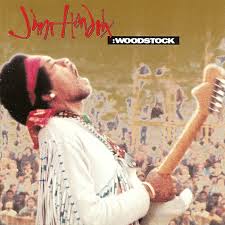 My generation was haunted by political assassinations, upheaval over civil and women’s rights, and the threat of being drafted to fight an unjust war in Vietnam. Songs like Freedom by Richie Havens, I Feel Like I’m Fixing to Die Rag by Country Joe and the Fish, We’re Not Going to Take It by The Who, and Jimi Hendrix’s amazing rendition of The Star-Spangled Banner spoke to our passion and anger.

A recent PBS American Experience Documentary, Woodstock, Three Days That Defined a Generation, brought the experience of being young and politically angry in 1969 back. What really struck me, 50 years after Woodstock, was the story of Max Yasgur, the man who agreed to allow the festival to take place on his farm. He was a conservative Republican who supported the war in Vietnam but also wanted to close the generation gap and believed older Americans should try to understand the younger generation’s views. When food concessions ran out of goods, he and the local citizens donated food and water to ensure that the kids attending the concert were fed and cared for. Yasgur was a very different Republican from today’s breed. His son described him as an individualist governed by his principles and belief in freedom of expression rather than by profit or greed.

He told the town board of Bethel before the festival:

On August 17, 1968, Yasgur addressed the crowd at Woodstock, saying:

“I’m a farmer. I don’t know how to speak to twenty people at one time, let alone a crowd like this. But I think you people have proven something to the world… This is the largest group of people ever assembled in one place. We have had no idea that there would be this size group, and because of that, you’ve had quite a few inconveniences as far as water, food, and so forth… You’ve proven to the world is that a half a million kids – and I call you kids because I have children that are older than you – a half million young people can get together and have three days of fun and music and have nothing but fun and music, and I God bless you for it!”

Can you imagine a man like Yasgur saying that in 2019? That was the true magic of Woodstock.